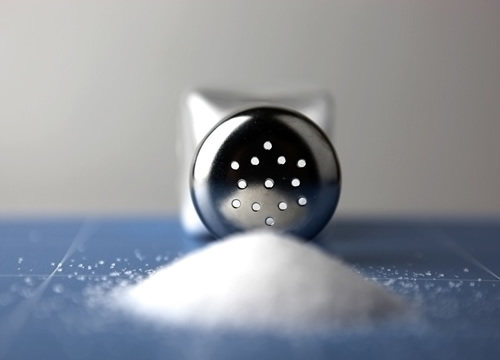 Did you know that there is no difference between sea salt, kosher salt and regular table salt?

Well, that is except for size, shape, texture, added ingredients and PRICE.

Yesterday I was listening to Radio Times with Marty Moss-Coane while in the car driving to the supermarket to find something for dinner. She was interviewing Robert Wolke, professor emeritus of chemistry at the University of Pittsburgh and winner of the James Beard Foundation's award for a food column he writes at the Washington Post.

He also wrote two books "What Einstein Told His Cook" and the sequel, "Further Adventures in Kitchen Science". Both are available at Amazon. Just click on the links to learn more.

What is both fascinating and new information for me is that there's essentially no difference between the various salts on the market.  Sodium Chloride is Sodium Chloride.

But the Gourmet marketing gurus have been telling us for years that sea salt has a more exotic salty taste and kosher salt has more flavor but according to the Professor, that's all a lot of marketing hype.

Hmmm. I do like my sea salt and love to sprinkle it on my tomato and mozzarella with basil, and it does seem to taste better. Why?

According to the Professor, the difference is texture. Sea salt is composed of larger, flakier crystals and what you "taste" is the crunchiness of the salt texture not its flavor. When you bite into a larger crystal of sea salt, you get "shots of flavor."

But when you cook with sea salt and it dissolves into the rest of the ingredients, there is no difference. NaCl = NaCl.

You may have also heard that sea salts contain more minerals than table salt. Again not true according to Wolke. The process of crystallization actually purifies the salt to its basic elements - NaCl.

What about kosher salt?

Kosher salt is no different than any other salt other than it usually has no additives, like iodine, and has large crystals with big surface areas. Because of its size and shape, kosher salt is used in the process of koshering meat to remove any residual blood to allow it to conform to Jewish food laws. By itself, kosher salt is not kosher.

Wolke says that chefs like to use kosher salt because the coarse crystals are easy to handle and measure out with their fingers. You can grab a pinch of it and have something substantial as compared to table salt.
Because the kosher salt has bigger crystal you actually have to use more kosher salt for the same saltiness. This can create problems when you are following a recipe that calls for 1 teaspoon of table salt or 1 teaspoon of kosher salt.