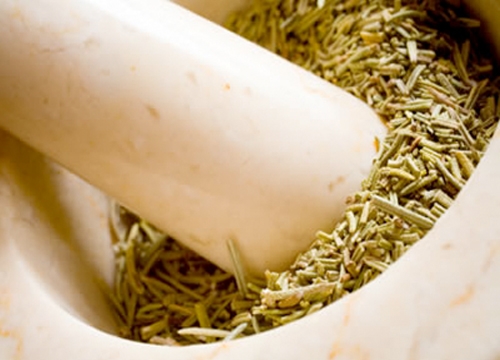 Back to the Grind

More often than not in life, when we expend additional effort and time on an endeavor, our results are more fruitful.  This is absolutely true in the culinary world.

There are three main reasons why a top notch restaurant staffed with professional chefs can produce a superior meal as compared to the average home cook.  The first is the quality of the ingredients.  World class restaurants fanatically seek out the best producers for their various products.  The second is technique.

A chef knows all the countless little extra steps (and how to perform them correctly), that accentuate the flavor of a dish.  The final element is using not only the right equipment, but equipment of high quality.

The average home cook usually doesn’t have the time to visit multiple stores and farmer’s markets scoping out the prime specimens of each ingredient they need.  Nor would it be practical for them to have shipments of fresh food items arriving daily from large scale producers strewn about the country.

Jumping to the third factor, i.e., equipment, space and financial limitations may prohibit individuals from procuring restaurant-level apparatuses.  But the second factor, i.e., technique, can be within the grasp of almost anyone.  People can learn cooking methodology and hence improve the quality of their domestic concoctions.  Case in point:  Grinding your own spices.

Spices are aromatic seasonings that come from the bark, (cinnamon), buds, (cloves), fruit, (paprika), roots, (ginger), or seeds, (nutmeg), of plants.  Herbs, by contrast, are the leafy parts of plants such as basil, mint, or oregano.

Many spices are available in whole form or ground such as nutmeg, cloves, coriander, cumin, fennel seeds, achiote, black pepper, hot peppers, and many others.  Some, like paprika, are only available ground.  But for the purposes of our present discussion, I’d like to focus on the spices whereby you have a choice of acquiring them in their whole, as opposed to their ground form.

Depending on the recipe in question, you might employ a spice whole.  This is done where you want some of the essence of the spice without consuming it directly, possibly because it may be too overpowering.

Examples include studding a ham with whole cloves or throwing a few dried hot peppers into your General Tso’s chicken.  But of course there are innumerable applications where ground spices are called for.  Here’s one little corner of the culinary world where the home cook can stand toe to toe with a professional chef with minimal ancillary effort.

Buying your spices whole and grinding them yourself will universally produce greater flavor than employing their pre-ground counterparts.  Unlike a stellar Bordeaux, spices do not improve with age.  Quite the contrary, they deteriorate, be them whole or ground.

The ground however, degrade even faster.  Even a brand new jar of a ground spice will not pack as much punch as a fresh whole specimen.  Spices contain essential oils and other flavor compounds which quite simply dissipate quicker once pulverized.

The general rule of thumb when it comes to shelf life is six months for ground spices and one year for whole.  But again, even the first half-year of a ground spice’s fragrance is not equivalent to the same aged whole spice.

The beauty of this issue is that for a small investment in time and money, you can reap high rewards, or more bang for your buck, idiomatically speaking.  A decent spice grinder can be procured for $25 or less.

Many of these also double as coffee bean grinders.  But be forewarned, if you grind your own coffee beans, I strongly encourage you to have one grinder for coffee and another for spices.  No matter how well you clean it, using one grinder interchangeable will inevitably taint the flavor of your coffee.

Depending on different recipes and individual tastes, there’s practically an infinite combination of spices that can be ground together to produce a particular flavor profile.  While you can feel free to indulge your whimsy and personal palate, keep two guidelines in mind.

While there are certainly exceptions, a loose generalization is to employ spices that are geographically similar in origin.  One of the things that distinguishes Chinese from Mediterranean cuisine for example, is the incorporation of ingredients indigenous to that part of the world.  Natural products that have developed from the same bioclimate tend to share more affinity than ones from discrepant environments.

Thus, Sichuan peppercorns would blend better with star anise than dried tarragon.  The second issue to consider when producing a ground spice amalgamation is knowing which spices are more pungent than others.  This is to ensure that a very potent spice, (such as nutmeg or allspice) doesn’t overpower the other constituents.

Below are some spice blends to get you started on your grinding journey.  With the exception of Chinese five-spice powder, (which has a specific recipe), all of these combos can be augmented to suit your personal taste.

I rarely measure my spice blends and simply eyeball the quantities to suit the moment.  Some of the ingredients below are only available ground, (such as onion and garlic powder).  But in the spirit of this discourse, grind any ingredient that is available whole.

(Equal amounts of the following)

We used this combination in one restaurant I worked on our duck confit.  But try it on roasted duck or chicken as well.

(Better known as garam masala, such Indian spice blends are briefly toasted in a dry sauté pan to release the essential oils of the spices and intensify its fragrance)