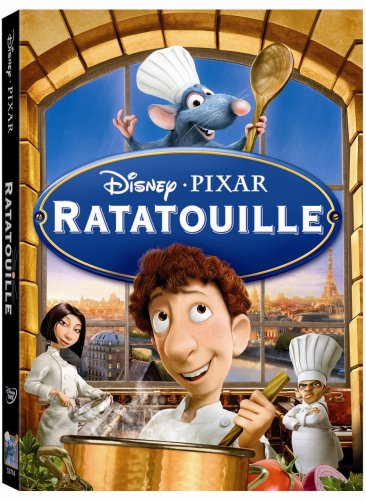 A Collection of Great Movies About Food & Cooking

There have been so many great movies with food and cooking in the storyline. Doesn't it seems like there are more and more of these movies being made every week?

I think it has to do with the greater interest in food altogether.  With so many food networks, top chefs, & celebrity chef television shows being all the rage, it's no surprise there are so many foodie movies being produced.

Here are a few of my favorite movies listed by date and provides the release date, director, quote from the movie, language, awards and a few comments by me describing what the story is about. I'll be adding more movies as I think of them or get a chance to watch them.  Many of the earlier films were viewed many years ago and I can't wait to watch them again with my kids.

There are also a lot of great food movies I have not included (yet) and over time will try to add them. If you have some suggestions for me, please let me know in the comments section below.

Released:1987
Director: Gabriel Axel
Great Quote by Old Lorenz Lowenhielm: Mercy and truth have met together.
Language: Danish with English subtitles
Awards: Academy Award for Foreign Language Film
Storyline: Takes place in 19th century Denmark where Babette arrives from France as a refugee looking for a place to live and ends up working for 2 older, unmarried sisters living in a small village on the coast of Jutland. The two sisters cannot afford to take Babette in so she offers to work for free as their cook. For 14 years she cooks for them the bland meals they are accustomed to while living an abstemious lifestyle. Babette's only connection to France is a friend who once a year buys her a lottery ticket and as you can guess, she wins a sum of money which she uses to pay for a "real French dinner" as a show of her appreciation. The results of this incredible meal is more than just a pleasurable dining experience so I'll leave you to watch the movie to see how Babette's Feast changes some lives forever.
Purchase at Amazon: Babette's Feast

Released: 1993
Director: Alfonso Arau
Great Quote by Laura Esquivel: Each of us is born with a box of matches inside us but we can't strike them all by ourselves
Language: Danish with English subtitles
Awards: Ariel Award for best picture
Storyline: Based on the novel by Laura Esquivel published in 1989, this is the story of a young girl, Tita, who falls in love with Pedro but her mother refuses to let her marry him. Instead her mother offers her sister's hand to Pedro which he accepts to be closer to Tita. In the meantime, Tita bakes a special wedding cake with her tears causing anyone who eats it to become sick. Can you see where this is going? The story gets much more involved but every time Tita cooks, something crazy happens so I'll let you watch it and find out for yourself.  I sure would like to get my hands on Tita's cookbook.
Purchase at Amazon: Like Water For Chocolate

Released: 1996
Directors: Campbell Scott And Stanley Tucci
Great Quote: To Eat Good Food Is To Be Close To God.
Language: English
Awards: nominated for Grand Jury Prize at Sundance, Scott & Tucci won the New York Film Critics Circle Award
Storyline: Takes place in my home state of New Jersey in the 1950's where two brothers, Italian immigrants decide to open an Italian restaurant called Paradise. One of the brothers, Primo, is an incredible chef trying to teach Americans about real Italian food while his younger brother, Secondo, is the restaurant manager and just wants the restaurant to succeed. The storyline gets complicated as the business is failing and Secondo starts cheating on his girlfriend. It's a great story, incredible acting and amazing food scenes.
Purchase at Amazon: Big Night

Released: 2007
Director: Brad Bird
Great Quote by Gusteau: If you focus on what you left behind you will never see what lies ahead!
Language: English
Awards: Oscar for Best Animated Feature Film, Best Animated Feature Award from the Chicago Film Critics,  National Board of Review, Annie Awards, Broadcast Film Critics,  British Academy of Film and Television (BAFTA), and the Golden Globes.
Storyline: Simple, a rat who can cook meets a young man who can't, throw in a love interest and a devious restaurant owner plus a pompous food critic and I'm sure you can see where this is going. As you can imagine, all works out in the end but the fun part is watching how the story develops along with the cast of voice characters. The soundtrack is also a delight and won a Grammy Award for Best Score Soundtract Album.
Purchase at Amazon: Ratatouille

I'll be adding more over time including new movies I find and watch but I would love to hear about some of your favorite food movies in case I miss any.