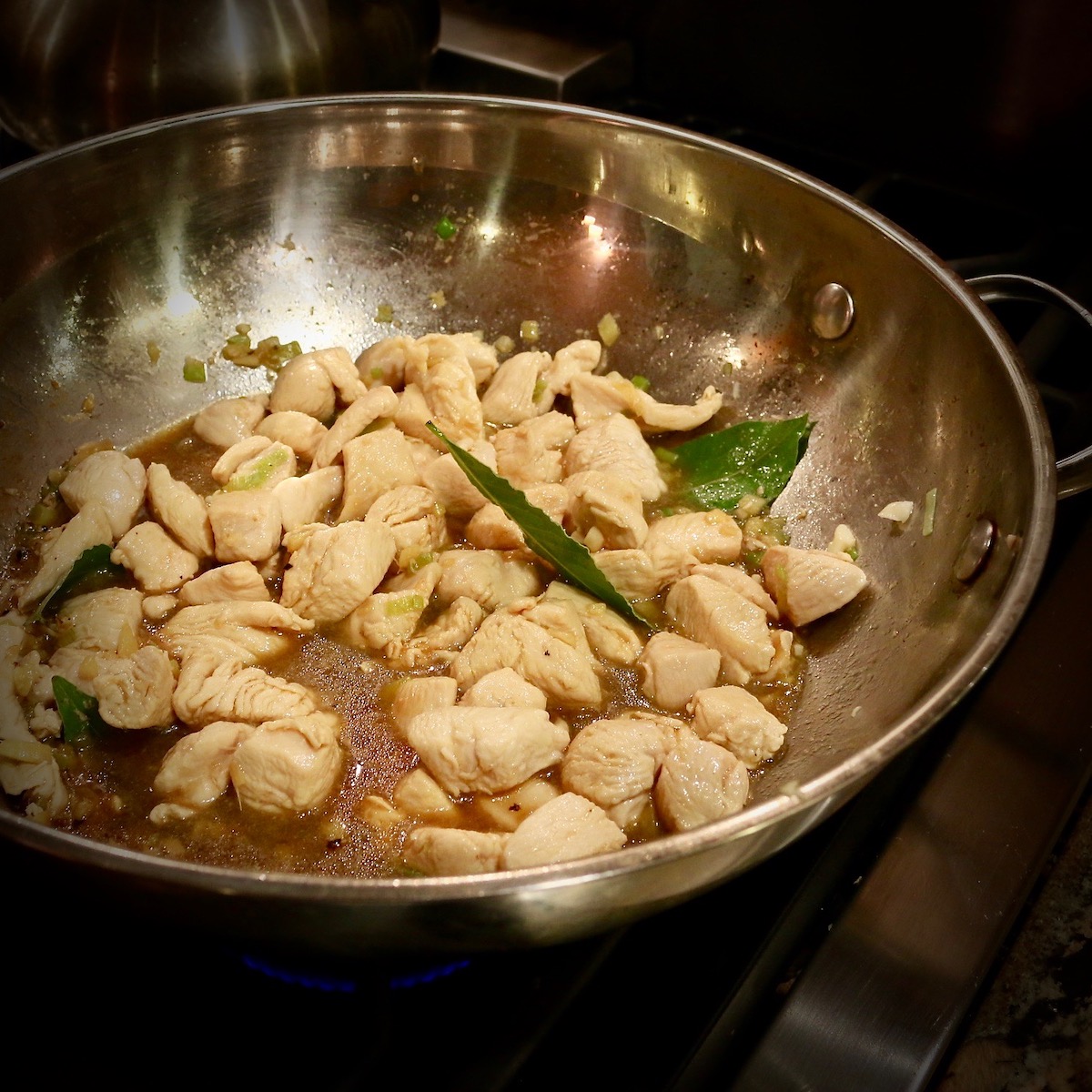 How About a Leftover Chicken Stir Fry?

We had a roasted chicken on Monday night and I thought there was a lot leftover but it turned out there was only one breast and one leg. So my idea of making a curry sauce to serve over the chicken that would be served over couscous needed to be changed rather quickly since I needed to make dinner in the next 20 minutes. How about a leftover chicken stir fry?

So I decided to clean out the refrigerator a little and throw together a quick stir-fry with some spices and various vegetables that were on their last legs along with the leftover chicken. It was quick and easy and delicious too. Simple but tasty.

It's pear season and I purchased a flat of them at Costco so for a salad my wife sliced up some Bartlett Pears, placed the slices on some Romaine lettuce, crumbled some blue cheese on top and served it with a commercial brand poppy seed dressing. Again quick, easy and delicious.

As with all stir-fry, the most work and time is spent getting the ingredients ready. See my web page on stir-fry. It is important to try and chop all like ingredients to the same size so they cook evenly.

I peeled the garlic but left it whole. All I wanted to do was flavor the oil with garlic and ginger. By leaving it whole, it's easy to work with and does the job nicely.

If you like the taste of garlic, by all means chop it up or slice it. The ginger I did slice, but if I wanted to add more flavor from the ginger, I would have grated it.

I sliced the onion and cut the slices in half. For the peppers, I cut the top and stem off, removed the seeds and membrane and cut them into ¼ inch slices. The green beans were washed, trimmed of ends and cut into quarters or thirds. The broccoli stems were cleaned and separated.

The chicken was already cooked so I just removed the meat from the bone and sliced it into strips. It was more like shredding than slicing because the meat was so tender. Now I was ready to start cooking. 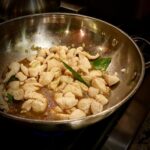 It actually took less time to make dinner tonight than to write & post this recipe. Isn't that a funny thought?
« Sauteing Chicken Breasts - How to Keep From Burning
Demi-Glace For Great Steak Sauce »