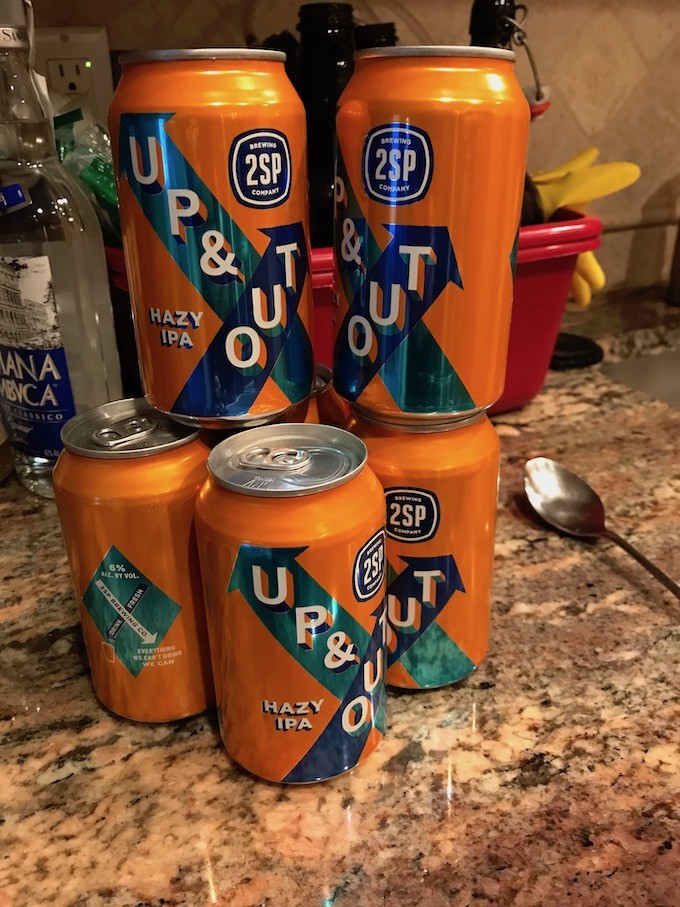 There are so many great craft breweries popping up in cities and towns across the United States. Here in the Philadelphia region, there are dozens including 2SP out of Aston, PA. They make a Hazy IPA (Indian Pale Ale) called Up & Out and it is now my favorite go to beer when sitting out on the patio catching some rays before preparing dinner.

What Is A Hazy Indian Pale Ale?

While researching this post, I realized there is so much I don't know about different styles of beer. To understand what a hazy IPA is, you first have to understand what a Pale Ale is by looking at what goes into making them and then how Indian Pale Ales were developed from them.

"New England IPAs are beers that are purposely hazy or cloudy, which can give these brews a smooth, creamy mouthfeel – a departure from the light/dry mouthfeel you often get with West Coast IPAs – with little to no hop bitterness at the end utilizing hops that impart a tropical, juicy sweetness rather than the classic bitter, dank or citrus-y flavors West Coast IPA lovers have come to expect."

When I start seeing terms like kräusening, protein-polyphenol haze, and turbidity to describe hazy IPA's, I realize I'm out of my league and will seek the help of a master brewer friend to help me understand what's really going on here. In the meantime, let me tell you a little about UP & OUT.

The Short of It 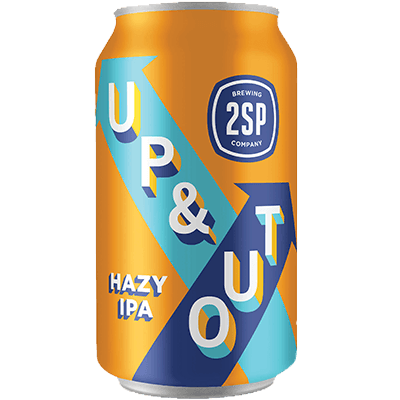 The first thing I wondered about when I read UP & OUT is "juicy" IPA - what does juicy mean? There is a very good article at beervanablog.com detailing what they think this term means. They seem to think juicy refers to fruitiness so why not just say the beer tastes fruity. They go on to say,

"fruity" is the descriptive term, but “juicy” is an evocative one. It hints at an experience, as when a dribble of sun-warmed liquid runs down one’s chin after biting into a peach. By this reckoning, juiciness is extreme fruitiness.

And then there is the term "hazy". This same post looks at this term and suggests - It has become shorthand for a class of beers we used to call, inelegantly, New England IPAs.

My Takes on UP & OUT

When you pour it into a clear glass, you witness the hazy golden color with a bright white head. There is moderate carbonation that does not overwhelm you.  You'll also find some lacing on the sides of the glass from the pour.

The first sense you get when bringing your glass to your lips is the aroma. It definitely has a big, wonderful aroma. My first sensation is one of earthiness. Next comes some stone fruit aromas like peaches and apricots and a whole lot of citrus, especially grapefruit.

Wonderful smooth, creamy mouthfeel on the first sip along with light persistent carbonation. I'd say the mouthfeel is medium bodied.

Juicy or should I say fruity. A nice blend of sweetness with a touch of bitterness from the hops. You can definitely taste the fruits - peaches, pineapple and more grapefruit. Not at all overwhelming bitterness.

Nice light finish with some lingering hop bitterness but not too much. As the light bitterness fades, you are left with another hint of fruitiness.

This is a fantastic beer for those who enjoy New England style IPA's. Great for hanging out on the patio at the end of the day with the sun still high enough to offer some warmth. Perfect for catching up with a friend, enjoying a meal or just listening to some jazz by yourself.