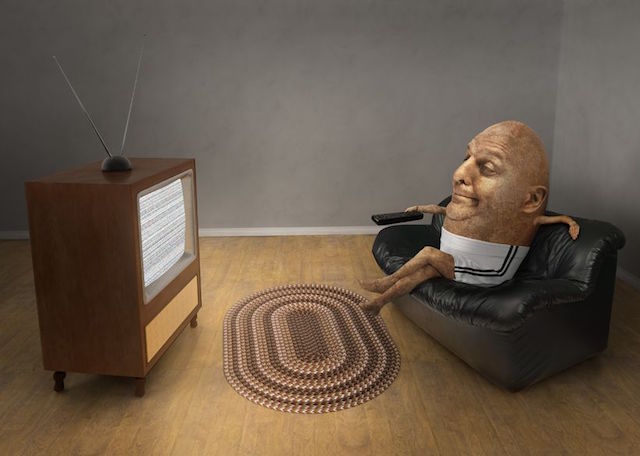 What Does "Couch Potato" Mean & Where Does It Come From?

It's football season and for many of us who really enjoy the game or any other sport shown on T.V., we have the potential to turn into "couch potatoes".  And now there are all these great shows on cable television like Game of Thrones that I still need to binge watch, meaning MORE time on the couch.

I'm interested in the history of idioms especially food related ones like "couch potato". Where did they come from? When did they first start being used? What's their story?  I even have a post with several of them at Everyday Food Phrases Explained I think you might enjoy. 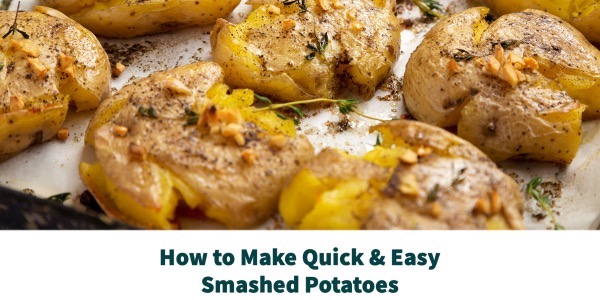 Although many idiom scholars (are there really such people?) will say this expression was first used on July 15, 1976 by Tom Iacino who belonged to a group of people who made fun of diets, exercise and general good health measures and opted for watching a lot of television and eating a lot of junk food.  They called themselves the "boob tubers".

The "boob" comes from the expression "boob tube", a popular expression I heard my father say to me way too often, "Gary, turn off that stupid boob tube and go do your homework!"

Back then televisions actually had vacuum tubes in them which were called cathode ray tubes or CRT's that were used to display images. When I explained this expression to my daughter, she didn't understand the term "boob" and thought it had something to do with the female anatomy. I explained to her the term "boob" was in fact a word used to describe a "a foolish or stupid person". 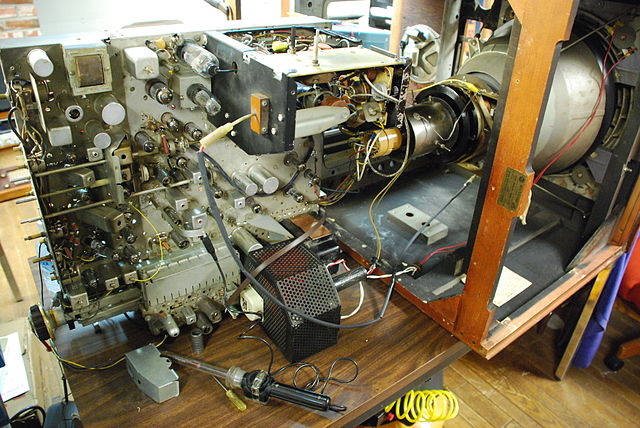 Then Iacino did another amazing play on words where tube becomes tuber, another way we describe an everyday potato.  He imagined a giant tuber (potato) hanging out on the couch watching the television (boob tube) and came up with the expression "couch potato".

Some other people think the term potato is used because of how it looks - fat, rounds, shapeless - sort of what someone might look like if they spend all their time on a couch watching T.V. and eating junk food.

And then there are some who associate the term "vegetable" or "in a vegetative state" describing someone who is unconscious and in a coma as being a way to describe someone "vegging out" on the couch watching television.  And since a potato is a vegetable, why not say someone is a couch potato?

Back in 1982 Jack Mingo wrote The Official Couch Potato Handbook - A Guide to Prolonged Television Viewing that was illustrated by Robert Armstrong and according to the book, trademarked the terms "Couch Potato" and "Couch Potatoes" and copyrighted the Couch Potato Anthem, "Is There Room On the Couch For Me".

Below you'll see a cover of the book that is still available to purchase at Amazon and a photo of the Table of Contents. You can see that Mr. Mingo put some thought into this tantalizing work of non-fiction. 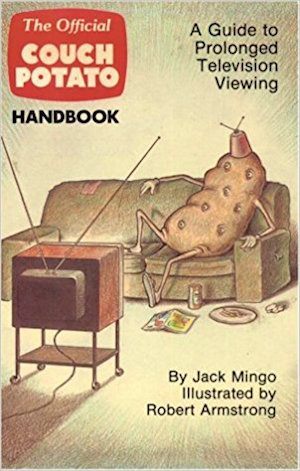 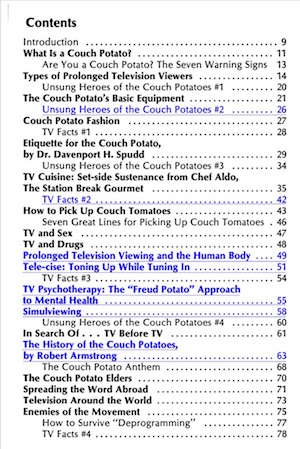 In the book, starting on page 63, Jack Mingo writes about the history of the Couch Potatoes that describes the founding members, including Tom Iacino and how they would "get together on Thursday nights to follow the adventures of the Space Family Robinson and Dr. Zacary Smith on Lost in Space". (One of my favorite shows at the time)

They called themselves the Lost in Space Club which eventually turned into the Couch Potatoes after Iacino coined the name. The nine members of this group watched a lot more T.V. and soon their lady friends came up with the Couch Tomatoes while watching an episode of the Mary Tyler Moore Show and "The Equal Rights to the Couch Movement" began.