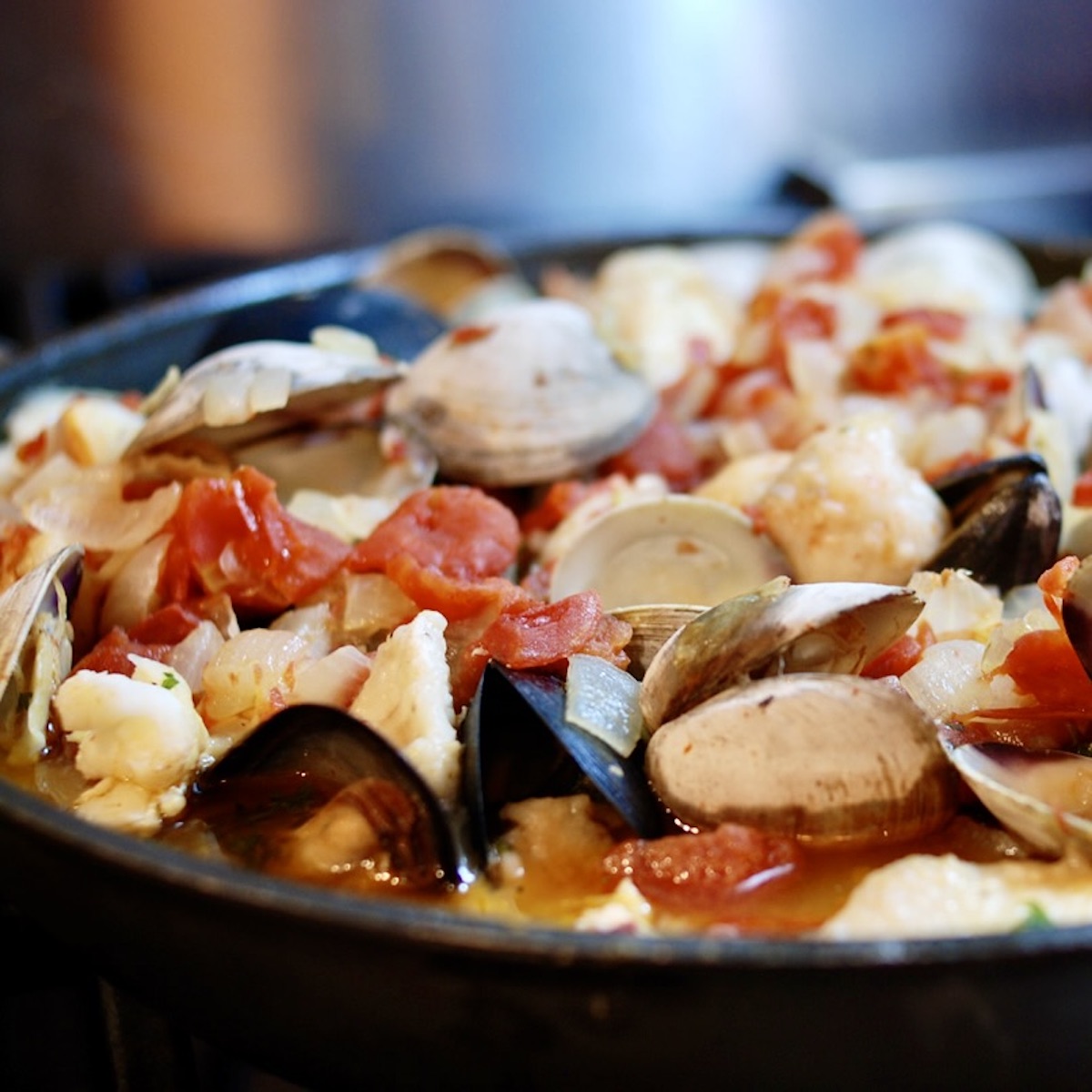 A Fish Stew Recipe for the Ages

My wife put this recipe together and I took pictures of it. She adapted it from a cookbook, Fish & Seafood that was part of a series called What’s Cooking. I think I picked it up on sale at Costco years ago. It was published in 2000.

There are some amazing looking recipes which is why I bought it but I think this is the first recipe we tried from it. Not sure why, but I often buy cookbooks that look good and have a couple of recipes I want to try but never get around to trying them.

A chef told me once if he finds ONE great recipe in a cookbook, it’s worth the price. I’d personally like to find two, three or four really good recipes that I’d make again to call it a successful purchase.

What’s Cooking – Fish & Seafood looks like it has more than that and if they are as tasty as this one, I’m in luck.

Catalonia is a part of Spain that borders France and the Mediterranean Sea. It was colonized originally by the Ancient Greeks and has a long cultural history.

I guess you can say its food is Mediterranean and because of its location on the sea, seafood is very important.

What really gives Catalan food its uniqueness are the sauces for their fish and meat dishes.

According to aboutbarcelona.com, There are five main types:

Langoustines, also know as Norway lobster or Dublin Bay prawn - a crustacean that looks like a small lobster or big crayfish. We didn't use them in our version of this recipe. I'm not sure I could even find them around here. 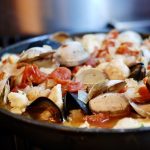