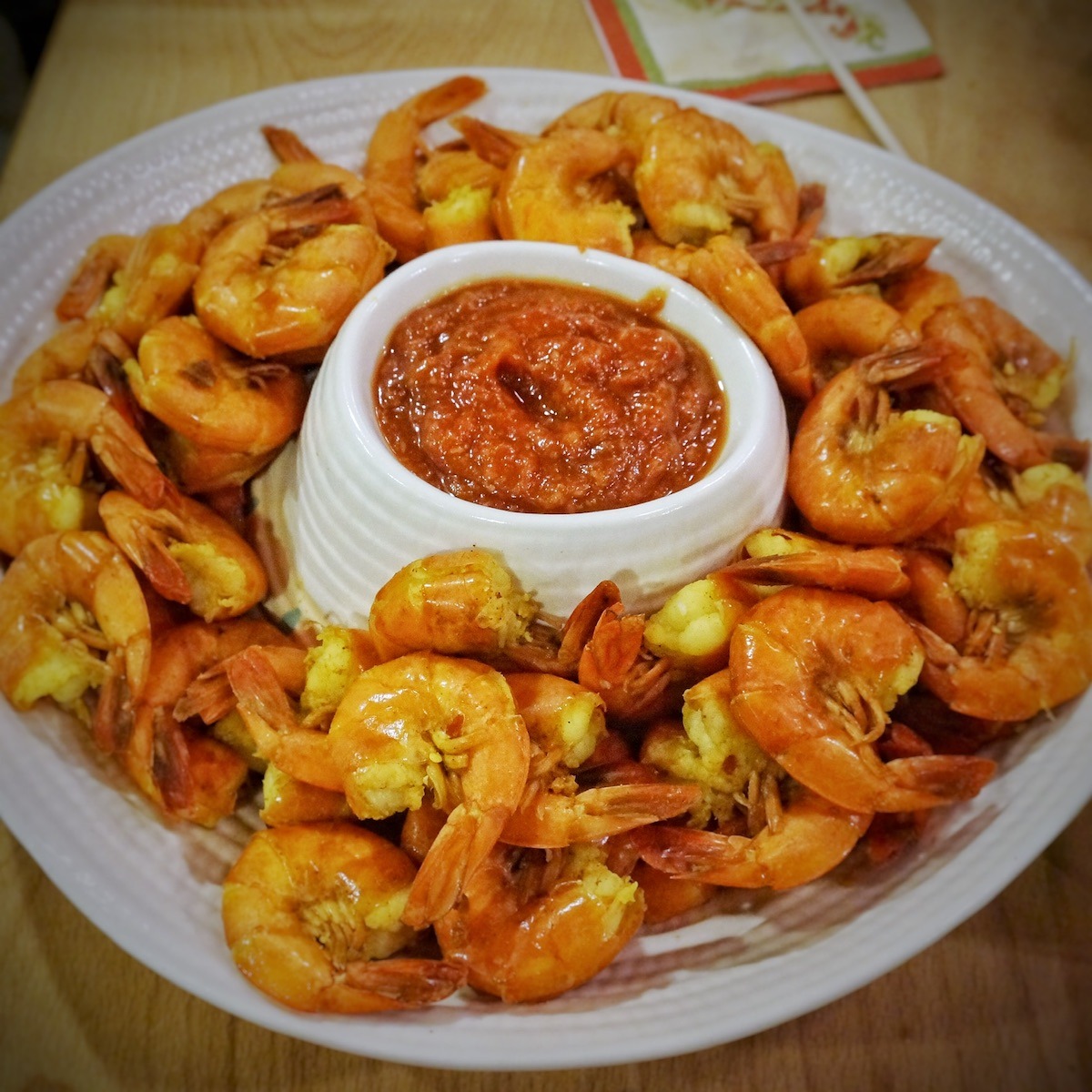 How Do I Know When Shrimp Are Perfectly Cooked & Ready to Eat?

There are many ways to cook and serve shrimp. Do you remember Pvt. Benjamin Buford’s line in Forest Gump?

What Pvt. Buford doesn’t tell you is how to know when shrimp are done cooking and need to be removed from the heat so they don’t overcook. Shrimp are one of those versatile ingredients that are easy to feature in a meal because of their simple sweet flavor, speed of cooking and compatibility with so many other ingredients.

Whether you are creating a shrimp Creole, stir-fry, seafood pasta dish, simple “shrimp on the barbie”, or one of the other hundreds of ways to serve shrimp, the most important thing to remember is not to overcook them. We’ve all done it and end up with a hard, rubbery texture that is OK to eat, just not that OK.

That’s why it is so important to know when shrimp are done cooking and ready to serve.

How Do You Know When Shrimp Are Done?

There are several methods for judging when shrimp are properly cooked. Is one method better than another? I’ll let you test them all and decide for yourself.

From SeaPak Shrimp & Seafood Company - These guys have been around and selling shrimp for over 60 years so I’m taking their word they know what they’re talking about.

They say, “Shrimp should be cooked to an internal temperature of 165 ºF. They will become an opaque whitish color when fully cooked.”

I’m not sure many of us are going to pull out our instant thermometers when grilling or pan frying shrimp but it’s an option. The change in color is how I learned from a cookbook early on and how I’ve been testing for shrimp doneness for years.

Raw shrimp start out with gray shells and translucent flesh which according to Webster’s Dictionary means, “permitting the passage of light: a) clear, transparent; b) transmitting and diffusing light so that objects beyond cannot be seen clearly.”

When properly cooked, the exterior should be pink with red tails and the flesh is slightly opaque and a little “white” in color. Here’s where it gets confusing because a “little white” may vary from cook to cook. If it is bright white in color, there’s a good chance the shrimp are overcooked.

I have been cooking shrimp this way for as long as I can remember and still find it difficult to nail it just right especially when you have to take into consideration the shrimp will continue to cook after removing from the heat unless you cool them off in an ice bath. While researching for this article I learned another way to tell when the shrimp are done that looks promising.

According to what I’ve recently learned, when they form a C-shape, they are perfectly cooked. However, if you let them continue to cook, they will twist into an O-shape signifying they are overcooked.

This looks like a promising technique for telling when shrimp are cooked to perfection but what if you have them on skewers for shrimp kabob? The shrimp aren’t going to curl any because of the skewer so I’d suggest you go back to the Color technique and over time resort to my last technique….

This technique comes with time and lots of experience. The more you cook shrimp using the techniques above, the sooner you’ll be able to “just know” when it feels like it’s done and ready to plate. I pay attention to this feeling every time I cook and sometimes get it right and sometimes wrong knowing I’ll be better next time.

Shells On or Off - Cooking time is longer with shell on so you have to adjust cooking time accordingly. In my opinion leaving the shells on helps retain flavor and moisture but shell on or off really depends on the dish.

If I’m adding shrimp to a pasta or rice dish, I’ll usually remove the peels but if I’m serving a bowl of seasoned boiled or steamed shrimp, I like to leave the shells on.

Size - The size of the shrimp will affect how long they take to cook but if you use the techniques above, you should be able to get great results. Remember, the smaller shrimp will cook much faster so you really need to keep an eye on them.

Heat - I find shrimp does better with a higher heat cooking methods like grilling or pan frying. When I slow cook shrimp in a braise or crock pot recipe, it’s almost impossible to keep the shrimp from overcooking unless you add them right at the end. Same with a shrimp risotto. The shrimp is the last ingredient to be added so it can cook from the heat of the risotto and it doesn’t take long.