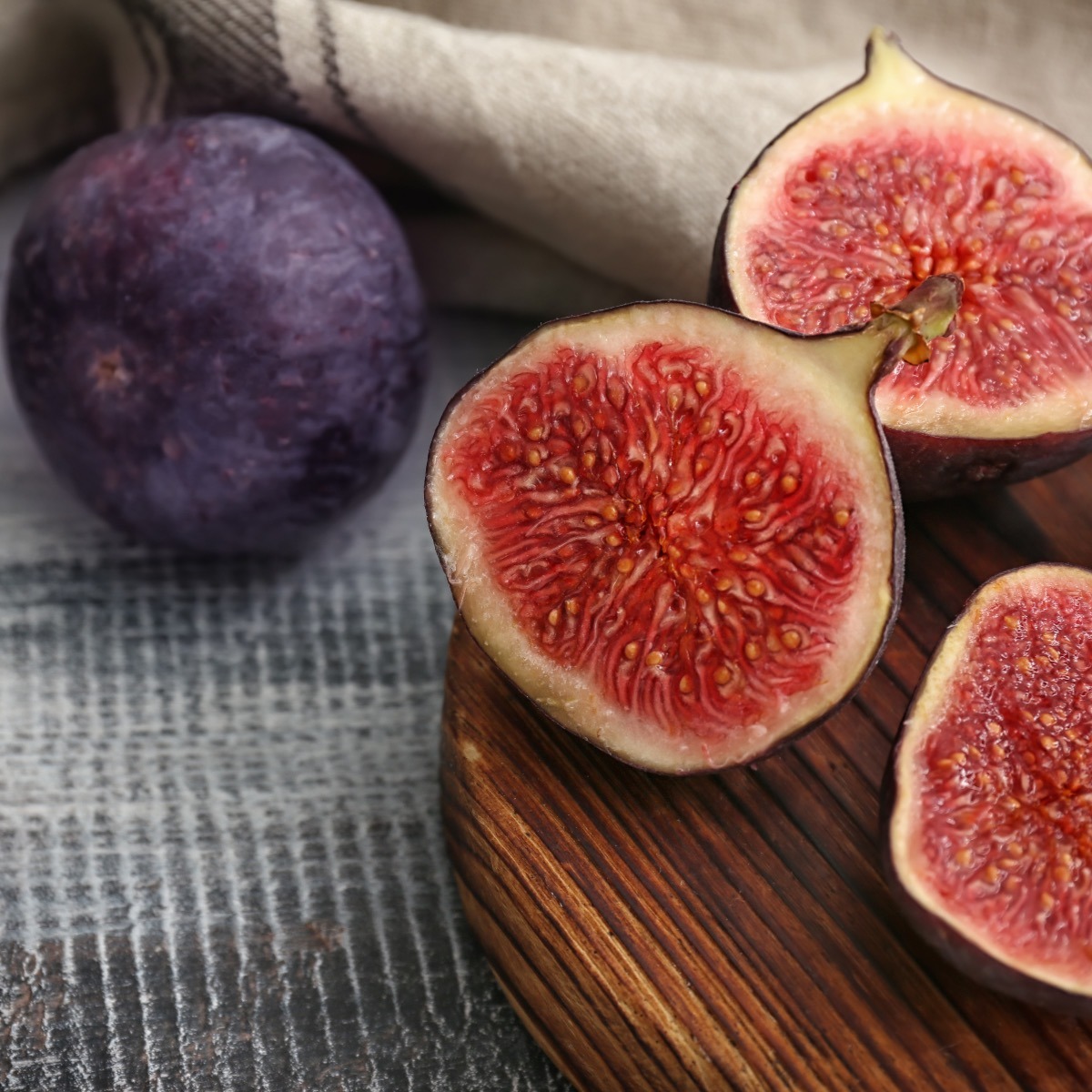 Figs Are An Amazing Fruit

Figs are a type of fruit that belong to the mulberry family. They have a unique, sweet taste and a soft, fleshy texture that makes them a popular choice for both fresh eating and cooking.

There are many different varieties of figs, ranging in color from green and yellow to purple and black. Some common varieties include the Mission fig, Calimyrna fig, and the Brown Turkey fig.

Where Are Figs From

Figs are native to the Middle East and have been cultivated for thousands of years. They were a staple food in ancient Rome and Greece and are mentioned in the Bible and the Quran. Today, figs are grown in warm, dry climates around the world, including California, Turkey, and Spain. 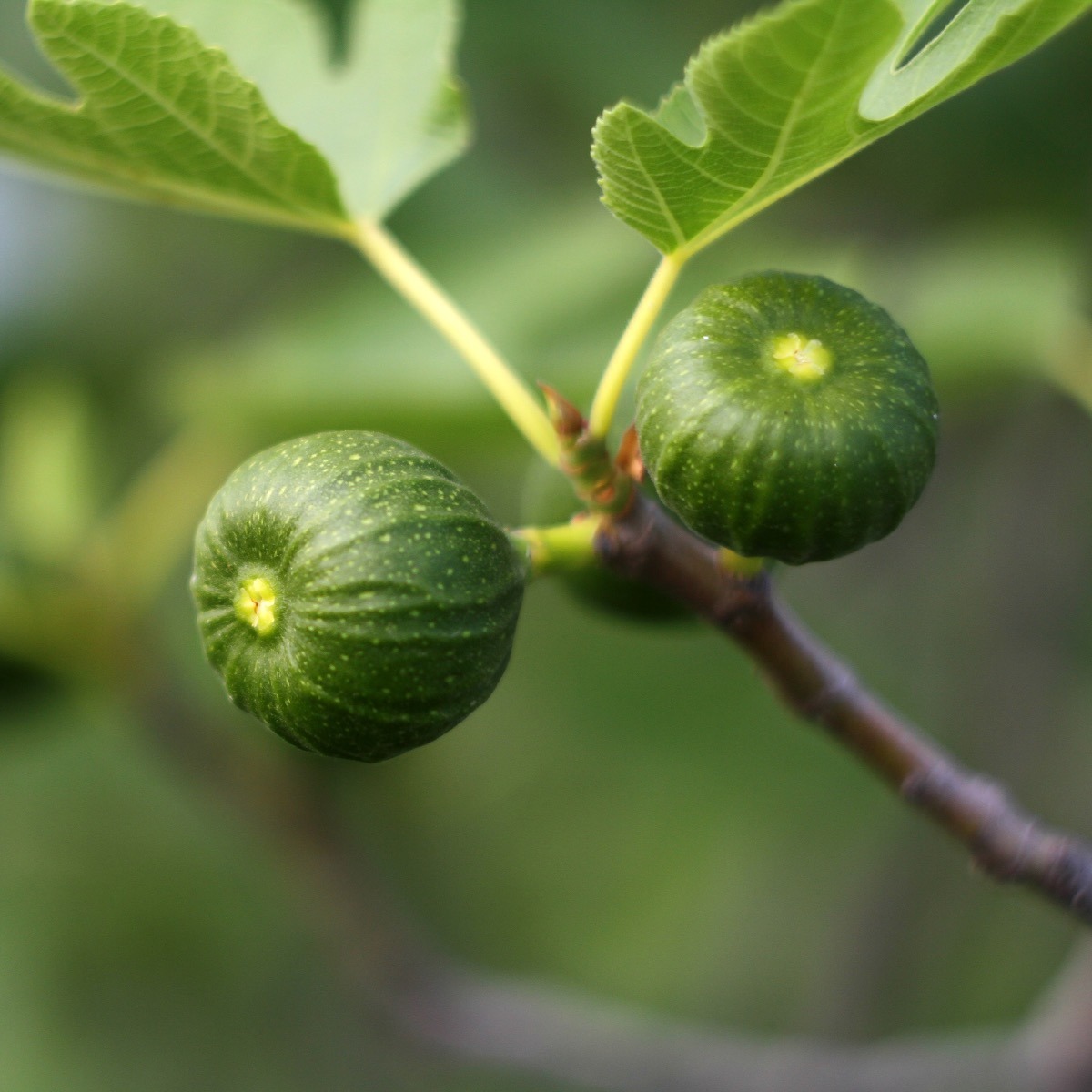 A fig tree is a large, deciduous tree that is native to the Middle East and parts of Asia. Fig trees are grown for their sweet, juicy fruit, which is used in a variety of dishes and is a popular snack.

Fig trees can grow to be quite large, with a height and spread of up to 50 feet. They have large, glossy leaves that are typically green in color and are arranged in a symmetrical pattern on the branches. The leaves are typically large and oblong in shape, with a smooth, wavy edge. Fig trees produce small, inconspicuous flowers that are hidden inside the fruit.

Fig trees are generally hardy and easy to care for. They prefer warm, dry climates and well-draining soil and can tolerate drought conditions. Fig trees should be planted in a sunny location and should be protected from strong winds. They may require pruning to maintain their shape and to encourage new growth.

Overall, fig trees are attractive, hardy plants that are prized for their delicious fruit. They are a popular choice for home gardens and can be grown in a variety of climates.

One of the most interesting things about figs is their unusual reproductive process. Unlike most fruit, figs do not have a visible flower. Instead, the flowers are inside the fruit and are pollinated by a small wasp that enters the fruit through a tiny opening. This process is known as "caprification."

Figs are a good source of dietary fiber, potassium, and antioxidants. They are also low in calories, making them a healthy snack option. In addition to being eaten fresh, figs can be dried, made into jam or jelly, or used in baked goods such as breads and cakes. 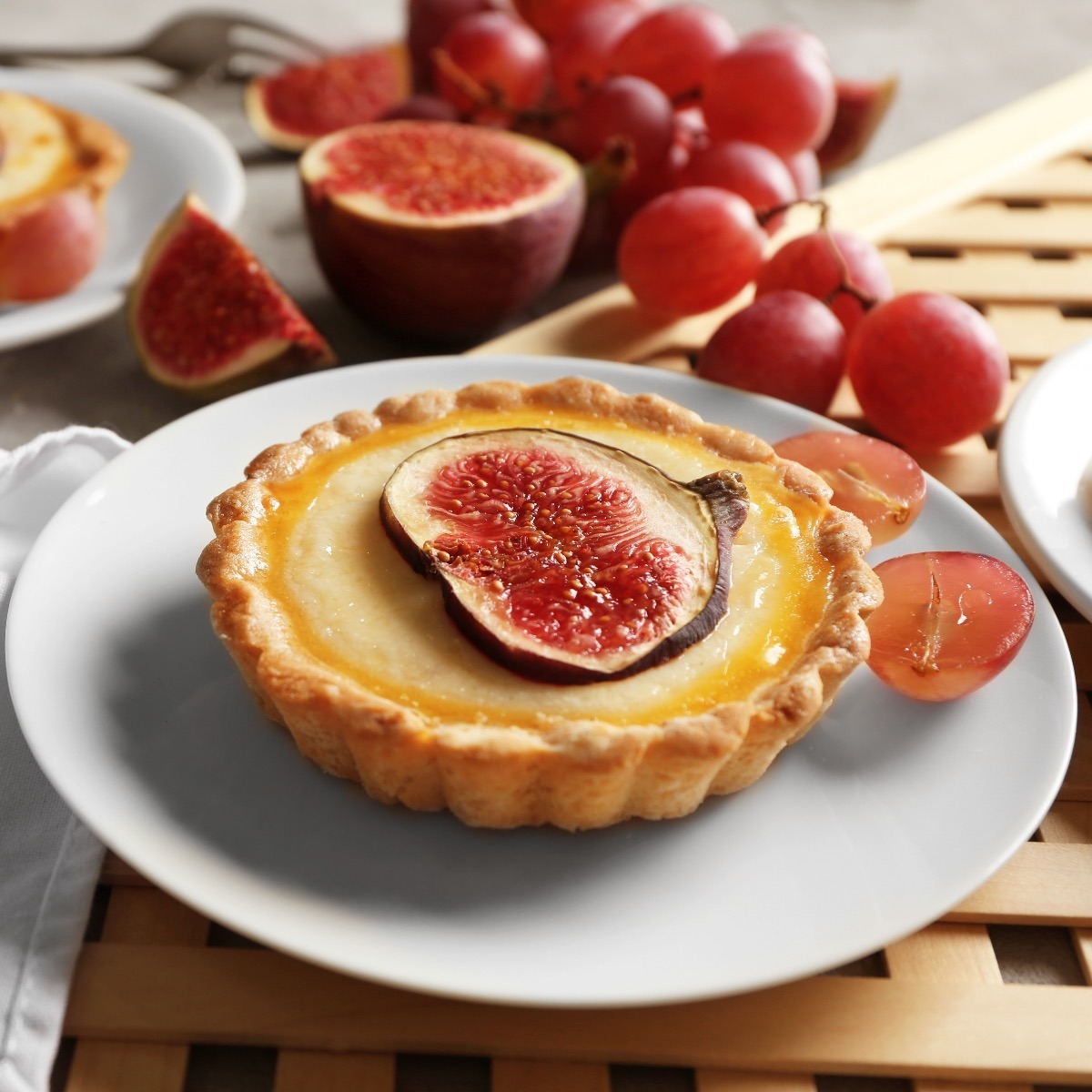 Figs are also a popular ingredient in savory dishes. They can be grilled and served with cheese or used to add flavor to sauces and marinades. They can also be stuffed with a variety of fillings, such as cheese or nuts, and baked or grilled.

In addition to their taste and versatility, figs have a number of health benefits. They are a good source of fiber, which can help with digestion and weight management. Figs are also a good source of potassium, which is important for maintaining healthy blood pressure.

The antioxidants found in figs can also have a number of health benefits. Antioxidants help to protect cells from damage caused by free radicals, which are unstable molecules that can cause harm to the body. Some research suggests that the antioxidants in figs may help to reduce the risk of certain types of cancer and heart disease.

Overall, figs are a delicious and nutritious fruit that can be enjoyed in a variety of ways. Whether eaten fresh, dried, or used in cooking, figs are a tasty and healthy addition to any diet. 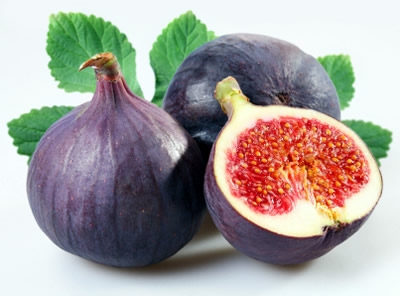 Adam and Eve Are Linked to Figs

In the Bible, figs are mentioned in the story of Adam and Eve in the Garden of Eden. According to the story, after Adam and Eve were expelled from the Garden, they covered their nakedness with fig leaves. This is why the fig has often been associated with modesty and shame in Western culture.

It's worth noting that the fig tree is not specifically mentioned in the story of Adam and Eve in the Bible. Some scholars believe that the fig tree was chosen as a symbol of modesty and shame because it was a commonly available plant that produced large, broad leaves that could be used to cover the body.

In addition to the story of Adam and Eve, figs are mentioned several other times in the Bible. They are described as a staple food in ancient Israel and are mentioned as a symbol of prosperity and abundance. Figs are also mentioned in the Quran as a food that was favored by the prophet Muhammad.

Overall, figs have a long and storied history that is closely tied to religion and cultural traditions. While they are perhaps most well-known for their association with the story of Adam and Eve, figs have played a significant role in many different cultures and religions throughout history.

How Are Figs Used in Cooking? 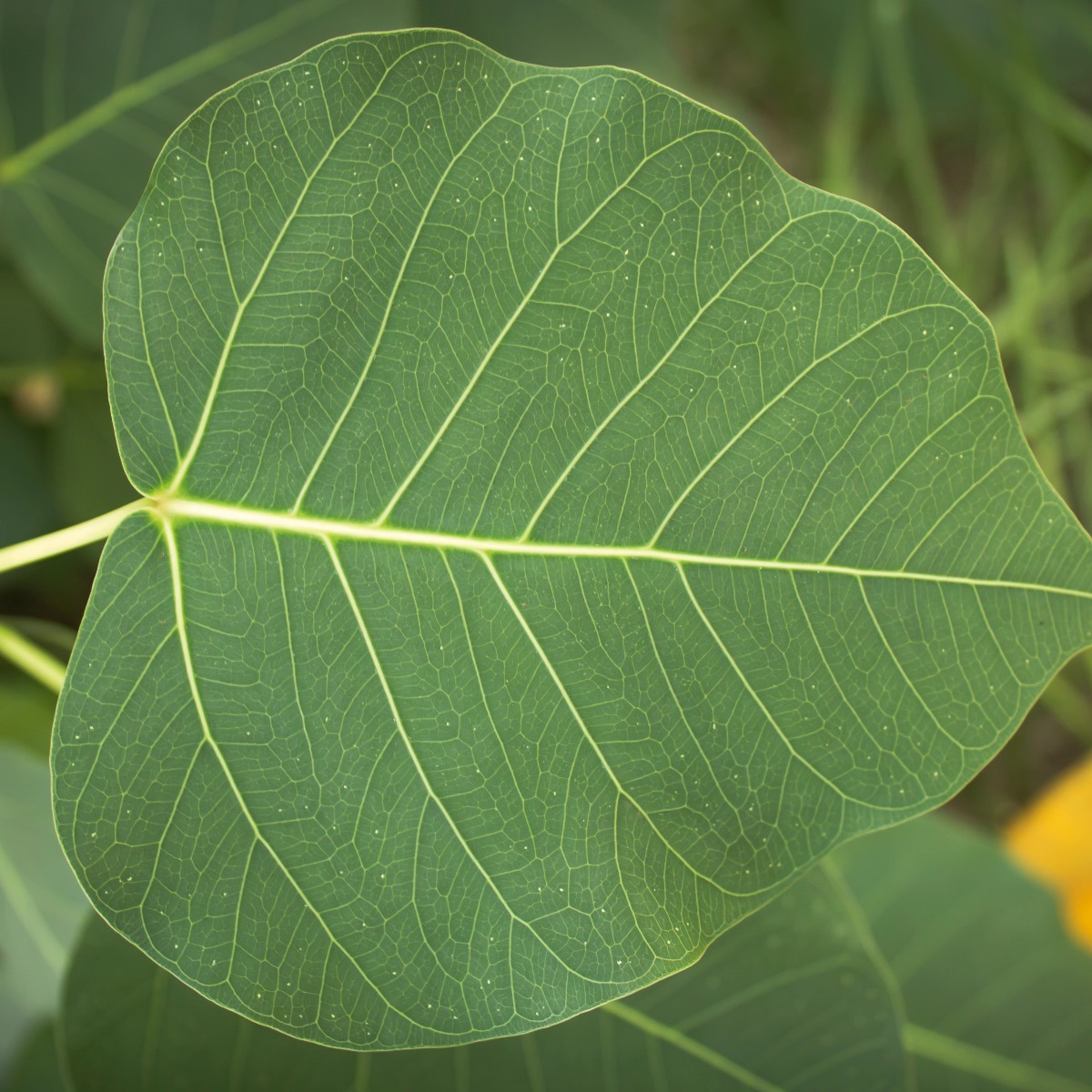 What About Fig Leaves?

Fig leaves are the large, broad leaves of the fig tree. They are commonly used for decorative purposes in landscaping and garden design. Fig leaves are often used to add a tropical or Mediterranean touch to gardens and can be used as a backdrop for other plants.

The leaves are also sometimes used in cooking, although they are not as commonly used as the fruit of the fig tree. Fig leaves can be used to wrap and steam fish or other types of meat, giving them a subtle, slightly sweet flavor. They can also be used to make a tea or infusion, which is believed to have a calming effect and can be used to treat digestive issues.

Fig leaves have also been used in traditional medicine to treat a variety of ailments, including skin conditions, respiratory issues, and inflammation. Some people believe that the leaves have anti-inflammatory and antifungal properties and may be effective in treating conditions such as eczema and athlete's foot. However, there is limited scientific evidence to support these claims.

Overall, fig leaves are a versatile plant that can be used in landscaping, cooking, and traditional medicine. While they are not as commonly used as the fruit of the fig tree, fig leaves have a number of potential uses and may have some health benefits.