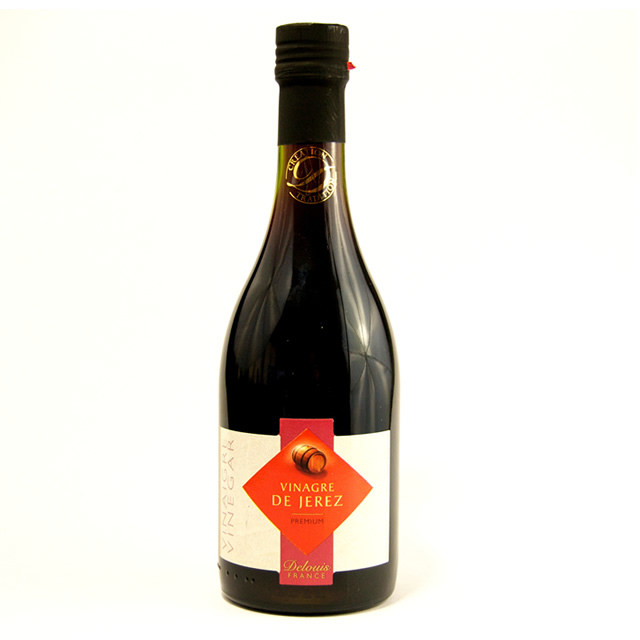 Why Is It So Hard To Find Sherry Vinegar?

I’m guessing once sherry vinegar becomes the "hot or in" gourmet item of the year like kale seems to be right now, we’ll have no trouble finding it everywhere and on every thing we order. Funny how it works that way. You’ll pick up your favorite cooking magazine and find grilled salmon with a sherry vinegar reduction glaze to be all the rage. Hey, that sounds pretty good.

What Is Sherry Vinegar?

Sherry vinegar is made from sherry, a fortified wine made in Spain and uses the “solera” system of blending where different barrels of sherry from different years are blended so the end product is a combination of young sherry and older sherry. It’s very similar to how brandy and rums are produced.

Most sherry vinegars use the same “solera” system of aging as the Sherry wines and to officially be called Vinagre de Jerez (Sherry Vinegar) by the Consejo Regulador, it has to “undergo aging in American oak for a minimum of six months, can only be aged within the "sherry triangle" and must have a minimum of 7 degrees acidity.”

The 3 age categories are

I’ve read that sherry vinegar was not intentionally made and was the result of poor sherry wine making. If a barrel of sherry wine contained too much volatile acidity, they were pulled from the rest of the sherry barrels so not to contaminate them and then given to family and friends for cooking.

When it started to become popular with chefs who could get there hands on it, the officials to be in Jerez de la Frontera figured they had a money making product on their hands and decided to regulate the production and marketing. Like many other great products on the market, they took a mistake and turned it into something valuable.

Because it is blended and aged, sherry vinegar can be very complex tasting. It is rich and nutty but only slightly sweet. It is vinegar so it’s acidic but not as overpowering as you may find some red or white wine vinegars. It is slightly sweet but nothing like balsamic vinegar. This dark colored vinegar is potent so a little goes a long way!

How Can Sherry Vinegar Be Used?

The most common way I see it used is in vinaigrettes but I’ve also seen it used instead of wine to deglaze pans or to add a little burst of flavor to soups, stews and sauces. You can reduce it and use it as a glaze on chicken, duck or even meats. How about adding a few drops to vegetables to give them a shot of intense flavor? I may even try substitute sherry vinegar for balsamic vinegar on my caprise salad recipe.

One of the best ways to use sherry vinegar is to add a little acidity to a dish you are preparing that might need it. It won’t overpower the food like some vinegar can but a few drops can make a dish pop with flavor.

Red wine vinegar, balsamic vinegar, rice wine vinegar, apple cider vinegar are a few I see mentioned but they will not be the same flavor or sweetness as sherry vinegar.

How to Store Sherry Vinegar?

Just like you would store your other vinegar. Keep them in a cool, dry place and avoid too much heat or light. I keep mine in a cabinet with my oils, hot sauces and other shelf stable condiments.

Where to Buy Sherry Vinegar

I started this post by saying it is hard to find in most supermarkets but it is readily available online. You can find some different selections at Amazon.com.

Here are a few to check out.