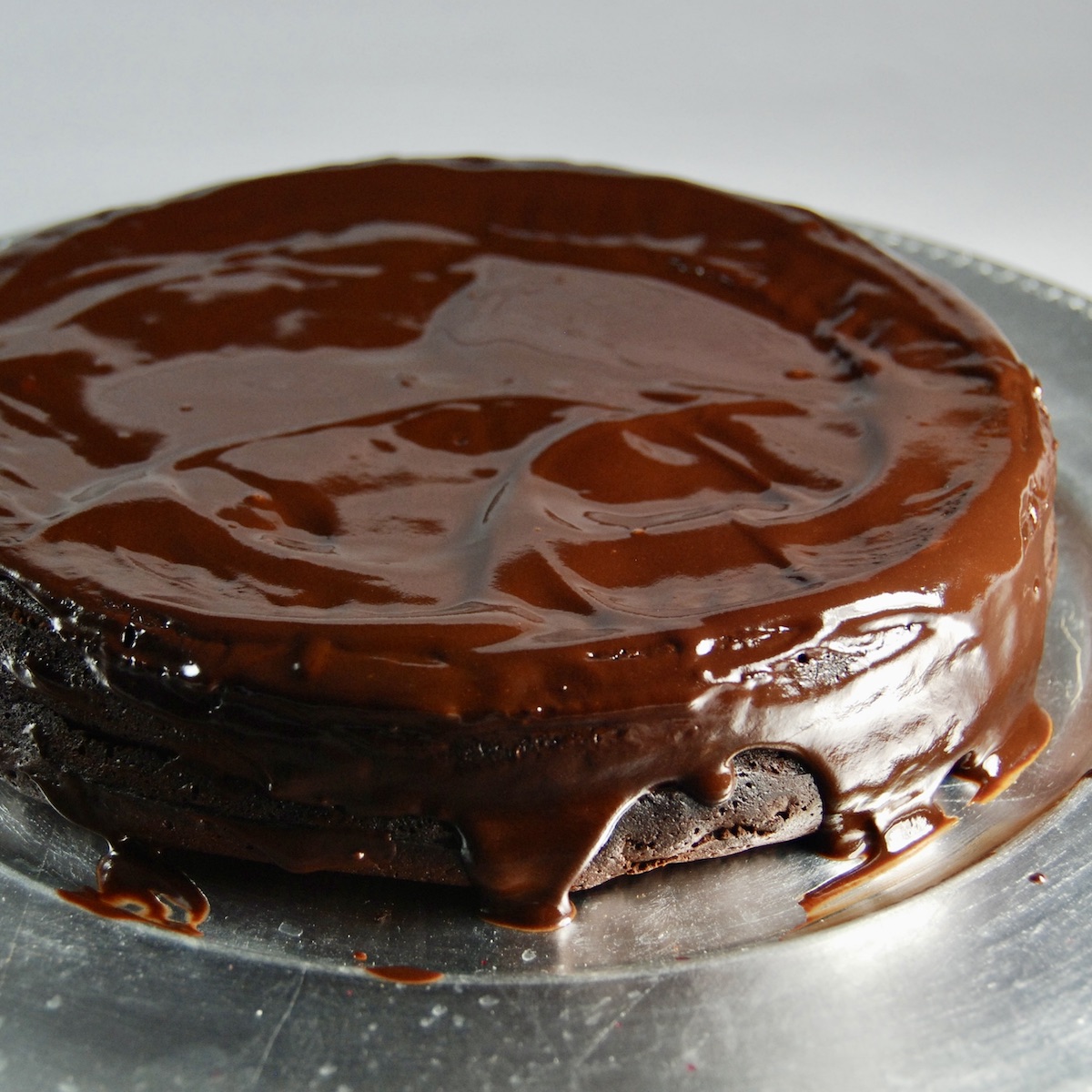 Common Baking Mistakes & How to Avoid Them

At  first glance, baking seems like a fairly straightforward cooking process. But baking mistakes happen all the time.

The definition of baking is to cook food with dry heat in an oven. The process is simple: Open oven, put in food, take out baked food.

In practice, as with most cooking methods, there is a lot more to baking than might initially meet the eye.  In fact, of all the cooking techniques out there, this is the one I have the most difficulty with.

To me, baking is more left-brained because  precise measurements and cooking times are required for optimal results. Too much of this or too little of that and you can end up with a complete disaster.

When I make a stew and add more carrots than the recipe call for, what’s going to happen?

Baking is a cooking method that has evolved over time. Dutch ovens were made of heavy cast iron with a lid.  Some models, called spiders, also had “feet” to raise the oven over a bed of coals.

The lids of old-fashioned Dutch ovens were flat and often set down below the top of the oven.  This allowed for coals to be piled on top of the oven to promote even cooking from both the top and bottom simultaneously.

So, a Dutch oven is basically a large metal container that delivers heat from all sides.  The main difference between a Dutch oven and a modern oven, besides portability, is that food came into direct contact with the sides of the Dutch oven.

You would never pour a batter on the floor of the oven in your kitchen (I hope), but Dutch ovens were made to be both a cooking method and a cooking vessel.

Today’s ovens are thermostatically controlled and deliver heat from all sides.  In baking, heat transfer occurs through convection (the rising and falling of heated air), as well as radiation (heat waves, or infrared energy, transferring to the food from the heated oven walls).

Conduction also plays a role as the heat from a hot baking dish transfers the heat to the food.  Again, with a Dutch oven, this occurs naturally as the oven is the cooking vessel.

In modern ovens, conduction varies depending on the baking dish.  Metal dishes or pans will conduct heat better than  glass or the new silicone baking dishes.

Baking is similar to another cooking method: roasting.  As a matter of fact, the definitions are almost identical.  The main difference seems to be in temperature, with baking taking place at moderate heat (between 300˚F and 400˚F) and roasting occurring at higher temperatures (350˚F-450˚F).

As you can see, there is some overlap in temperature between the two methods.  A further difference is in the types of foods being cooked.  The term “roast” is often used when referring to meats and vegetables while “bake” generally refers to breads, cakes and other pastries.

For our purposes, we’ll adopt that differentiation and talk about baking in terms of cakes, cookies and breads.  And now that you know a bit about what baking is and how it works, let’s take a look at some of the pitfalls you might encounter.

When we think of mise en place (literally, to put in place) we think of chopping vegetables and mincing garlic for cooking. Often we make the mistake of not considering baking.

Then, we wind up in a situation where ingredients are at different temperatures (eggs and milk might be cold from the refrigerator) and won’t blend well during mixing.

The Fix = Prior Preparation

I know that it can be hard to remember to take the time to read through a recipe before you begin, but it can honestly save you so much time in the long run.  In a recipe, you’ll find out how much of each ingredient you’ll need as well as how they are blended together to get a desired result.

It’s pretty inconvenient to all of a sudden realize that you need to toast some coconut before blending it into a batter or frosting or discovering that you need to measure out a certain amount of spice when your hands might be covered in butter or flour.

Always measure out and prepare each ingredient necessary to your recipe before you start baking.

Even more critical might be getting your ingredients measured well before its time to bake.  This gives your refrigerated ingredients—most often eggs, some sort of milk (cream, whole milk, buttermilk) and butter—time to  reach room temperature.

This is important because when you try to mix watery ingredients (milk, water, buttermilk) with fats (butter) and dry ingredients (flour, baking powder, baking soda, dry spices), everything will mix much more efficiently if they are at the same temperature.

Another consideration is that in The Creaming Method, the method most frequently employed to mix American-style cakes and cookies, the fat (butter) needs to be soft enough to whip and hold air bubbles but not so soft that is begins to melt.

The ideal temperature for your butter is between 67˚- 70˚F.  And, once you cream your butter and get it all full of air, the last thing you want to do is chill it back down by adding in cold eggs and/or milk.

Remember: always, always measure out and prepare your ingredients well in advance of baking so that there are no surprises and so your ingredients have plenty of time to reach a good working temperature.

The converse is also true.

If a recipe calls for “melted and cooled” butter or chocolate, you do the melting well enough in advance that the ingredients have time to cool down to room temperature without re-solidifying.

While this probably will not take as long as letting ingredients warm up from refrigerator temperatures, do make sure that your melted ingredients have a chance to cool to no warmer than skin temperature—about 95˚F.

Mistake 1b - Not Preheating Your Oven

I’m calling this mistake 1b because it goes right along with thoroughly reading your recipe and preparing your ingredients.

If your oven is not ready to go when all your ingredients are mixed, you could lose some volume (rise), especially as the chemical reactions in baking powder and baking soda that make bubbles begin to subside while you’re waiting for your oven to heat up.

As a matter of fact, baking, unlike sautéing which requires you to stand and tend the food you’re cooking, is about 90% preparation and only about 10% execution.  Part of that 90% is definitely preheating your oven.

Don’t believe me?  Let’s take a look at how thermostatically controlled ovens work, and maybe I can convince you.

This means that during preheating, sustained heating is occurring from one direction—the bottom.  If you put delicate cake batters into a cold oven and then turn it on, your cake could end up with an over-browned bottom due to the sustained heating while the oven is preheating.

Furthermore, once your preheating alarm beeps it only means that the air inside the oven has reached your desired temperature.  Waiting an additional ten to fifteen minutes after the preheat alarm goes off will ensure that all the walls of the oven, including the “ceiling,” are preheated as well.

This helps to minimize the effect of opening the oven on the temperature in the oven.

If only the air is heated, it will spill out as soon as you open the oven door, requiring a pretty long “recovery time” where the oven is basically preheating itself again.  If you allow the walls of the oven to preheat, the recovery period won’t be as long since a lot of heat is retained in the walls themselves - less chance of over-browned bottom syndrome.

There is one major exception to the preheating rule: there are some cases in which sustained heating from the bottom is what you want - breads are often started in a cold oven.

The intense heat at the beginning encourages impressive oven spring - basically yeast’s last-gasp rise before the oven gets too hot and they die.

There are some old-fashioned cake recipes that require you to start baking in a cold oven, but this is generally because they didn’t want to waste any fuel on pre-heating.

Back in the day, people didn’t have the luxury of turning a dial and touching a button.  They had to actually build a fire in their ovens.  As far as I can tell from my research, any of these old-fashioned recipes can be adapted to baking in a preheated modern oven.

You guessed it.  This is problem 1c because preparing your pans should be part of your mise en place.

As we established early, most chemically leavened baked goods (those using baking powder and/or baking soda) need to get into the oven as soon after mixing as possible.  Stopping to grease a pan can be the difference between heavenly and heavy baked goods.

A well-written recipe should tell you everything you need to know about your mise en place:  amounts of ingredients, any chopping/dicing/warming/cooling that needs to happen, and how to prepare your pans.  Depending on what you’re baking, the recipe could call for anything from plain baking sheets to Bundt pans that have been greased and then floured.

Just so there are no surprises, thoroughly read your recipe at least once, and then follow directions.  Get your prep taken care of beforehand so you can focus on the actual mixing.