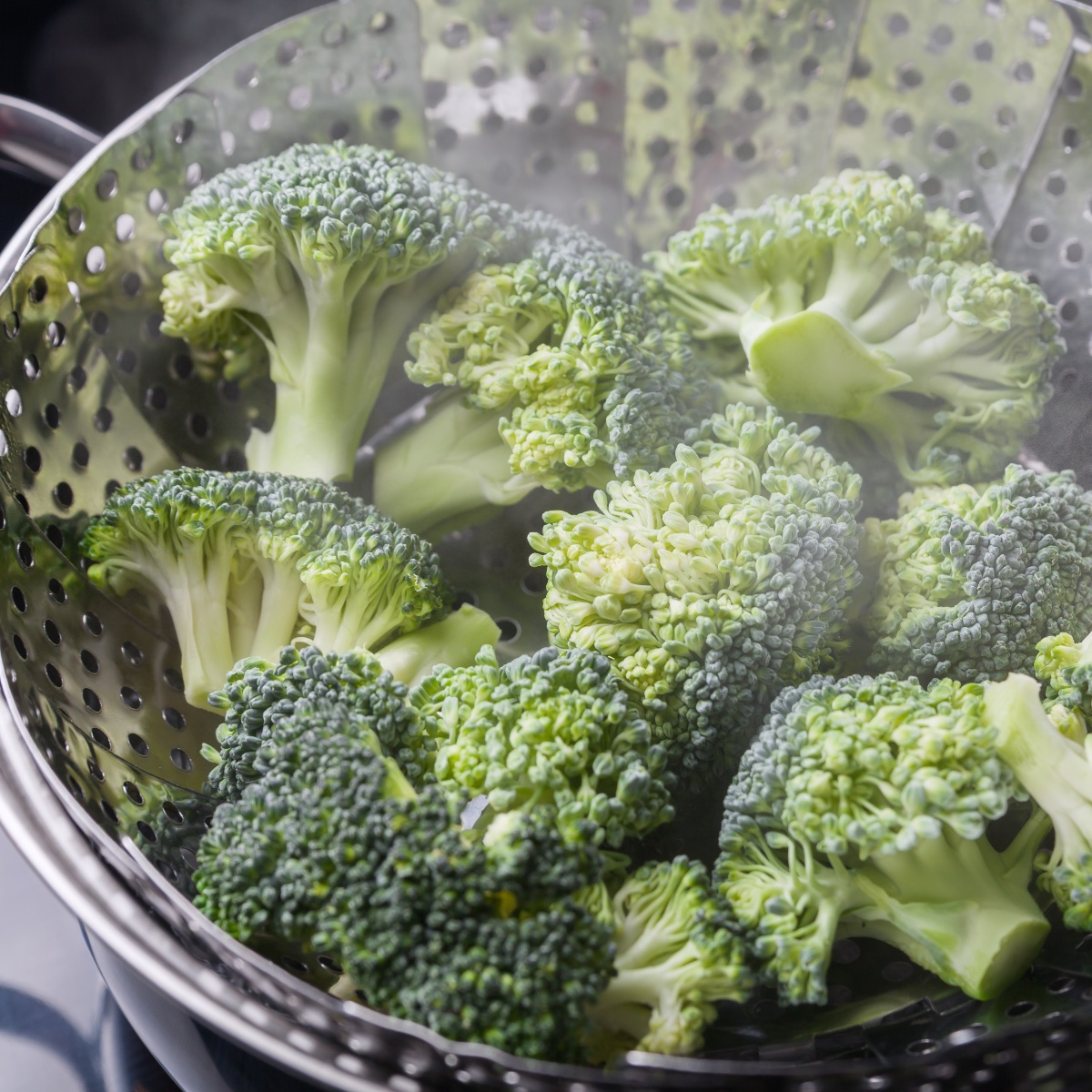 Steaming is a moist heat cooking method.  Although cooking occurs at a higher temperature than braising, stewing, or poaching, steaming is one of the most gentle cooking methods,s as food is not agitated by bubbling liquid during the process.

From our junior high science classes, we all know that steam is water converted to its vapor state at the boiling point. Since the boiling point of water is 212° F (100° C) at sea level, the highest temperature at which steam can cook food is 212°F/100°C.

You can increase this pressure somewhat by placing steam under pressure, but in the home kitchen, expect steaming to occur at or around the boiling point of water.

As a cooking method, steaming was used as far back as the Paleolithic Period.  Evidence has been found that the Aurignacian people of southern France, considered the first “modern” humans in Europe, cooked foods by wrapping them in wet leaves, a steaming method still used today (think tamales).

While steaming is not a method that is very prevalent in Western kitchens, many cultures rely heavily on steaming—China, India, and many North African countries come to mind. So I started wondering:  Why this stark contrast between cultures that cook with steam and those that do not?

The most viable notion I have found to explain this is that steaming requires little energy because it can be done with a relatively small amount of liquid.  In countries where both fuels for fires and water are hard to come by, steaming enabled people to cook a lot of food relative to fuel and water, allowing them to make the most of their resources.

Aside from being a “frugal” cooking method, steaming is also a very healthy cooking method.  First, since food is cooked by direct contact between steam (conduction) and the movement of the hot vapor through the food (convection), no fat is needed to conduct the heat.  Often, just a squirt of lemon juice is all you need to add to a steamed dish.

This makes steaming a lower-calorie, low-fat cooking method.  Food stays moist, too, since it is bathed in water vapor.  Also, since water-soluble nutrients (namely Vitamins C and B) don’t leach out into vapor, steaming preserves up to 50% more nutrients than other moist heat cooking methods.

Since steaming is such a gentle cooking method, it is perfect for cooking delicate foods—most vegetables, white meat fowl, and fish are good for steaming.  Other applications for steaming include Chinese dumplings and, by association, other stuffed pasta such as ravioli, and even biscuit-style dumplings and other bread-type doughs.

(Have you ever dropped blobs of biscuit mix on top of stews and then put on the lid?  The dumplings cook by simmering/braising on the bottoms and steaming on the tops).

Other foods that work well with the steaming cooking method are potatoes and other starchy vegetables (corn, carrots, etc.), small semolina pasta (including couscous), fruit, and cakes (such as Great Britain’s steamed puddings). 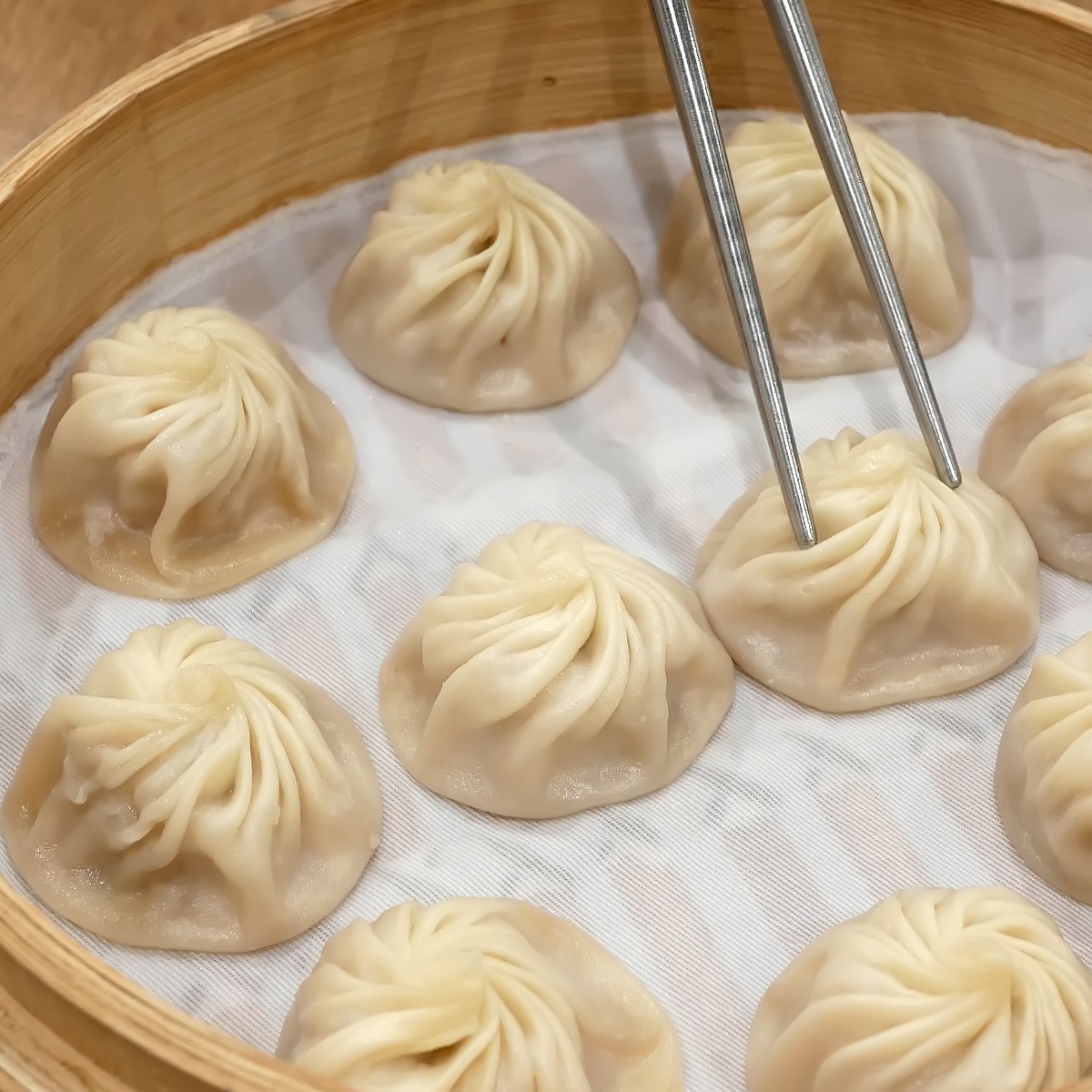 Although there are a lot of steamers available made of everything from bamboo to plastic, steaming requires no specialized equipment.

For more significant foods, such as pieces of meat or fish, you can improvise a steamer by placing a roasting rack in the bottom of a large pot. If the cooking liquid does not touch the food, you’ll be steaming in no time.

You can use an inexpensive steamer insert for smaller foods, such as cut vegetables that would fall through a roasting rack. You’ve seen these - the diameter adjusts to fit whatever pot you put it in. You can improvise this insert by using a metal colander set in a large pot.

Bamboo steamers are meant to be stacked on top of each other, allowing you to steam 2, 3, or even four different dishes simultaneously. This is possible because flavors are not transferred between dishes since the flavor stays in each food instead of leaching out into the liquid.

Steaming is a very straightforward procedure.

Once the water is boiling, most vegetables can be steamed in five minutes or less. However, don’t steam vegetables for longer than seven or eight minutes, or they will lose their vibrant color.

Meat and fish steam in 3-10 minutes, depending on the size and thickness of the food.  Since steaming occurs at 212°F/100°C and a suitable poaching temperature is 140°F-170°F, it takes less time to steam meat than it does to poach it.

Steaming in the Microwave

Since the microwave cooks by exciting water molecules and doesn’t brown food, it is a natural for steaming. For example, I steam vegetables in the microwave by sprinkling some water or broth onto raw, seasoned vegetables, covering them tightly with a Microwave-safe plastic wrap, cutting a couple of slits in them, and microwaving them on high for 3-5 minutes.

Since microwaves are suitable for steaming foods, many microwave steamers are available on the market.

In researching this article, I found some information indicating a degraded nutritional value in foods steamed in a microwave versus foods steamed in a traditional steamer. However, the FDA has deemed foods cooked by microwave safe for human consumption, so use your best judgment.

Just because steaming is a healthy way to cook doesn’t mean it has to be bland.  There are many ways of adding extra flavor to steamed food during the cooking process.  You can bring extra flavor to your food by adding all sorts of complementary herbs and spices to your cooking liquid.

Further up the flavor by substituting stock, fruit juice, or wine for water.  The additional flavors will permeate the food as the steam cooks them. 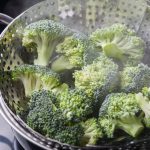 How to Steam Food 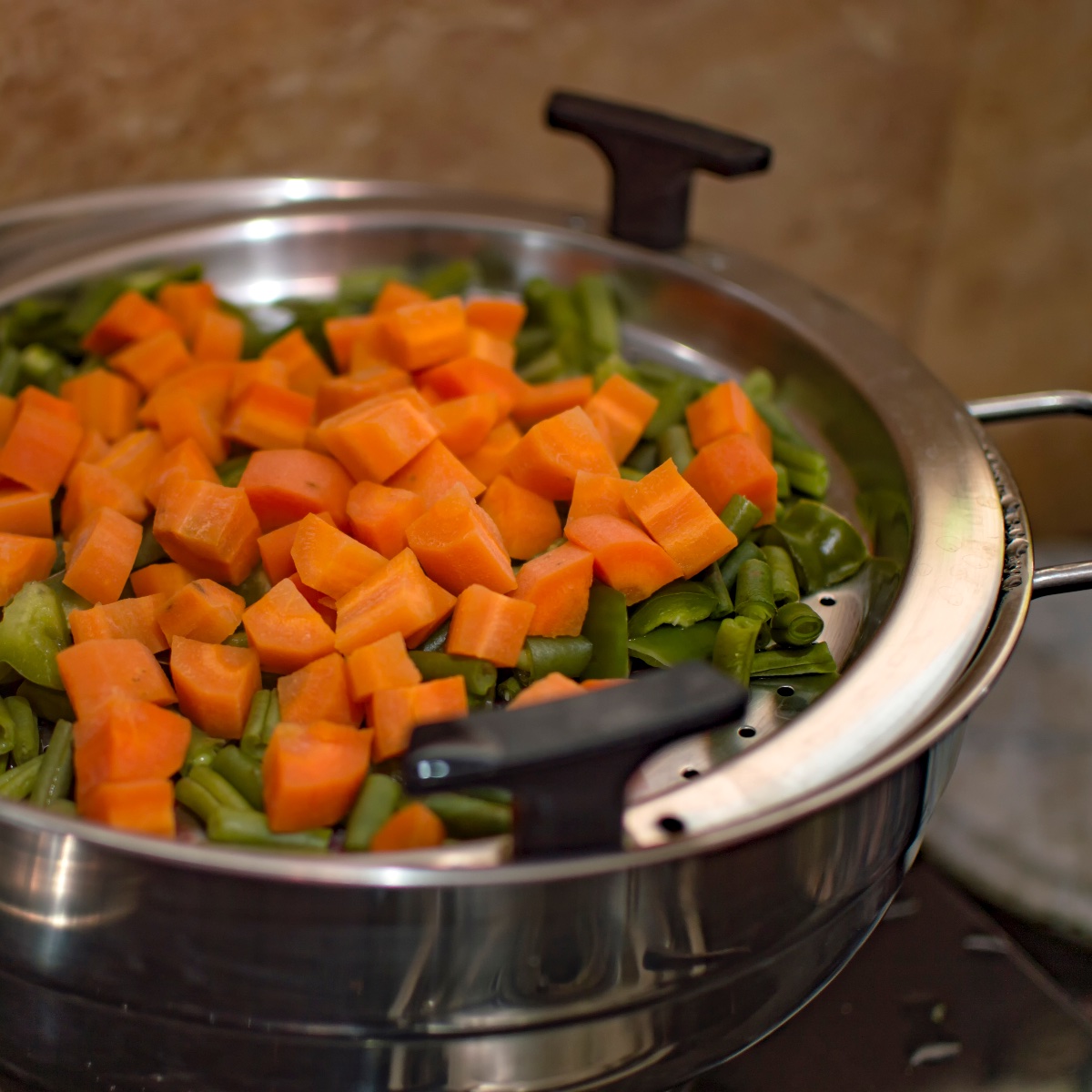