About this time of year, every year, you hear me start talking about Jersey tomatoes. In their short season during the summer, I don't think you can find a tastier Beefsteak tomato and we enjoy them as often as possible.

It's still a little early for Jersey Beefsteak tomatoes. I think they peak in August but we've been getting some pretty good ones from the Pennsylvania farmer's co op my wife Meg belongs to where she works. In fact, we have been getting a lot of them so I've been looking for new ways to prepare them.

And in my Aug/Sept edition of Fine Cooking, there is an article by Melissa Pellegrino called Tomatoes in 10 where she comes up with a bunch of great recipes you can make in 10 minutes with farm fresh tomatoes. I hope to try them all but started with the first one Gratinéed Tomatoes with Cheese and Fresh Herbs.

I completely adapted it by switching ingredients I had on hand and the results were delicious. I'm sure her version is even better so I'll offer you both her recipe and my adaptation then you can go out and come up with your own and let me know.

Gratinéed is the adjective for gratin and means "with a browned crust of bread crumbs and grated cheese." You may have heard of Gratin Potatoes. 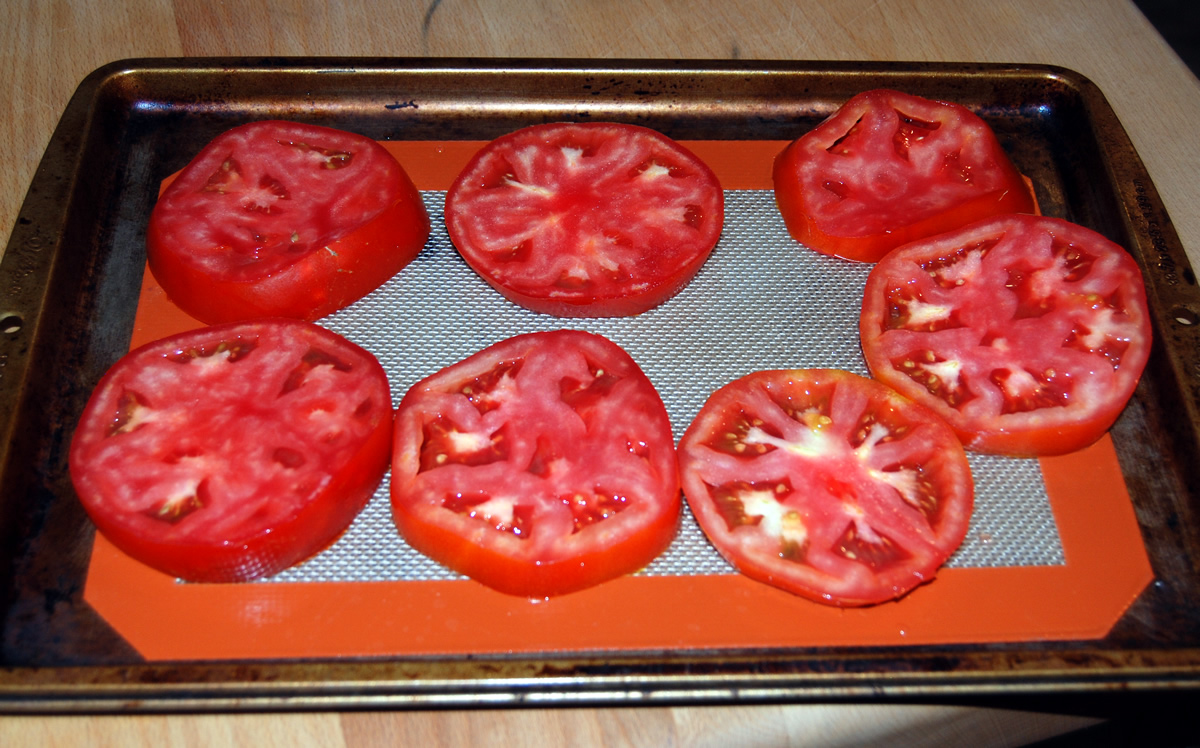 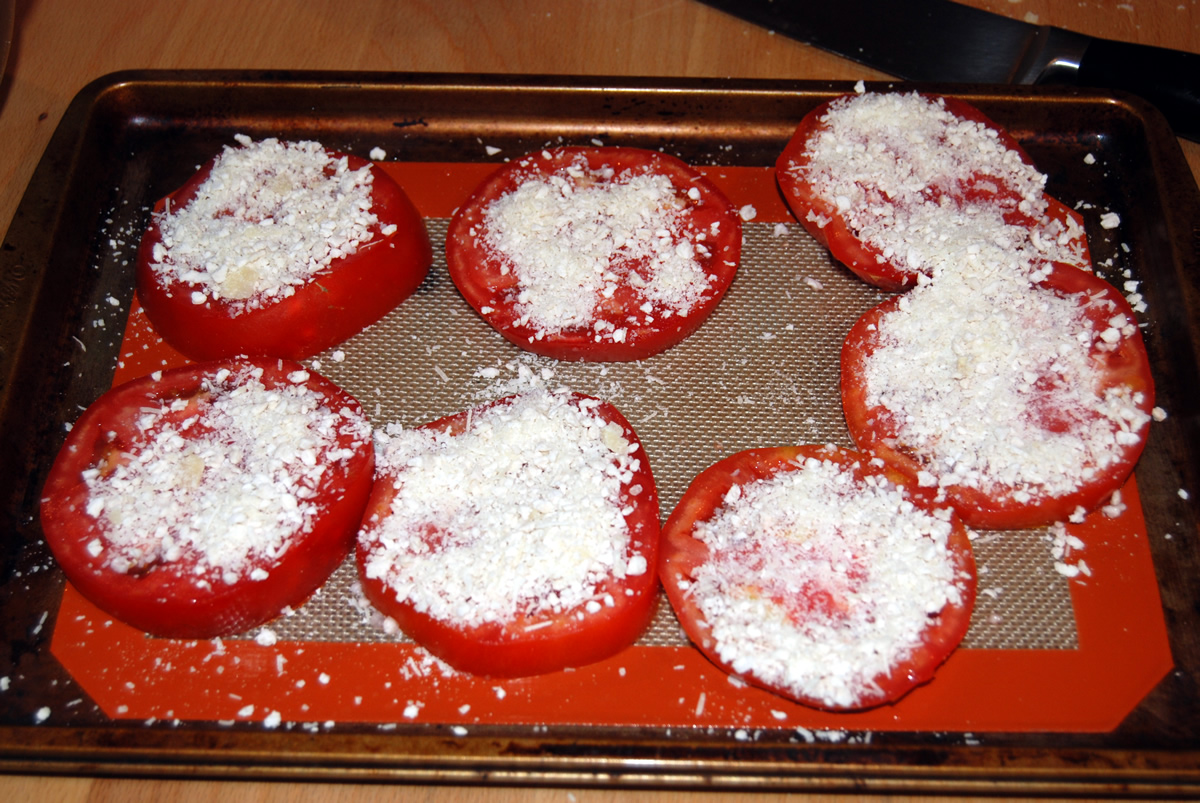 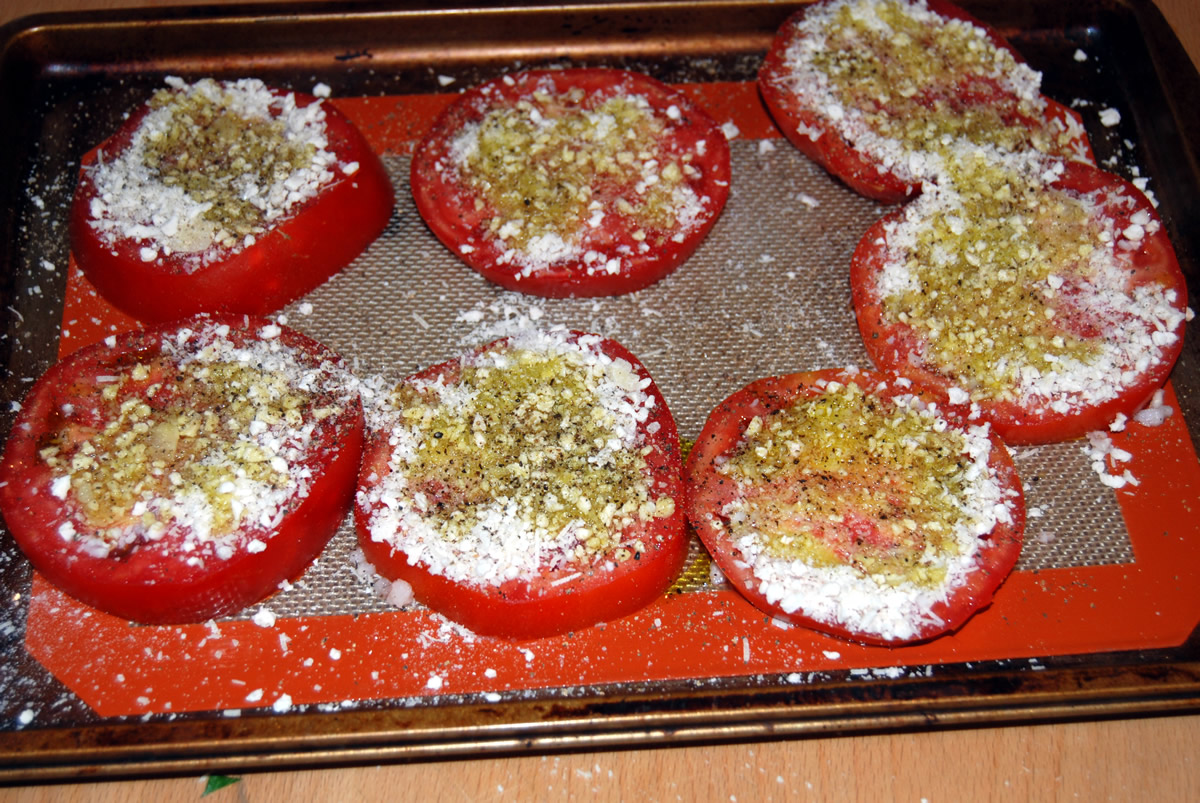 When I read this recipe by Melissa, I immediately went back to my early teens when my dad had us working around the house on Saturdays mornings during the summer. Before we could go off and play with our friends, we were required to do chores like cut the grass, pull weeds, clean up the yard.

If my father was working on a big project like building a patio, we had to be there to help but at lunch time we would stop and he would prepare a great meal.

Since he grew his own tomatoes, he often took a slice of bread, added a slice of cheese (I'm sure it was either American or Velveeta in those days), topped that with a slice of fresh Jersey homegrown tomato and a sprinkle of dried oregano.

He would then stick them into the oven under the broiler until the bread was toasted, the tomato cooked and the cheese melted. I think this was his version of homemade pizza but they were delicious and after a few hours of working in the yard, tasted delicious. 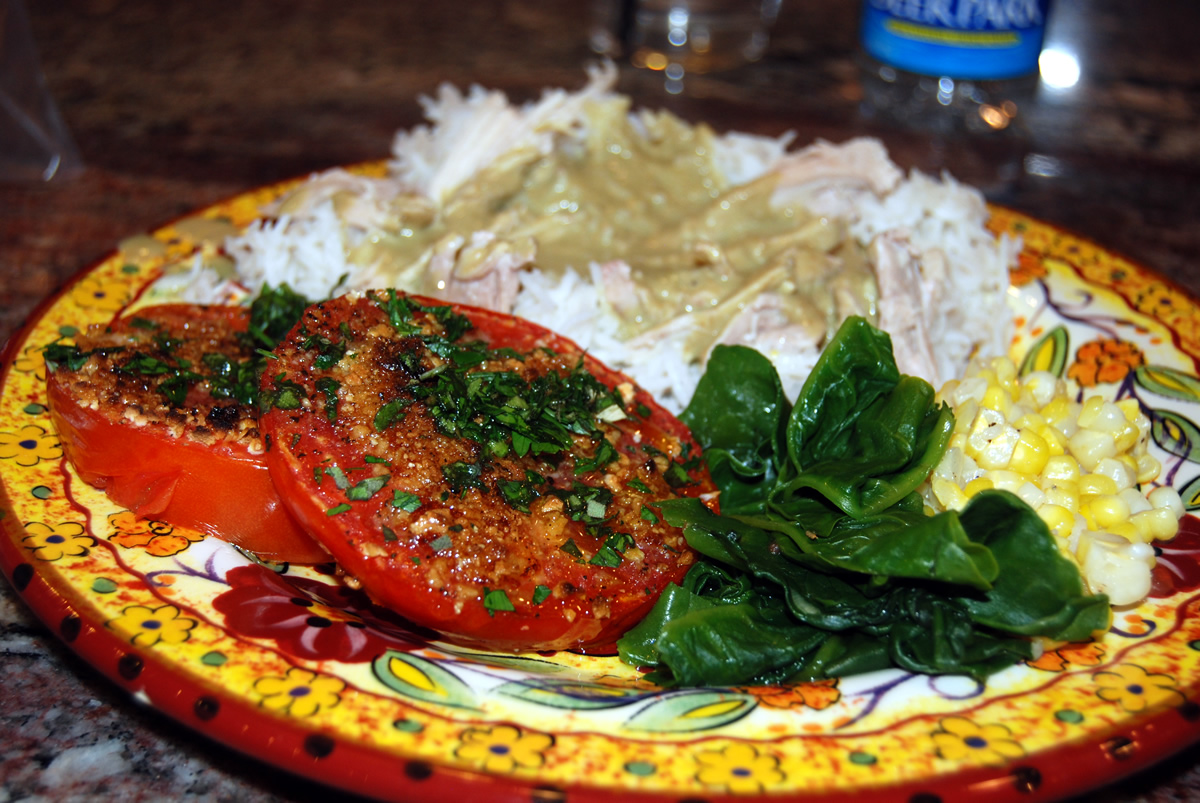 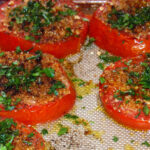 There was also some leftover corn off the cob and a little sauteed spinach. And then there was a little "last chance" chardonnay wine to go with it. What a great meal!
« Green Fruit Salad Recipe
Cantaloupe with Chilled Cantaloupe Soup Recipe »