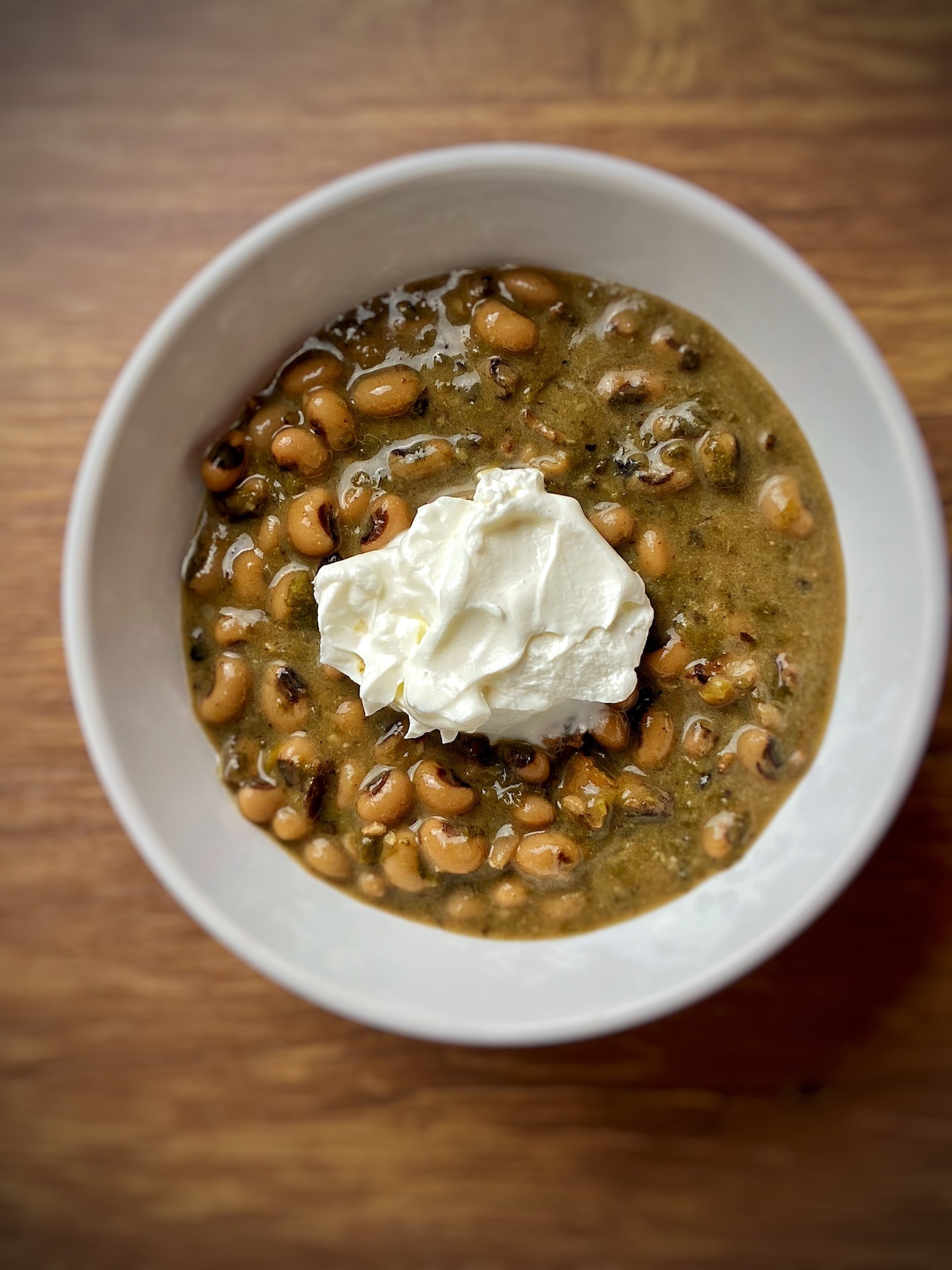 My college friends were very generous to me on the occasion of my 60th birthday, not only traveling from New York, Illinois, Florida and California to celebrate with me but also enrolling me in the “Bacon of the Month” club – just the thing for the aging female form!  I love it.

The first installment came in chilly January:  one pound each of Signature Spice Co.’s Cherrywood Smoked Bacon and Palmer Family Farm’s Parmesan Garlic Bacon.  We immediately employed the Cherrywood variety by wrapping it around scrumptious dry scallops and broiling them up.

It’s practically a delicacy, especially served over this Coconut Curry Lentils dish.  We were left with a bunch of small pieces of bacon that we then fried up to sprinkle on salads or throw in with scrambled eggs. 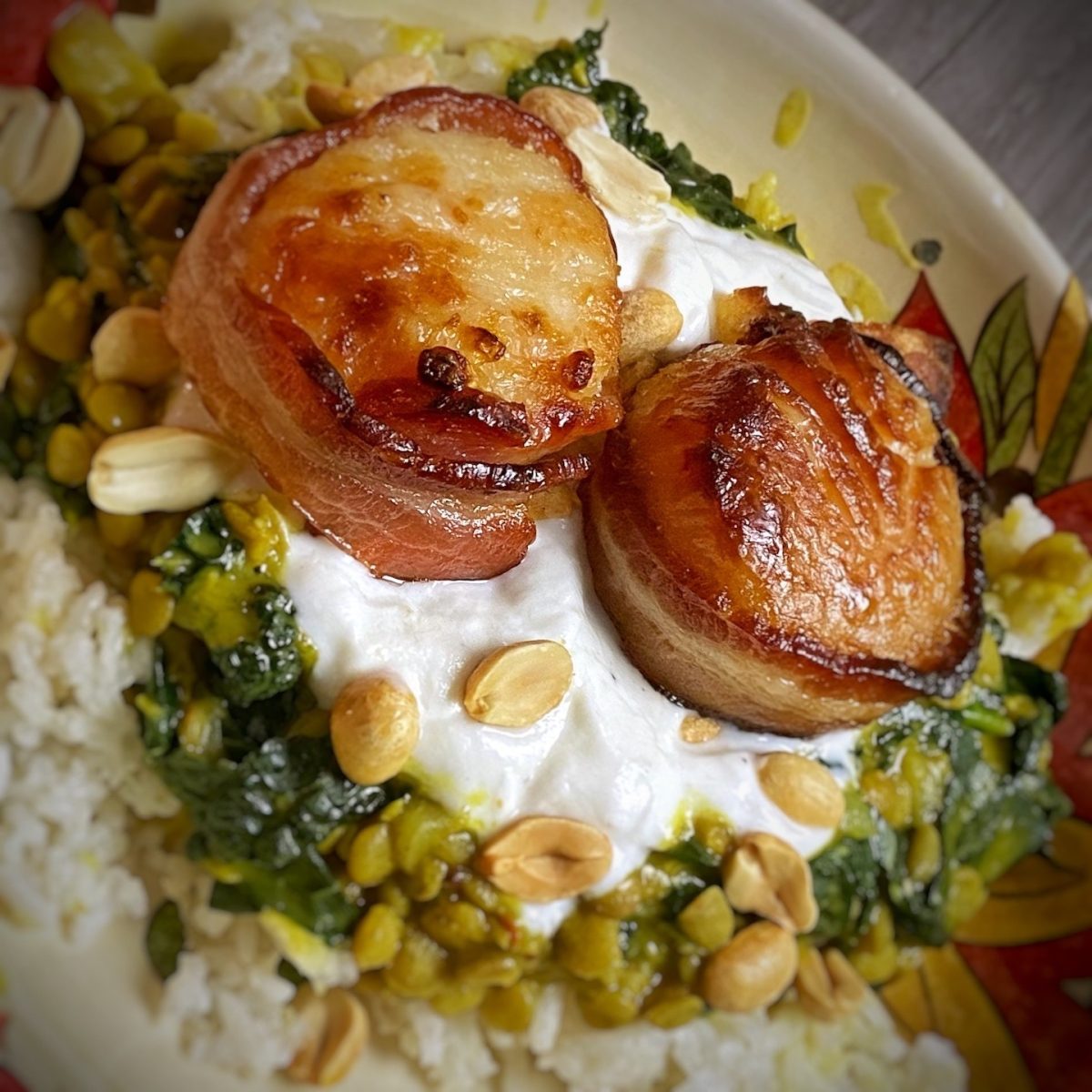 A few days later I noticed that a recipe had been packed in with the bacon, courtesy of “Amazing Clubs,” the source of this generous gift.  I had never eaten, much less made, Black-Eyed Pea and Bacon soup, but I was about to!

It turned out to be easy, with just a few key ingredients besides the beans and bacon, namely chicken stock, bay leaves, thyme, parsley and garlic, all of which we typically have on hand.

As with all dried beans it helps to start the process the day before.  I found the black-eyes peas with all the other dried beans in the supermarket and soaked them overnight.

If you haven’t planned ahead, you can still follow a “quick soak” method by boiling them for 2-3 minutes and then allowing to sit off the heat, covered, for an hour or so.

The recipe called for the Cherrywood Smoked Bacon, but we had already consumed all of that, so I decided to use the Parmesan Garlic Bacon and skip the 4 cloves of minced garlic in the ingredient list.

That worked out perfectly, and the Parmesan added a delicious cheesy component to a winter soup.  The other substitution I made was the stock – I still had turkey stock left over from the holidays, so I defrosted that, and it seemed to work just as well.

In my book, there is nothing better than cooking a winter soup on a Sunday afternoon to enjoy that evening and all through the week, as we did with the Black-eyed Peas and Bacon soup.

Thanks, friends, for the gift that keeps on giving! 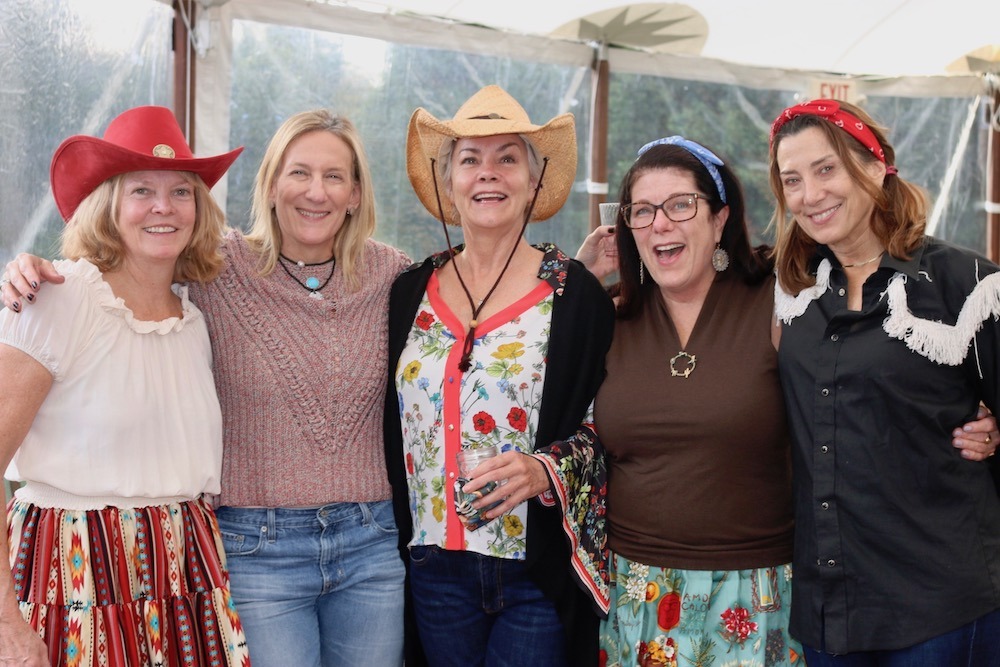 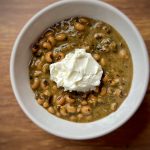