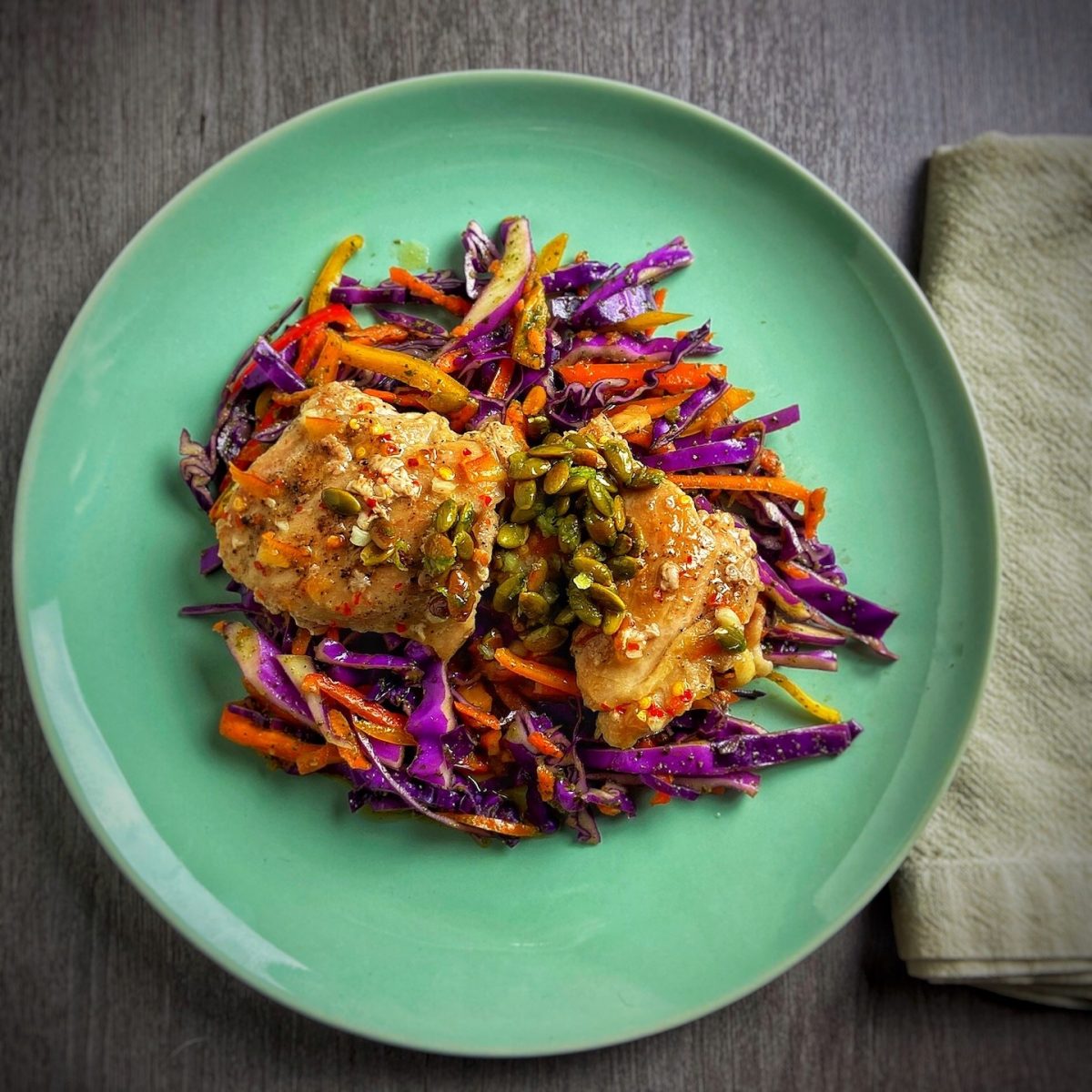 A Great Slaw Side Dish for Chicken, Fish or Beef

Last night my wife and I prepared another great meal from Blue Apron. This was based on a Cuban style chicken thighs cooked in a garlic and citrus sauce that was delicious but I really wanted to share with you the cole slaw made with cilantro dressing.

Why Do They Call It Cole Slaw?

I wasn't sure if I should call this cole slaw or just slaw and that got me thinking where the name "cole slaw" came from so I did a little research and found out it is from the Dutch term "koolsla" which means cabage salad. I also learned it can be made with either mayonnaise or with a vinaigrette.

According to Wikipedia, the term coleslaw first appeared in the 18th century when the Dutch word "koolsla" was anglicised into "kool" which sounds like cole in Dutch and "sla". So you have "kool" (sounds like cole) and sla = cole slaw or coleslaw.

By the way, my dad made a great cole slaw in his day and you can see his recipe at My Dad's Favorite Cole Slaw Recipe.

The Blue Apron box came with a ¼ cup package of cilantro sauce but it's easy to make yourself with just a few ingredients. If you want to skip this step, just look for a good commercial brand of cilantro sauce at your local supermarket.

My kids are not fans of cilantro so I don't think I'll be preparing this sauce for them when they are home from school. Fortunately, my wife and I love cilantro and really enjoyed this slaw.

The pine nut looking seeds you see in the photo as a garnish are called pepita seeds. What are pepitas?

They are very similar to pumpkin seeds and some people use the names interchangeably but they are a little different. They come from pumpkins called Styrian or Oil Seed that produce seeds without a hull.

When you cut into a Halloween variety of pumpkin, you find seeds covered with husks that your roast before attempting to shell. With you cut open a Styrian or Oil Seed pumpkin, the small, green pepitas are sitting there without hulls ready to pick out, rinse and used raw or roasted.

For this slaw recipe, you can use pan roasted pepitas as a garnish or leave them out. 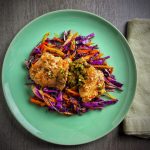 Use this slaw as a side dish or base for chicken, as shown above, or with fish or beef. Garnish the dish with the garlic-lime pepitas.
« Black Eyed Peas and Bacon Soup Recipe
Marinara Sauce Recipe »