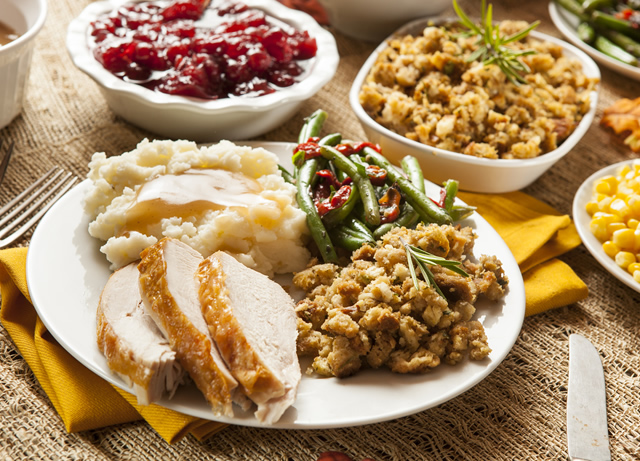 The Cost of Thanksgiving Dinner in 2016 Is Back Under $50

The price of a Thanksgiving meal according to The American Farm Bureau Federation is now less than $5 per person. Before you get too excited, last year it was $5.01 per person so not much of a decline but I'll take it.

Every year the American Farm Bureau puts out this information for us to see. This is the 31st annual "informal price survey of classic items found on the Thanksgiving Day dinner table".  It's a great list but I find it interesting they don't include regular potatoes which went up .08 cents from $2.65 for a five pound bag in 2015 to $2.73 in 2016.

Another item they don't include are eggs but maybe they are included under Miscellaneous Ingredients. They are. I just checked and the Misc. Ingredients include coffee, butter, evaporated milk, onions, eggs, sugar and flour.

Eggs dropped a whopping$1.52 from $3.00 per dozen to $1.48.  I'm guessing this has to do with the Asian Bird Flu virus that hit our poultry industry last year. They have it under control this year.

Milk prices are down because of the "expansion in global milk production". Pumpkin prices are a little lower because there was better production in 2016.

The biggest ticket item on Thanksgiving is typically the turkey and this year a 16 pound turkey is down $.30 cent or $.02 cents per pound. You will actually see stores selling fresh and frozen turkeys at an even bigger discount because they often used as a loss leader to get people into the store to buy all the other items for the biggest meal of the year.

I would like to thank all of you for supporting The Reluctant Gourmet this year and want to wish you a Happy Thanksgiving.