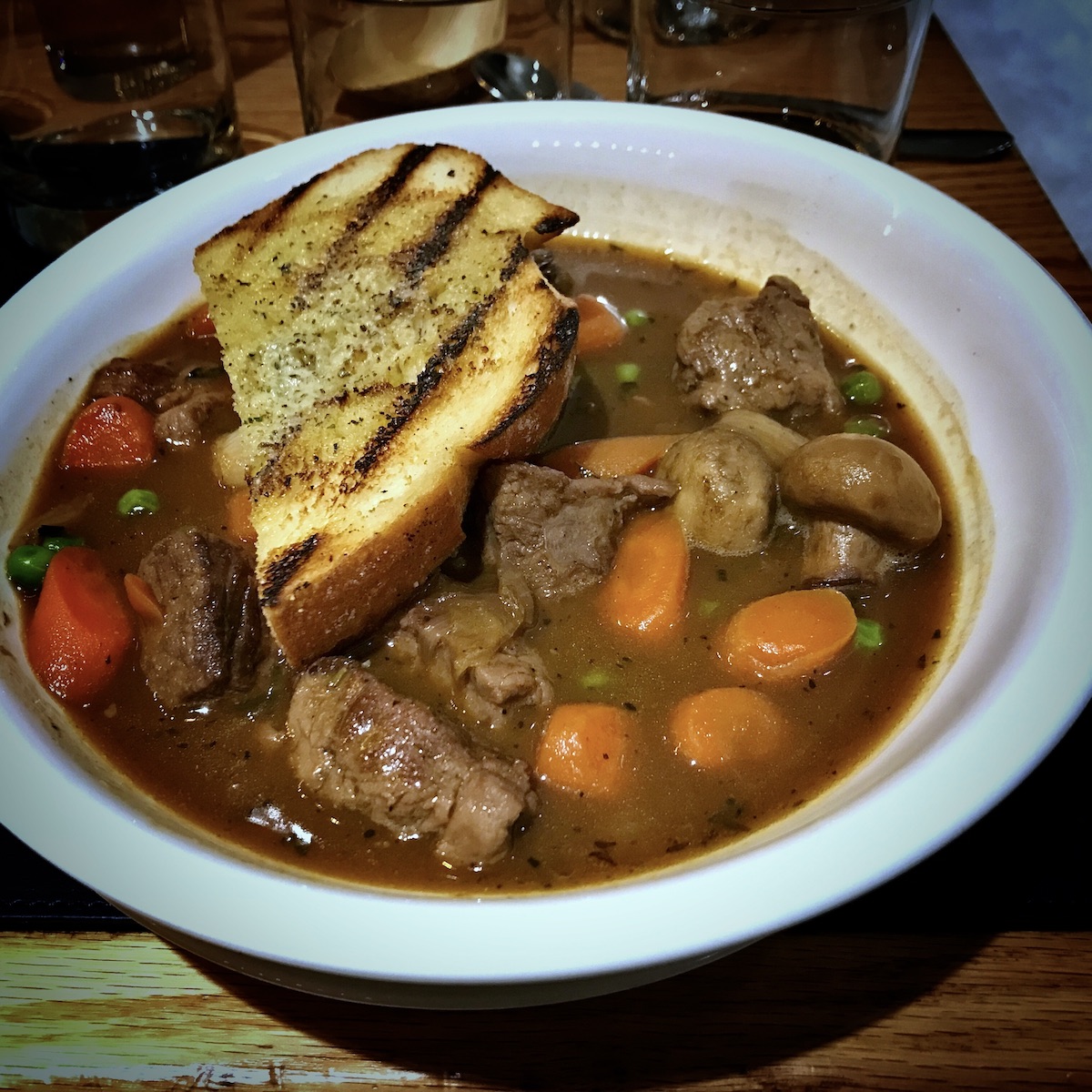 How to Make a Great Stew Recipe

Nothing hits the spot on a cold, snowy day than a rich and steaming bowl of stew. But what is, stew, exactly and how to stew properly.

I don’t know about you, but that pretty much sounds like braising. And it’s true; there is really very little difference between braising and stewing.

In a stew, the meat is generally cut into chunks while meat is often left whole in a braise. In a stew, the liquid usually covers the meat, and in a braise, the liquid might only come halfway up the sides of the meat. Those are differences of degree, though. For my money, these two cooking methods - and the dishes created using them - are almost identical.

Cooking by boiling has occurred for literally tens of thousands of years. This technique has been refined over the years, of course, and references to more modern stews can be found throughout recorded history, from the lentil stew in the Biblical story of Cain and Abel to Hungarian Goulash with paprika in the 1700’s to Byron’s reference to Irish Stew in 1814.

Stews exist all over the world, although they might not be called “stew.” Other names you might have heard include Kentucky’s burgoo, French Cassoulet, Ratatouille, Beef Bourguignon and Bouillabaisse, India’s infinite number of curries, Louisiana’s gumbo, Hungary’s famed goulash, and Mexican/Tex-Mex Chili con Carne. Furthermore, people all over the world stew every day without a recipe and without calling it a specific name.

The best cuts of meat for stewing are the toughest cuts - the ones found nearest the “hoof and the horn.” Prime stewing candidates include shank, brisket, chuck, oxtail and round. Don’t limit your stews to beef, though. Irish stew shines because of lamb or mutton, and carnitas is a fantastic crispy pork stew. And don’t forget the chicken. After all, dark meat chicken is the star of Coq au Vin.

The best fish to stew are thick, meaty steaks. Since all seafood is relatively lean, you certainly don’t want to cook a fish stew for as long as you would a beef or pork stew. Consider cod, halibut, snapper, grouper, shark and sea bass as appropriate candidates for stew. Stewing time may be as short as ten minutes, so be prepared, and make sure you read your recipe carefully. The general method of preparing a stew is:

The vegetables in a long-cooking stew are pretty much useless at the end of the process. You can either discard them and add “new” vegetables during the last 30 minutes or so of the stewing process, or you can leave some of the spent vegetables in the stew, and use your stick blender to blend them into the sauce to help thicken it.

You can stew in a Dutch Oven or in a crock pot. Don’t knock the crock pot - these long, slow, moist cooking methods were what they were made for, and they are very good at it.

You will note that I said you want to brown your meat and your vegetables in the same pot you’ll be stewing in. When using a crock pot, this isn’t an option. In this case, do all of the browing in a sauté pan, deglaze with the liquid specified in the recipe, making sure to scrape up all the fond (browned bits). This is where all the flavor is. Now, you can pour the vegetables and the deglazing liquid into the crock pot.

If you don’t have a crock pot, you will be fine, but make sure that your Dutch oven is completely oven-safe. If it has plastic or other composite handles, err on the side of caution and stew on the stovetop on a very low setting, but it is worth your time to seek out a sturdy, all metal Dutch oven which is suitable for use in the oven.

One of the best ways to develop deep and wonderful flavors in a stew is to sear the meat and the vegetables before stewing. Since a stew is a moist heat cooking method and never rises above the boiling temperature of water, the meat will never get hot enough to brown. The boiling point of water is 212 degrees, F, at sea level, and the browning reactions don’t start at temperatures below 330 degrees, F, so it’s essential to use a dry heat cooking method to encourage the browning that will result in a deeply flavorful and satisfying dish.

There are some “blond” stews - fricassee, for one - that do not call for browning. If you want to remain faithful to the recipe, don’t brown the meat or the vegetables for these types of dishes. Just know that the final product will have a more delicate and less complex flavor than stews that start with browning the meat and vegetables. 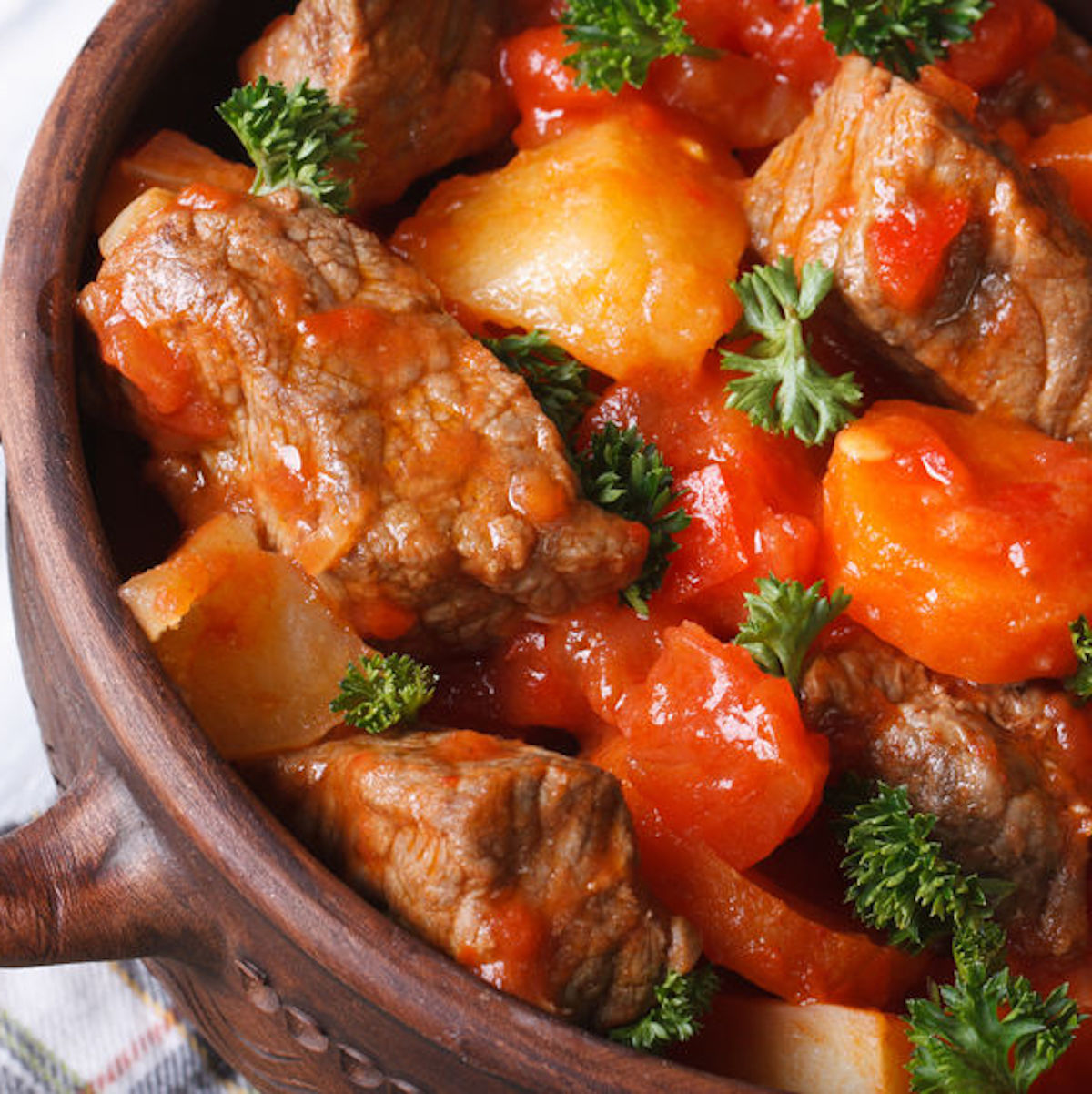 There are infinite recipes for beef stew. If you just did a Google search, it would come back with over half a million hits!

This is one that I really like to make. I use some red wine for depth of flavor and homemade chicken or turkey stock. Sometimes making a beef stew with wine and beef stock makes it almost too rich. Using a lighter stock is a good compromise. 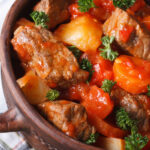 This might be a two-day project, but it is worth it. Enjoy!
« Poaching Eggs, Meat, Chicken, Fish and Vegetables
10 Stir Fry Lessons To Be a Better Cook »