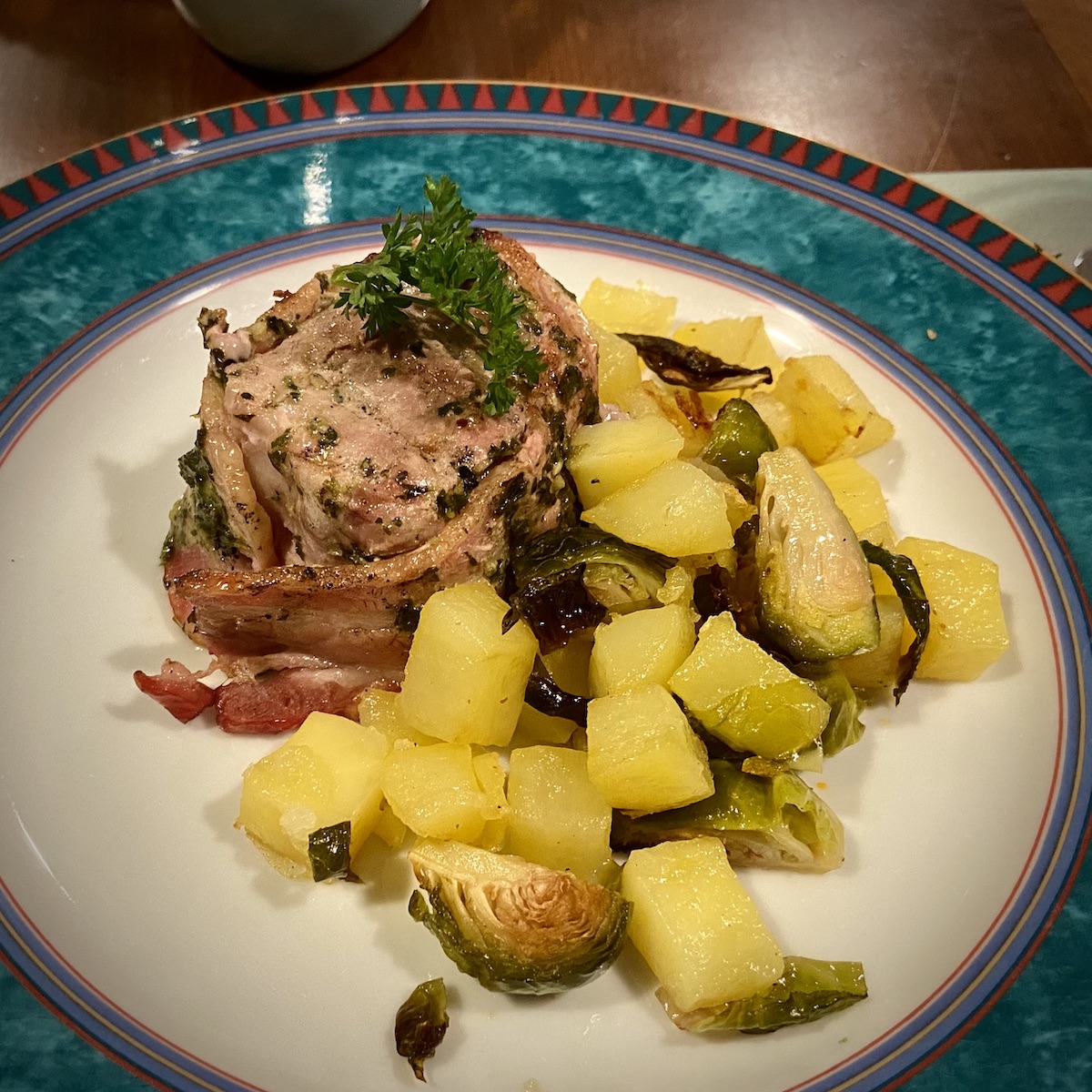 If you like garlic, you are going to love the traditional Latin condiment Chimichurri sauce. Although there are many different variations, it is basically a simple combination of parsley, garlic, olive oil, vinegar and some seasonings.

Although Chimichurri sauce originated in Argentina, it has become popular throughout the Latin American countries and now here in the United States.

My friend told me in Argentina they use it as commonly as we use ketchup. He said there is always a bowl on the table and when it starts to run out they just make another batch and add to what's there.

You can buy it commercially, but don't bother. It is so easy to make and so much better fresh than anything you'll find in a jar.  If you don't use it all one night, save the leftovers to serve with something the next night.

It goes great with chicken, steak, pork, fish, just about anything. I have a slightly different variation for the sauce at my recipe for Grilled Flank Steak with Chimichurri Sauce.

There are lots of stories how the name Chimichurri came about. I like the one that says it was invented and named after an Irishman whose name was Jimmy McCurry.

The local Argentineans could not pronounce his name correctly so instead they called him and his sauce Chimichurri. Not sure if that is true or not, but it makes for a good story.

This recipe came from one of my favorite cooking magazines, Cuisine at Home. No advertising, just recipes and techniques.

Basically you are cutting up pork tenderloin into 2-inch pieces that cook very quickly and can dry out if you are not careful. They wrap bacon around each piece of meat to add flavor but it also prevents the pork from grilling too quickly.

The bacon-wrapped pork chunks are skewered, basted with the Chimichurri sauce and grilled. In the article, they warn you not to put too many chunks of pork on a skewer and to be sure to leave some room between the pork pieces so the bacon is exposed and will cook evenly.

I didn't follow their directions very well and had to spread them out while I was cooking. It would have been a whole lot easier to just use a few more skewers.

And speaking of skewers, they suggest threading the pork on two skewers instead of one. Adds stability, making it easier to flip them without having the pork spinning out of control.

I did follow their instruction and they are right. It is easier to turn them and I'll be trying this technique on all future shish kabobs.

The recipe says to brush the Chimichurri sauce on to the pork pieces just before grilling. I tried that and next time I will make a batch of sauce, reserve ¼ of it to serve on the side and then add the rest to a shallow cooking pan big enough to hold the skewers.

This way I can put the skewered pork right into the sauce and baste them with less mess. I'll use whatever is left in the pan to baste the pork while grilling. I lost a lot of the sauce down into the grill doing it their way and didn't think the coverage was as good as it could be.

Remember, the reserved Chimichurri sauce isn't cooked so the garlic is raw. It tastes great when you're eating it but there's a good chance you are going to smell of garlic the next day even after a shower.

I walked into my gym and my trainer told me I smelled of garlic. It was even worse after I started working out. I know, MITN (more information than needed)

As Good As It Gets

I always distinguish good recipes from great recipes as "As Good As It Gets." My wife took one bite of the grilled pork with this sauce and announced this is one of the best meals I've cooked. I'll take that as a "Good As It Gets."

I served the suggested side dish mentioned in the Cuisine at Home article. I never would have thought to combine banana and pineapple with sweet potatoes but it worked out great. You can find the recipe at Mashed Sweet Potatoes with Banana and Pineapple. 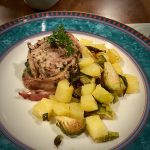 For the Chimichurri Sauce