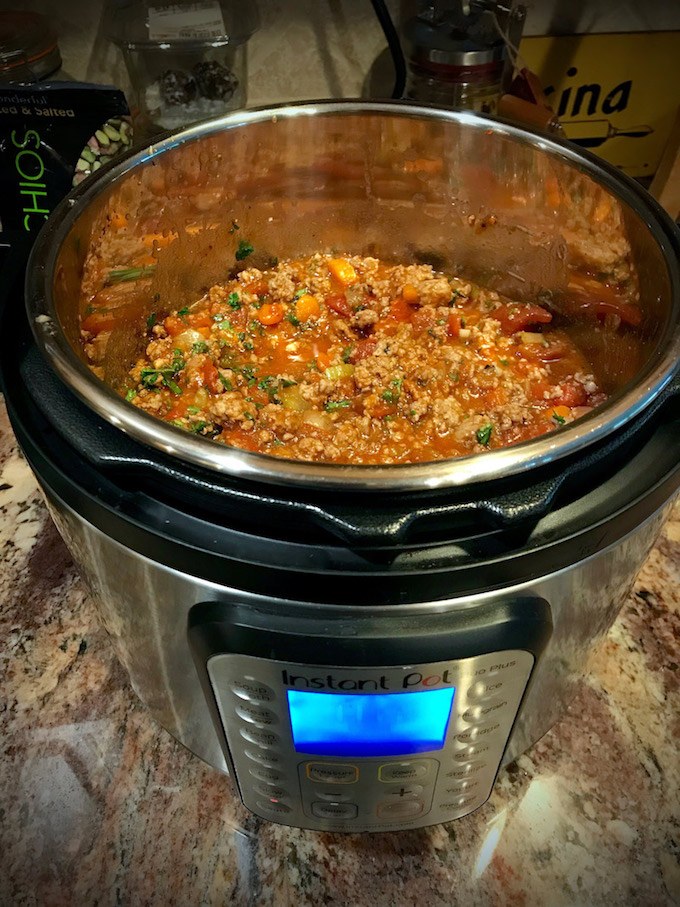 How I Made My Favorite Bolognese Sauce In An Instant Pot

So when I received an Instant Pot for Christmas, I was curious to see how well Instant Pot Bolognese would turn out, and I was pleasantly surprised with both flavor and the overall cooking time it saved me.

The actual cooking time after all the ingredients are prepped and browned is just 15 minutes once the Instant Pot gets up to pressure. So, the total time includes

If I were preparing this in my Dutch Oven or large soup pot, it would take the same amount of time to prep the ingredients, and brown the meat and vegetables but cooking time can be 2 to 3 hours for a total time of somewhere between 2 ½ hours to 3 ½ hours.  Quite a difference.

Does One Taste Better Than the Other?

First, let me say whether you make this sauce in an Instant Pot or a Dutch Oven, both taste better the next day, in my opinion. I even wrote a post called Why Do Some Meals Taste Better The Next Day?

I liked the Instant Pot version of the Bolognese sauce and so did my family. But taste can be so subjective.

For example, take this same dish and serve it with friends at a dinner party with a nice bottle of wine or serve it up during the week at the kitchen table with everyone hurrying to get through dinner to finish their homework. Which do you think will taste better?

This recipe is not much different than my other two Bolognese recipes, but there are a few differences, and adding some ingredients makes a difference. For example, if you are adding milk or half & half to the sauce to give it more richness, you add it after cooking in the Instant Pot.

If you want to make one of the best pasta sauces ever in less time, especially during the week when time is at a premium, I think you’ll love the Instant Pot version. 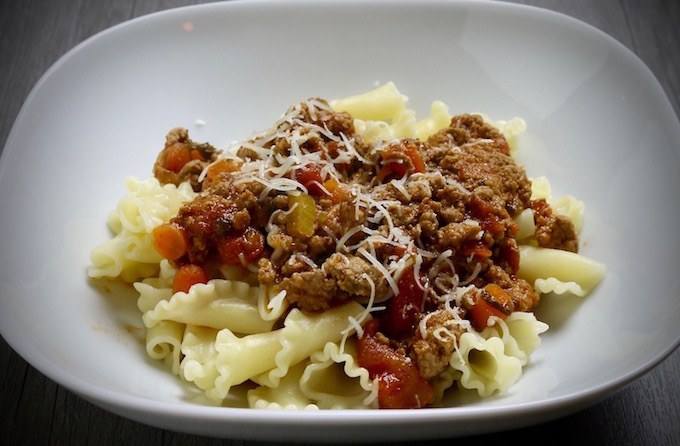 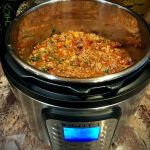 I have read on several blogs that you can skip the browning of the vegetables and meat and dump everything into the Instant Pot and start cooking. I have not tried this yet, but I will and will let you know how it turns out and if I will do it again.