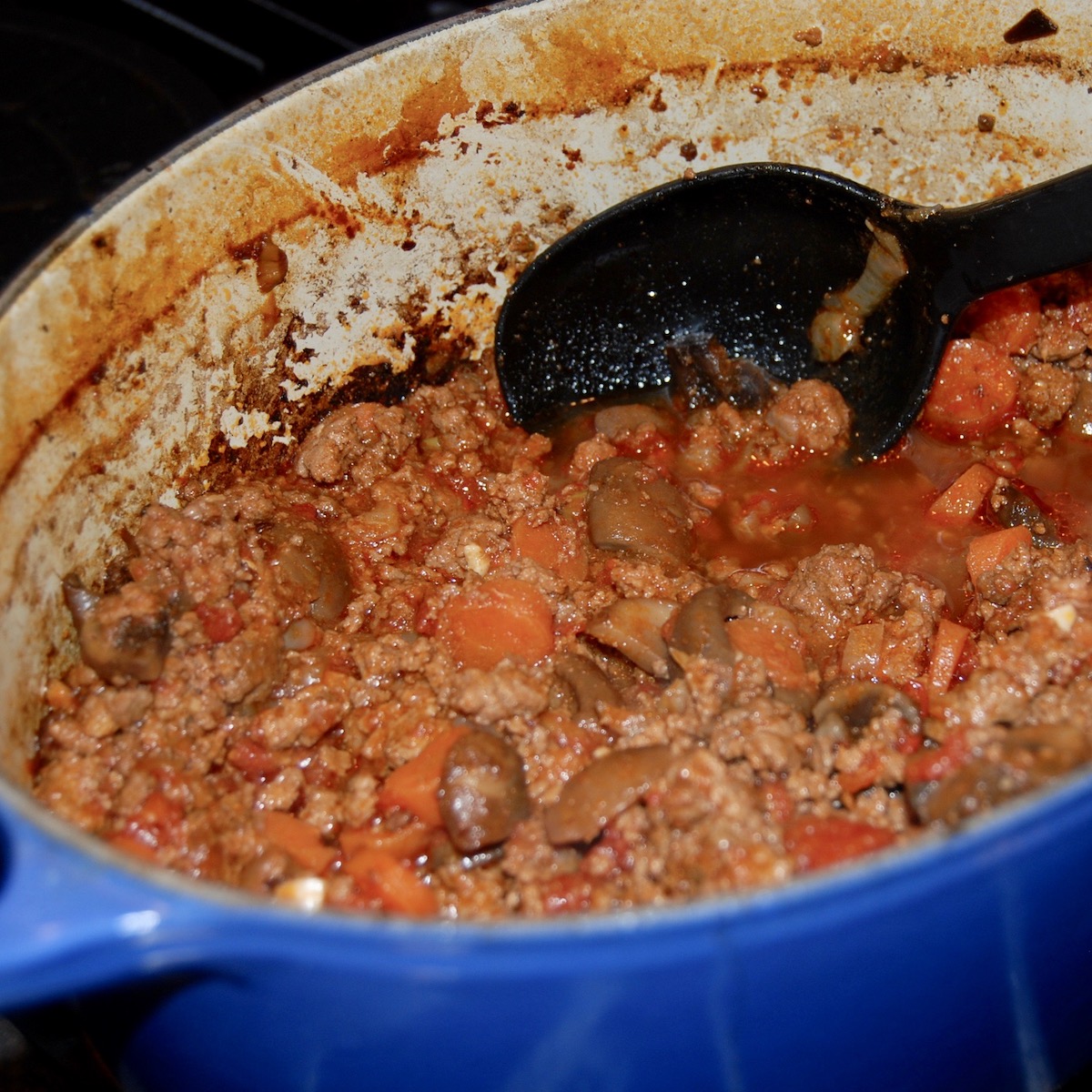 Some Meals Just Taste Better The Next Day - How Come?

I'm sure all of you have prepared a stew or lasagna and thought it tasted better the next day. I know I have and some meals like braised short ribs, I will purposely prepare them one day to eat the next so all the fat rises to the top and solidifies while in the refrigerator.  I scoop out the fat with a spoon the next day for a delicious, less fatty sauce.

I received this email from Diane where she says, "About your posole tasting better the next day - lots of stews and soups taste better the next day. I discovered accidentally it isn't really the length of time so much as an issue of temperature. In the winter, I will put a pot of something in the snow to cool it off, and then heat it up again - voila! It tastes like the next day. Definitely this is true for beef stew and curries." - Diane

When I emailed Diane and asked her why she thought this was true, she wrote back,

"Oh, just a stab at a reason here.... maybe all the flavors have time to mix together - if the dish is cold, the molecules get closer together. In the case of cooking, so many dishes "mellow" with either time or cooling. I don't know the exact reason, but it definitely is a phenomenon. One thing's for sure, cooked eggplant really tastes better the next day. Btw, there's a good book called "How to Read a French Fry" that talks about the scientific aspects of cooking. One thing I learned is why it's good to throw in some old oil from a previously frying to new oil. Stuff like that." - Diane

A Professional Chef's Point of View

Hmmm, interesting answer and makes sense but I thought I would ask my friend Chef Jenni Field, a graduate Orlando Culinary Academy, Le Cordon Bleu Culinary Arts School.  She is a wealth of information and frequent contributor at the Reluctant Gourmet Cooking Community and Culinary Forum.  Here is what she had to say,

"Most people swear that their soups and stews taste better the next day.  But why?  I have a couple of theories about this:

Theory 1: The flavors in your stew/soup/braise/curry benefit from concentration or reduction.  This happens with long, slow cooking and cooling.  During these processes, some of the water in the dish evaporates leaving more concentrated flavors behind.  But, Diane brings up a good point.  Often the food tastes better after a period of refrigeration and reheating.

So, here is Theory 2:  it's kind of like tempering chocolate.  I know; work with me here.  The cocoa butter in chocolate is made up of several different fats that all have slightly different melting points.  The purpose of tempering is to get the fats to crystallize at the same time, providing that snap, sheen and resistance to melting that define chocolate in good temper.

So, to temper chocolate, you go through a process of heating, cooling and reheating the chocolate to a good "working temperature."  Now, this might be a bit of a stretch, but think of all of your ingredients as the different compounds in cocoa butter.  Each one releases its flavors at slightly different temperatures and under slightly different conditions (this is why adding some alcohol in the form of beer, wine or even spirits to a dish often rewards you with a more complex end product--some flavor compounds are not water soluble, but alcohol is soluble and won't develop unless you introduce alcohol to the mix).

Once you've cooked your stew/soup/braise/curry to doneness, the cooling and reheating "tempers" those disparate flavors; they "marry" into one harmonious and complex overarching flavor profile with all sorts of nuances.  And that is why I (almost) always exercise supreme restraint when making a braised/stewed dish and wait and serve it the next day."

Both Diane & Chef Jenni have excellent points of view and if you have a different theory please let us know below. Whether you are a home cook or a food scientist, I would like to hear what you think about this subject.