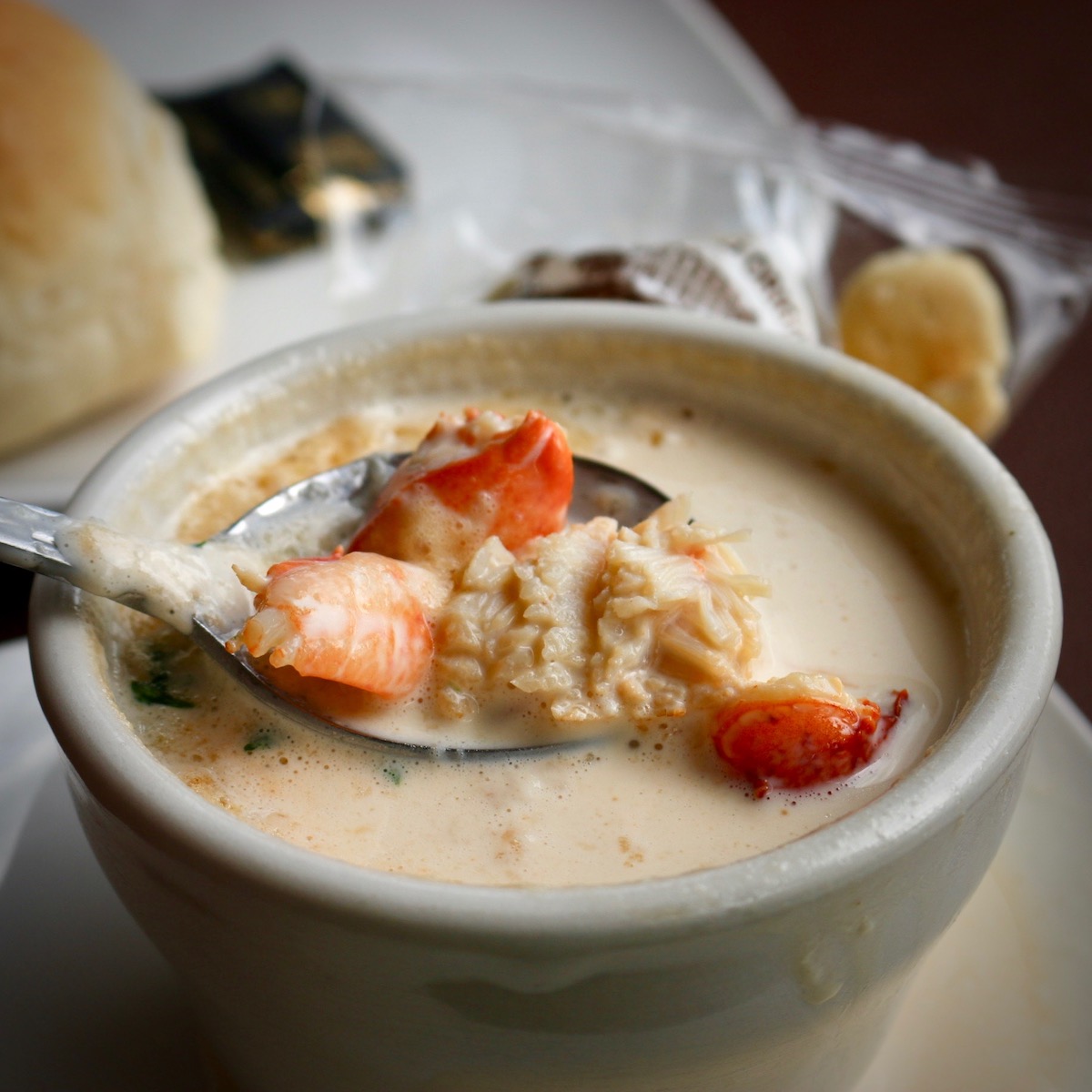 How to Prepare a Great Lobster Bisque at Home

Bisques are a type of soup, historically based on crustaceans (crayfish, lobster, shrimp, or crab), that are thickened in one of a myriad of ways and then finished with cream.

Naturally, bisques are smooth, creamy, and rich. But the flavor of the base seafood should be poignant and not overpowered by the succulence. Not surprisingly, bisques are French in origin and often associated with more lavish eateries.

This lobster bisque will look at all things Lobster Bisque. It will include some great recipes and a look at how bisques differ from chowders, a little history, cooking videos, and a few other surprises.

I want to thank my friend Chef Mark Vogel, an excellent food writer who provided me with his well-researched article about lobster bisque that I incorporated into this lens.

What Is the Difference Between a Bisque and a Chowder

I know; you thought they were the same thing - right?

Bisque differs from chowder in that chowders usually employ potatoes, are thickened with roux and are chunky. However, it is not uncommon for bisques to contain pieces of whatever seafood they are based on.

Traditional bisques are thickened with rice, breadcrumbs, and/or the puréed meat or shells of the crustacean in question. Contemporary versions rely on roux (as in the recipe below) in conjunction with concentrating of the cooking fluid via simmering.

According to Wikipedia, it is believed the term "bisque" is "derived from Biscay, as in the Bay of Biscay, but the crustaceans are certainly bis cuites "twice cooked" for they are first sautéed lightly in their shells, then simmered in wine and aromatic ingredients, before being strained, followed by the addition of cream."

According to the Food Lovers' Companion, a chowder is "a thick, chunky seafood soup, of which clam chowder is the most well known. The name comes from the French chaudiere, a caldron in which fishermen made their stews fresh from the sea." "The term is also used to describe any thick, rich soup containing chunks of food (corn chowder)." 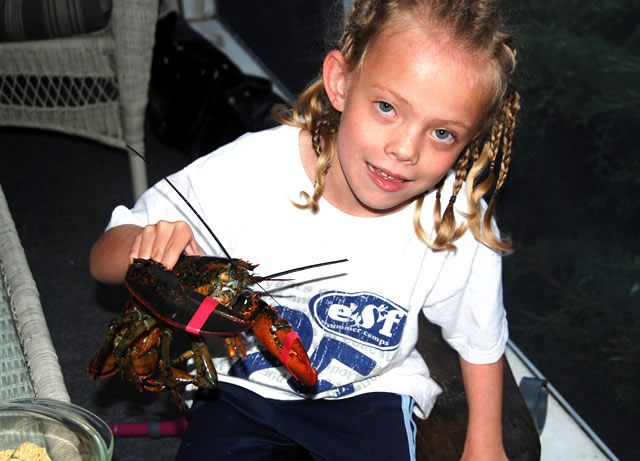 How to Buy Lobster & Not Get Ripped Off

"Buyers Beware" Whether you are buying whole Maine lobster or frozen lobster tails, you must be careful to purchase quality products and not get ripped off. I have written two articles that look at these situations and recommend you read them before buying any lobster products online. You can find them at:

How to Buy Lobster Tails & Not Get Ripped Off

How to Buy Live Maine Lobsters & NOT Get Ripped Off

Working With the Correct Tools Makes the Job Easy

The Unpleasant Task - Killing the Lobster

Lobster bisque presents a perplexing difficulty to the average home cook. It begins with killing the lobster. No, not merely by dropping it in boiling water (which is already beyond what many can stomach), but with a chef's knife driven right between its eyes.

As lurid as this sounds, it's the most humane approach as it instantaneously severs the brain. The lobster is then broken into its parts and utilized to produce a stock that forms the soup's basis.

So why can't you just boil the lobsters?

Because, like any food, boiling leaches flavor. Beginning your bisque with pre-boiled lobster will undermine the soup's intensity.

But don't worry. If you don't have the nerve to do a Jack-the-Ripper on your lobster, I have a decent compromise: Steam your lobster and then use the leftover water as the base for the stock.

Whatever flavor has dripped into the steaming water will be reintroduced to the dish. Plus, I add a secret ingredient to augment the seafood essence, which we'll get to shortly.

What About the Roe and Tomalley? - It's All Good

Some chefs like to include the roe and tomalley (liver) in the soup to push the lobster flavor even further if you're as squeamish about eating the eggs and liver as you are about plunging a knife in its head, then this a moot point.

However, if you are a connoisseur of the creature's offal, then we're kind of back to the stabbing conundrum.

Traditionally, the roe and tomalley are removed before cooking (which means you have to kill the lobster by hand). They are then whisked into the soup just before the presentation.

Of course, you can steam the lobster and remove them, but you will compromise some flavor.

Remember this caveat for all cooking: Whenever you save money, time, labor, or unpleasant emotions, it almost always comes at the cost of flavor. 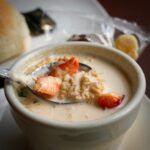 So What If You Don't Want To Make It at Home

Don't worry; you can always buy it in a can. I have no idea how these lobster bisque from a can taste and I'm sure they are not as good as homemade, but I'm all about options.

If you cannot stomach the thought of cooking your lobsters as described in the recipes above, but you have to have some lobster bisque, these may be a great alternative.

Know for their crabs but another great resource for live Maine lobsters and other seafood. Greg Cain started CrabPlace.com in 1997 in Crisfield, Maryland, America’s seafood capital by selling and shipping fresh Maryland crab caught daily by local watermen. Their unique packing and delivery processes kept crabs at their freshest, and our satisfied customer base grew quickly. They expanded to selling live Maine lobsters and lobster tails and pride themselves on delivering fresh seafood from the dock to your door, and to your table. They are committed to ensuring that their service is as outstanding as their food. Your complete satisfaction is their goal, and they back that up with their CrabPlace.com Guarantee.

« A la carte or Prix Fixe
When in Italy, Eat Like an Italian »