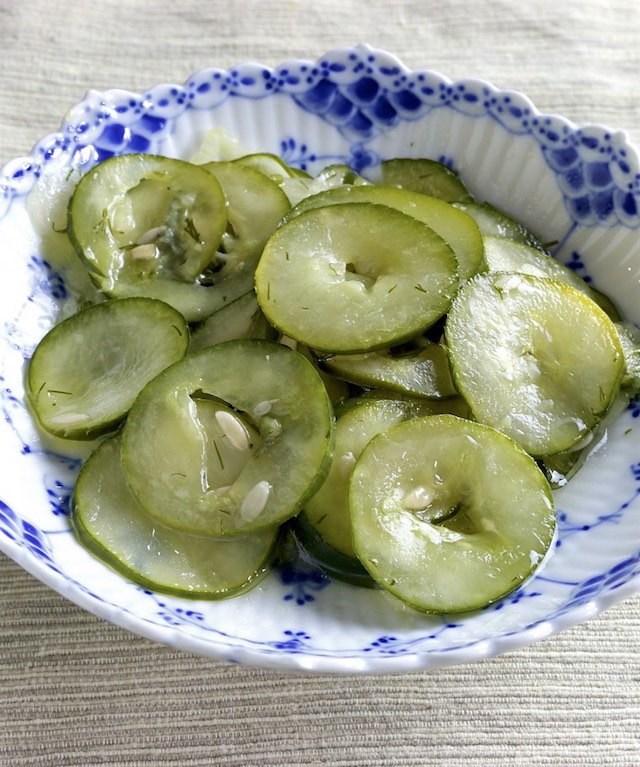 How to Make Danish Cucumber Salad at Home

I grew up eating sliced cucumber salad but we called it agurke salat (a-gorka sal-at) which is the Danish name. My mother being Danish would serve it to us as a side dish or on open faced sandwiches called smørrebrød.  Just writing about these sandwiches is making my mouth water.

Smørrebrød sandwiches are as much art as they are a delicacy. I remember my mor mor (mother's mother or grandmother) taking her time to assemble a plate of these delicate sandwiches for lunch.

And when I was just a kid visiting her in Denmark, we would go to Tivioli Gardens where there was a shop that sold them individually.

She would let me pick out my favorites and then we would go sit somewhere in the park and dine. I can't wait to take my kids there when they get older. Some of these sandwiches used agurke salat as one of the ingredients.

When I tell friends about my Danish cucumber salad, I'm often told they know it but call it by another name native to their own ethnicity.  I'm guessing it is a popular dish to all the northern Scandinavian countries and their neighbors. 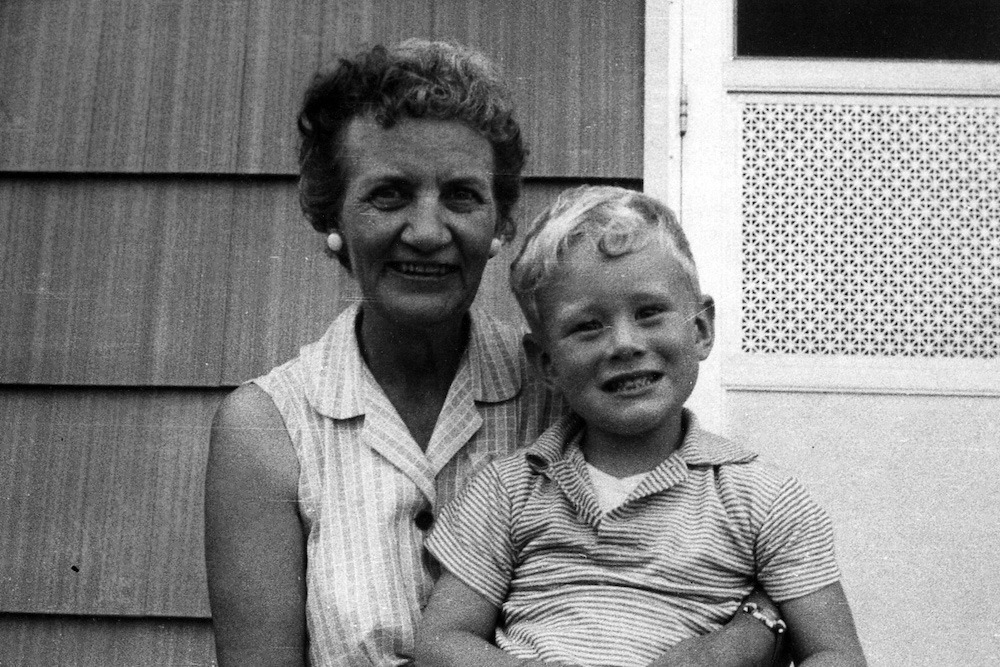 There are two important steps when preparing this cucumber salad. First, slice the cucumbers paper thin.  Second, salt them to remove, as my mother would say, “the burp” from them. Other than that, the rest is easy.

I like to make a big batch at a time and eat them all week long. I even use the vinegar mixture a second time and just slice and salt some more cucumbers. 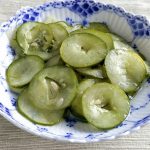 This is really simple to make and goes especially well with pork.
« Convection Oven or Conventional Oven for Baking
Humbled But What a Great Night of Cooking »