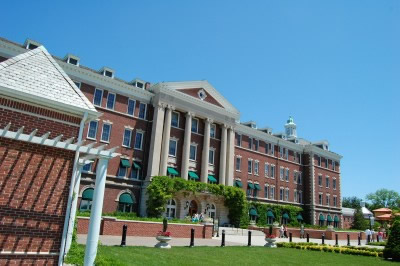 Which Culinary School Did the Top Celebrity Chefs Go To?

The best route to being a successful chef usually involves getting a solid culinary education. The country’s biggest celebrity chefs are a great example of this. From the Culinary Institute of America to the The International Culinary School of The Art Institutes, these schools have sent out some of the most famous chefs of our day. Have you ever wondered what cooking school your favorite chef attended?

Cat Cora: Cat Cora has gained a lot of attention as one of the “Iron Chefs” on the Food Network’s Iron Chef America. She attended the Culinary Institute of America in Hyde Park, New York, and in addition to Iron Chef America, she has co-hosted the Food Network’s Kitchen Accomplished. She has also put her cooking school education to work by co-founding the charity Chefs for Humanity.

Rocco DiSpirito: This famous celebrity chef also intended the Culinary Institute of America in Hyde Park, New York. DiSpirito has won the James Beard Award for one of his four cookbooks, as well as being named as “American’s Best New Chef” by Food and Wine Magazine. The instructors in his culinary programs are probably not terribly surprised to note that People Magazine also named him its “Sexiest Chef Alive.”

Bobby Flay: With numerous cookbooks and several television shows under his belt, Bobby Flay is one of the most famous celebrity chefs in the United States. His culinary education at French Culinary Institute where he received the first “Outstanding Graduate Award” years later prepared him to create the Southwestern cuisine for which he has become so well known.

Tyler Florence: With television credits that range from broadcast TV to cable specials, Tyler Florence is a true celebrity chef. His education at the College of Culinary Arts at the Johnson and Wales University in Charleston, South Carolina prepared him not just to cook, but also to write numerous cookbooks.

While not all celebrity chefs have attended cooking school or baking school, some of the most famous and popular ones credit their culinary education for their success. For those who want to follow in their footsteps, looking into culinary programs can be the best place to start.

« Rib Daddys Ribs and Steaks
Are Whole Grains Really Better for You? »