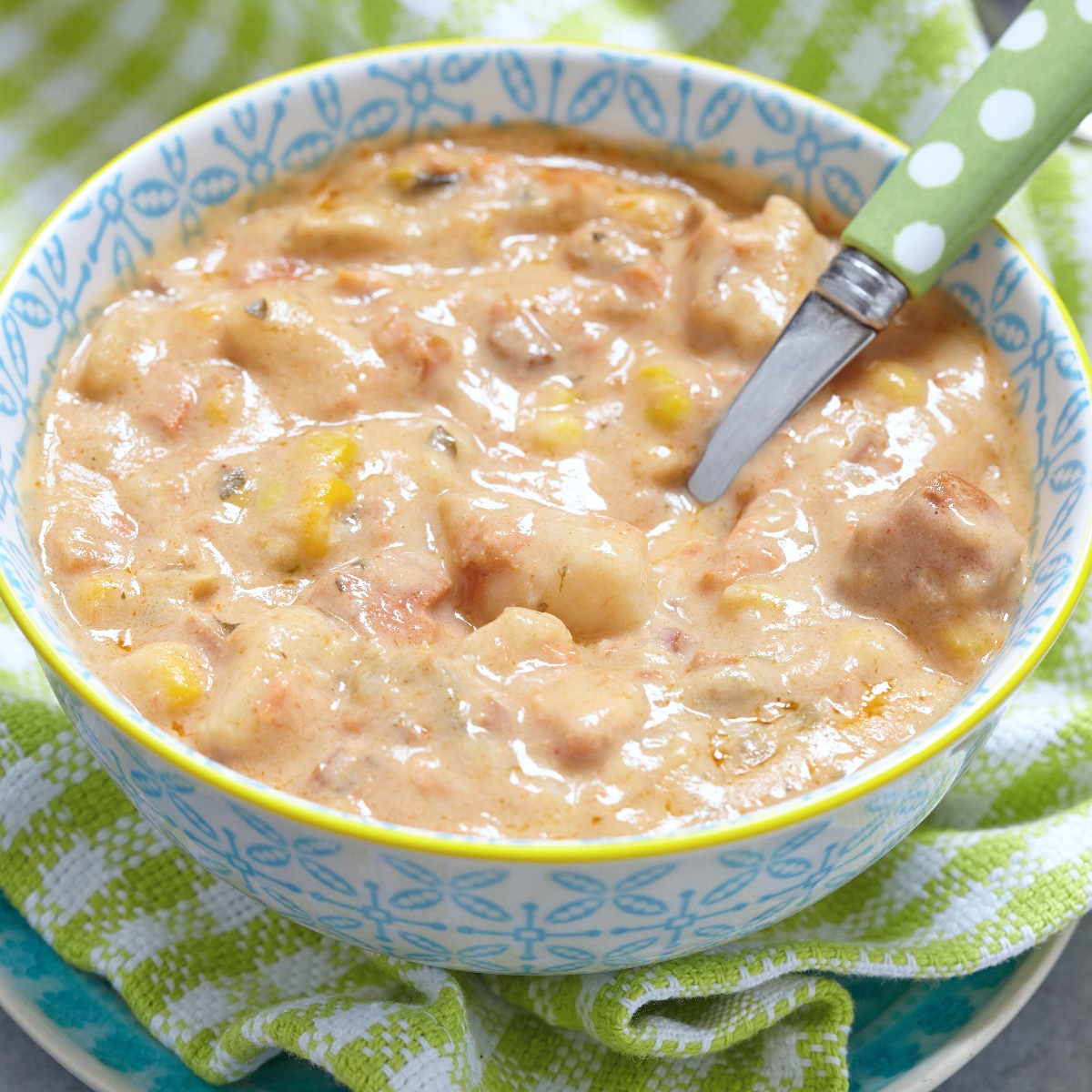 One of the very cool things about Facebook is finding old friends you haven't spoken with in ages. This recipe comes to me from an old high school friend I recently found on Facebook.

When we first met in homeroom on our first day of high school, we discovered we were born just days apart in the same hospital and both had mothers from Denmark. Small world. Eric went off to sea his senior year but we keep in touch by letters and years later he visited me in New York City. And then we lost touch until our Facebook connection.

Eric is a stay-at-home dad like myself and takes on a lot of the cooking so I asked him to send me one of his favorite recipes. This fish chowder is one he used to make when he was working on commercial fishing boats.

He has worked on crab boats and salmon boats in Alaska, fished lobster in Maine and on trawlers in New Zealand so I guess he should know something about fish chowder. 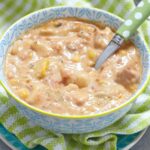 Eric also likes to add shrimp to this dish with the fish.
« Curry - All About Curry
All About Chocolate - Part 1 »