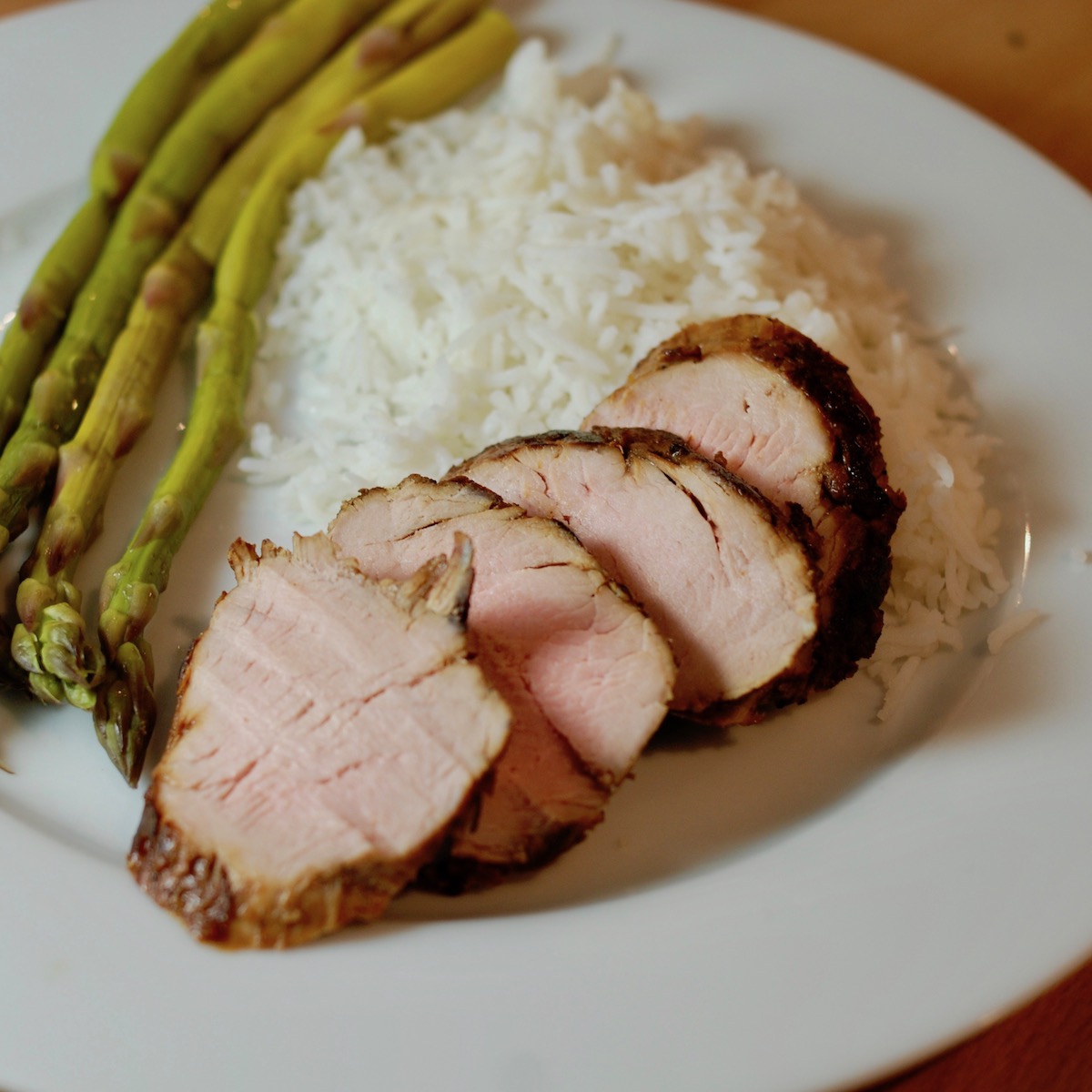 A Simple AND Delicious Recipe for Roasted Pork Tenderloins

Let's take a look at this incredible recipe for roasted pork tenderloin with Citrus Sauce.

It's been a while since my last Cookbook Challenge Recipe, and I apologize but I've had a lot going on around here since I posted my last recipe. I hope you are all going through you cookbooks that may be collecting a little dust on your bookshelf and finding some fun new recipes to work on.  I did with this one.

I defrosted a couple of pork tenderloins and was looking for something "quick and easy" to prepare with them.  I started leafing through a bunch of my cookbooks until I found one that looked interesting.

I have no idea where I purchased this cookbook, but it is the companion to Chef Brehier's PBS cooking series, Incredible Cuisine back in 1998 for Time Life and was their best selling cookbook for two years. Although Amazon doesn't stock his cookbook, it is available from one of their "sellers" at greatly reduced prices.

I have not cooked from this cookbook in a long, long time, but I remember when I did the recipes were easy to prepare and the dishes were always delicious.  I'm sure I thought to myself that I need to cook more recipes from it, but then put it back on the shelf and forgot about it.

Not sure how my kids would like the tangy citrus marinade, I decided to just marinate one of them and roast the other with just a little olive oil and salt and pepper.  Turns out I could have marinated both tenderloins because the kids enjoyed both.

I say this is a quick and easy recipe, and it is, but you do have to allow time for the meat to marinate. Chef Brehier says at least 4 hours. I served the pork with rice and steamed asparagus, but mashed potatoes and any of your favorite vegetable side dishes would be great too.

There were a couple of procedures described in Chef Brehier I wasn't sure of so I adapted it so it made more sense to me. This recipe is worth a try. 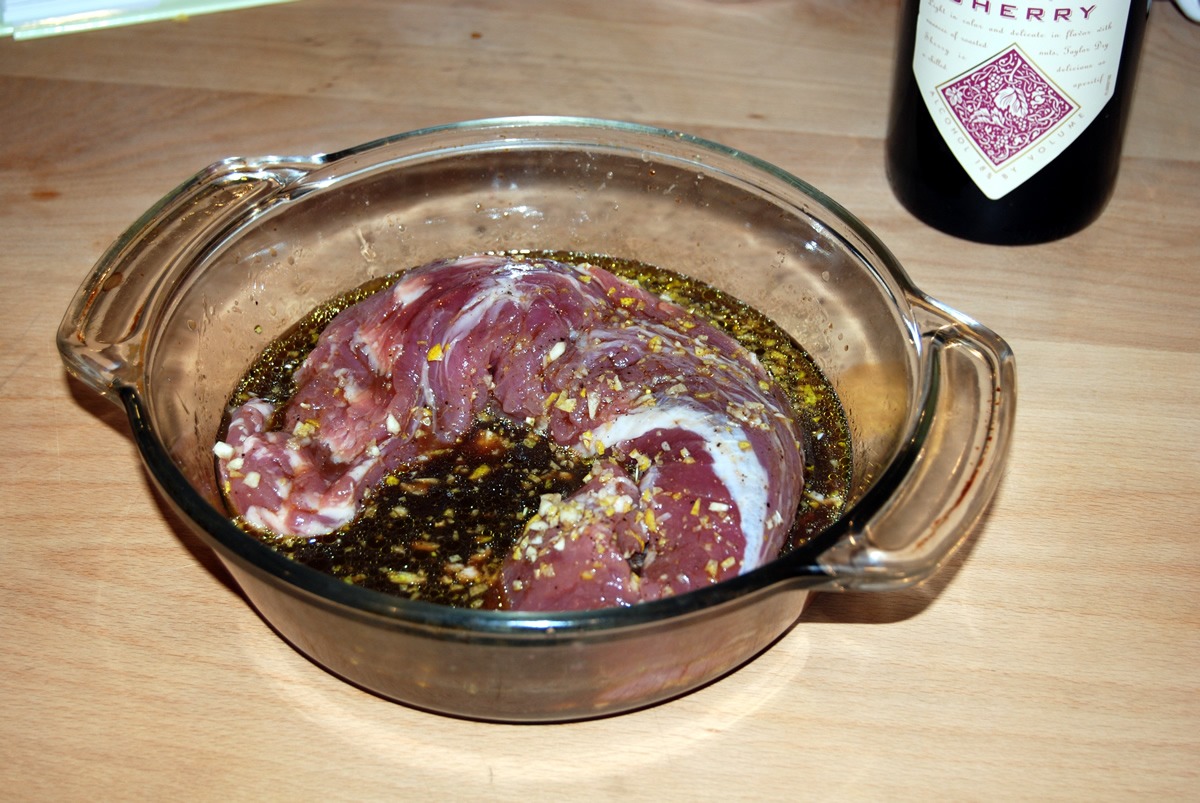 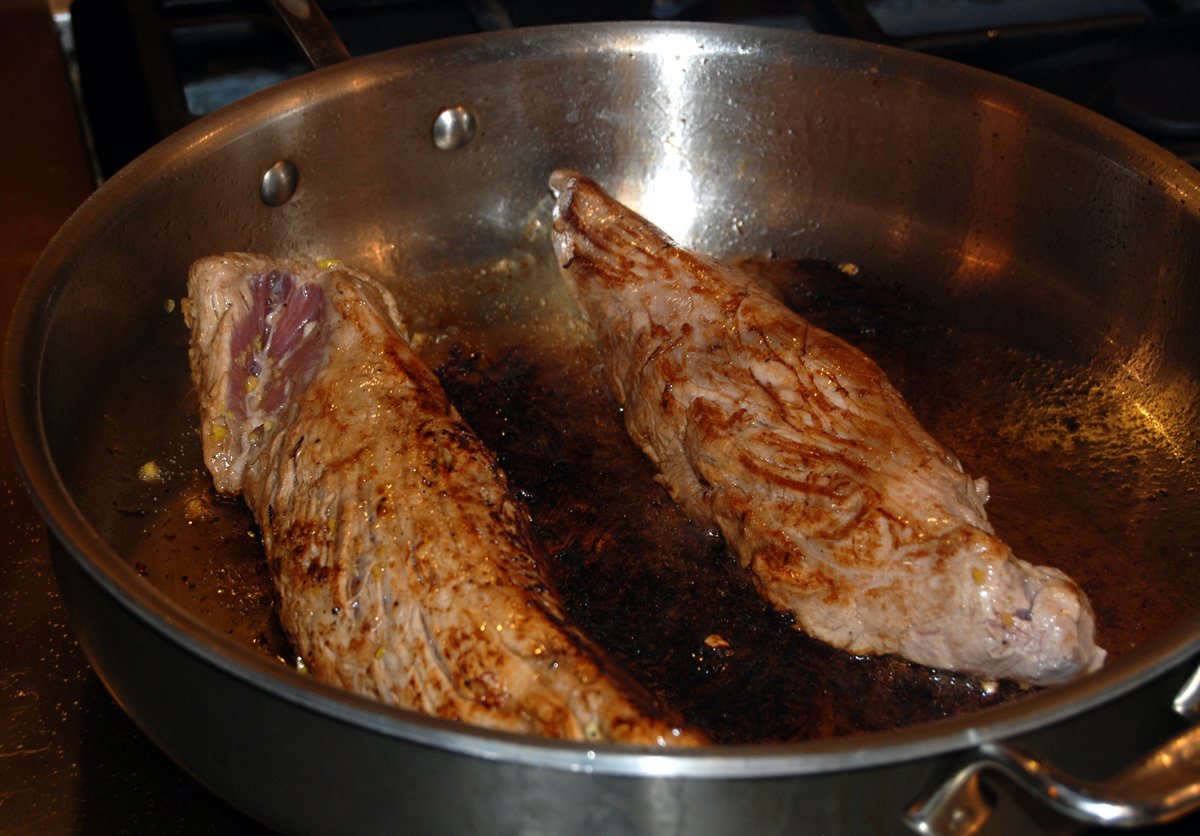 Sear the meat in a large fry pan or roasting pan 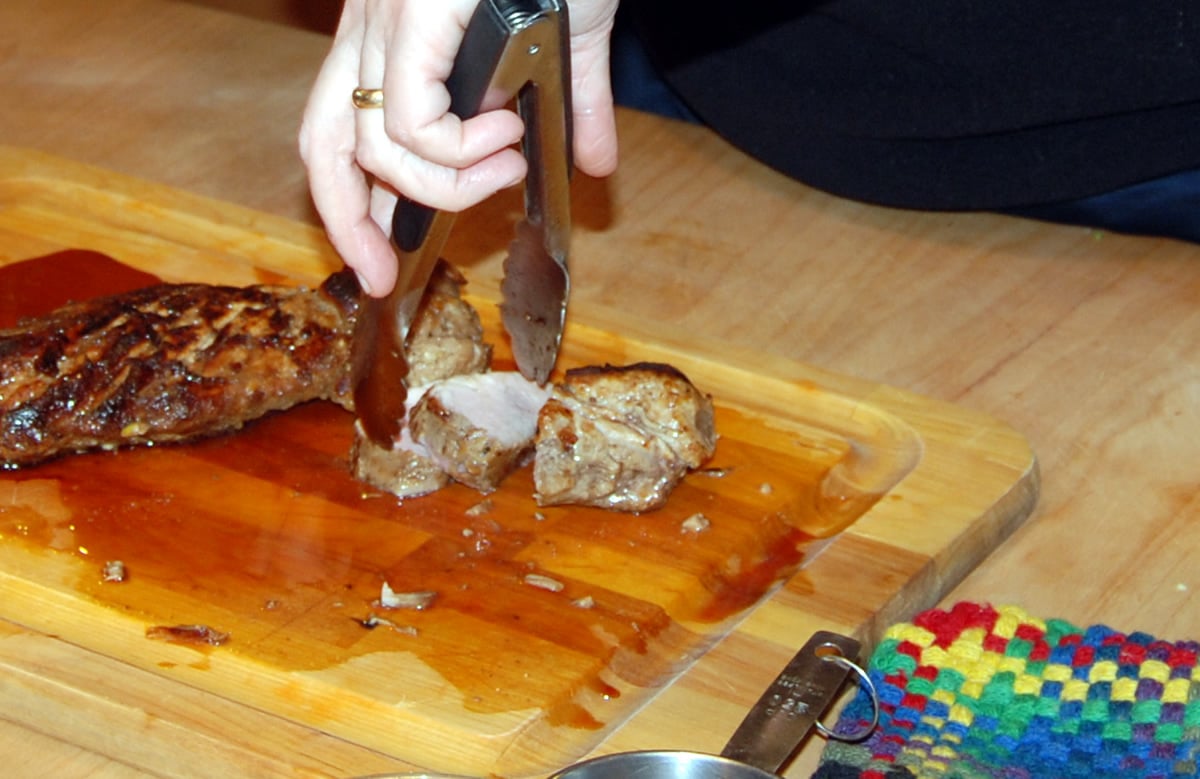 Cutting up the tenderloin into medallions to serve 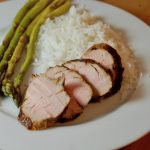 I'll be trying more recipes from Chef Brehier's Incredible Cuisine because they always turn out great. I wonder if I can get him to do a Novice to Pro Chef Interview with me? That would be a lot of fun.
« Chicken Pot Pie Recipe
Why Grapefruit Smell Like Florida To Me »