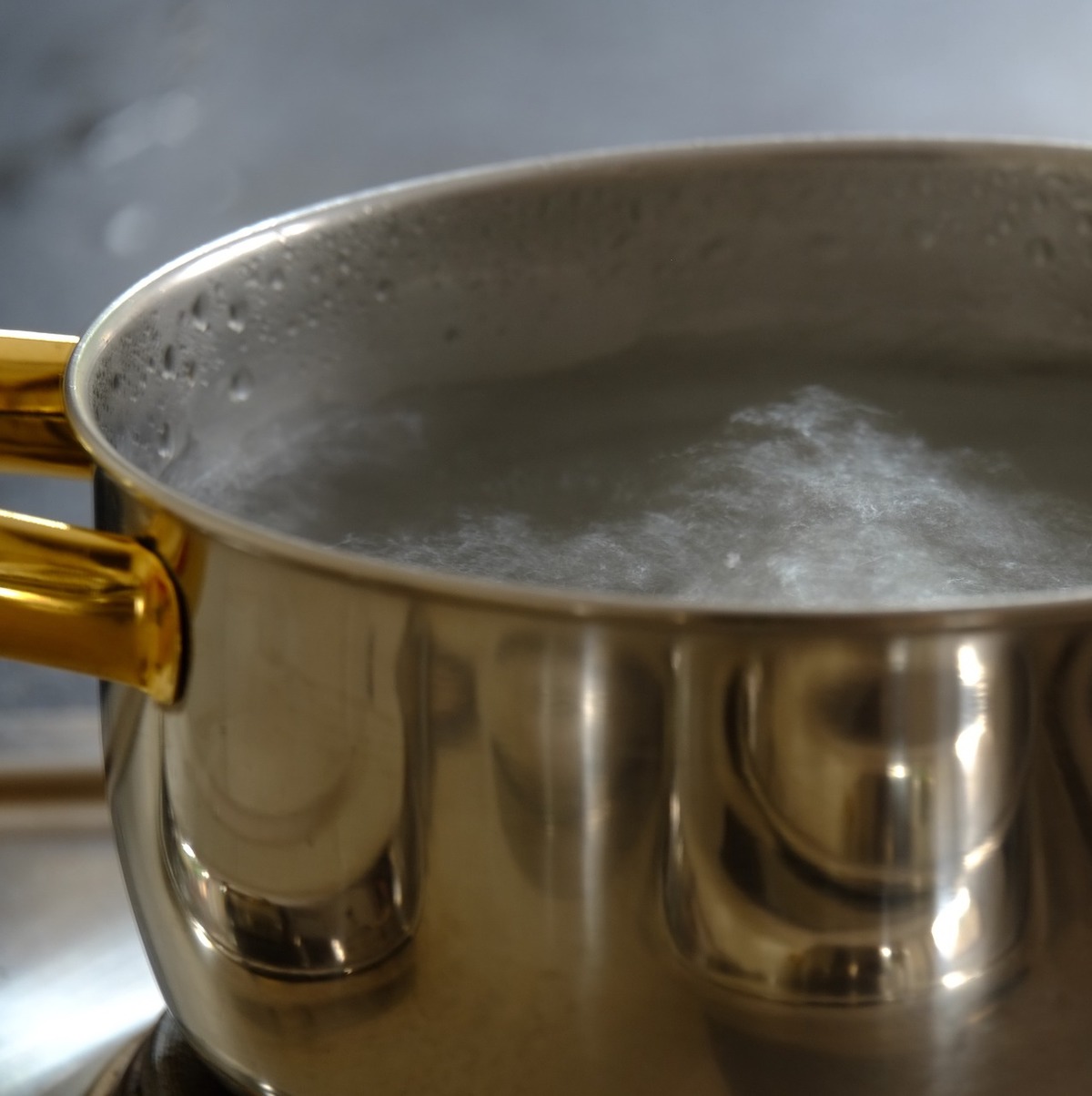 Let's talk about how to boil. Boiling occurs when water reaches 212°F (100C). There are a couple of caveats that come with that, however. First, the temperature of 212°F (100°C) applies only to water. Other liquids boil at slightly different temperatures.

Second, that temperature holds at sea level. For every 500 feet above sea level, you can subtract 1 degree F from 212°F.

I propose two stages for general cooking purposes: a gentle boil and a full boil. A gentle boil is characterized by many bubbles rapidly breaking the surface of the liquid.

A full rolling boil means the water's surface is extremely turbulent and bubbles rapidly and explosively break the surface.

Gentle boiling is ideal for cooking stuffed pasta such as ravioli and tortellini. A full boil works well for dried pasta and grains, such as rice and oats. The violent agitation of the water keeps starchy foods moving, thus avoiding sticking.

Boiling these types of dried foods generally takes between five and fifteen minutes. Immersing delicate foods in boiling water for concise periods of time, followed by immersion in ice-cold water, is called blanching.

Blanching times can range from just a few seconds to a minute, depending on the food.

Freeze unblanched apples, and you'll end up with brown apples within a couple of weeks. Blanching is also helpful in bringing out the bright colors of vegetables that are then to be served chilled, as for crudités, as well as for loosening the skins of peaches, nectarines, and tomatoes--even potatoes--for easy peeling.

And guess what? There are some commonly made mistakes that I am here to help you avoid. 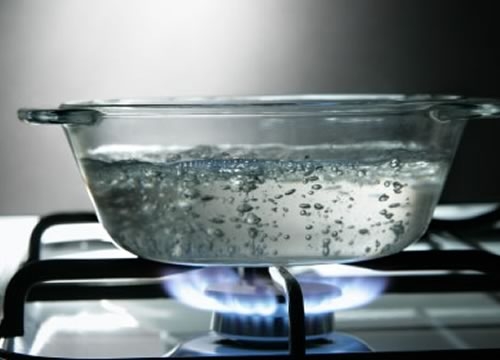 Mistake #1  My Vegetables Are Soggy!

While it's a great idea to blanch broccoli florets before putting them out for snacks, it's not such a great idea to boil broccoli until cooked through. Once the color peaks during boiling, it quickly begins to fade, leaving you with some sad, gray vegetables by the time they're cooked.

Dunk your vegetables in ice water after no more than a minute or once the colors have brightened considerably. Never walk away from blanching vegetables; you won't even have time to get across the room, let alone make a phone call.

Boiling for long periods almost guarantees soggy vegetables, so keep boiling times short, and be sure to shock your vegetables after blanching.

You blanch your spinach for about fifteen seconds, just enough to turn a bright and beautiful green. Then, you fish it out with a strainer, wander off to check the mail and return to a pile of dark green-ish gray-colored spinach. What happened?

The Fix--Don't Forget the Shock

The culprit, in this case, is carryover cooking. Of course, we're used to thinking about carryover cooking when roasting. We generally remember to take our food out of the oven before it reaches the target temperature, letting it coast to doneness while resting.

In the case of roasting, carryover works in our favor, as cooking continues even once the food is on the counter. With blanching, however, carryover cooking is the enemy. With delicate foods such as spinach and broccoli, overcooking can happen in a split second, and along with overcooking comes the dreaded gray color you are seeing.

When blanching foods, consider the ice water bath part of the blanching process rather than a separate step. Plunging blanched foods into ice water effectively stops the cooking process instantaneously. It can mean the difference between green and gray, so do it.

Never forget that boiling is a highly aggressive cooking process. The water is very hot and boiling most intensely in the pot.

Foods are bound to get banged up. However, when cooking boxed pasta, this is not a problem. The agitation keeps the food moving, and semolina can withstand the rough treatment.

However, not all pasta is created equal.

The Fix--Don't Forget the Gentle Boil

As Emeril is always so fond of saying, "The knob goes from high to low for a reason. Use it!"

Handmade and refrigerated pasta is more delicate than dried pasta, requiring more gentle treatment. Cook these pasta and other more delicate foods, such as dumplings, at a gentle, rather than a full, boil.

This has been a pretty exhaustive look at poaching, simmering, and boiling. I bet you had no idea that these methods are so different from each other, even though they all involve submerging food in liquid. It can be a bit confusing.

Just keep in mind that, on the roughness scale, poaching is at the very low end at "delicate," simmering falls somewhere in the middle and takes a longer time, and boiling is at the high end and is a relatively short cooking process.

Remember that poaching lends itself to lean meats and fish, while simmering (stewing/braising) is a better technique for tough, fatty meats.

Boiling is generally used to rehydrate dried foods, such as boxed pasta, rice, and other grains. And when blanching, a form of boiling, make sure to shock the blanched foods in an ice bath.