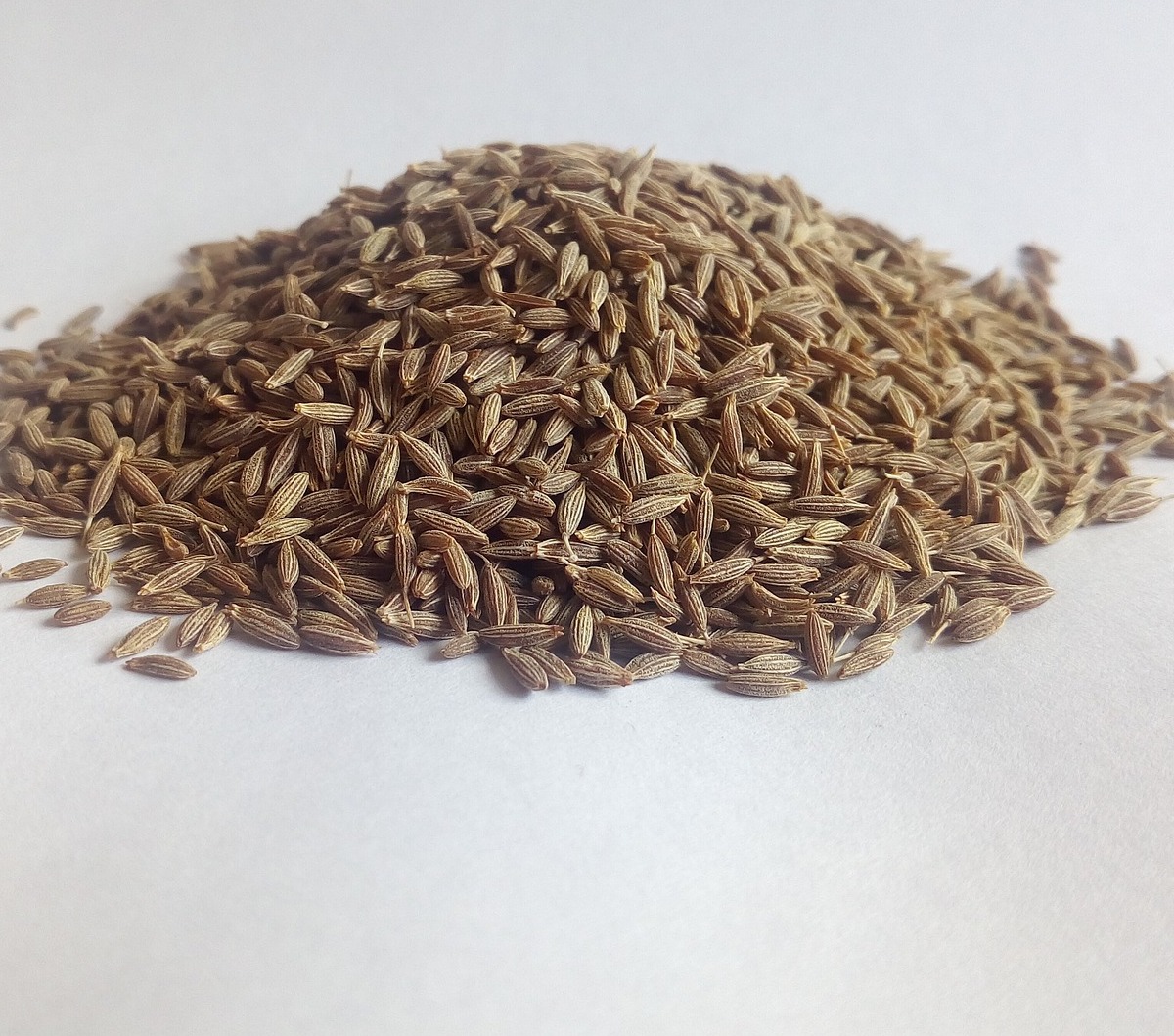 All About Cumin, Cumin Seeds and How To Use Them In Your Recipes?

Cumin, pronounced (kyoo·muhn) is a flowering plant from the Middle East. What we are interested in are the aromatic cumin seeds from this plant and also call cumin.

Did you know that cumin is in the same family (Apiaceae) as parsley, caraway and dill.

What Does a Cumin Plant and Seed Look Like?

To me, the cumin plant or Cuminum cyminum looks a lot like a dill plant that you may be more familiar with. It grows between 1 foot and 20 inches in height and has a smooth stem that grows to about 12 inches and height.

Each stem is branched and those branches have 2 to 3 sub-branches that form a uniform canopy. The leaves are “thread-like” and grow to about 4 inches long as you can see from the photo below.

The flowers of a cumin plant are tiny and typically white or pink. They grow in small bunches called “umbels” which sounds like umbrella and that is exactly what they look like.

The cumin seed, which looks very similar and is often confused with a caraway seed is oblong with 8 ridges and is yellow brown in color.

Can I Grow Cumin in My Garden? 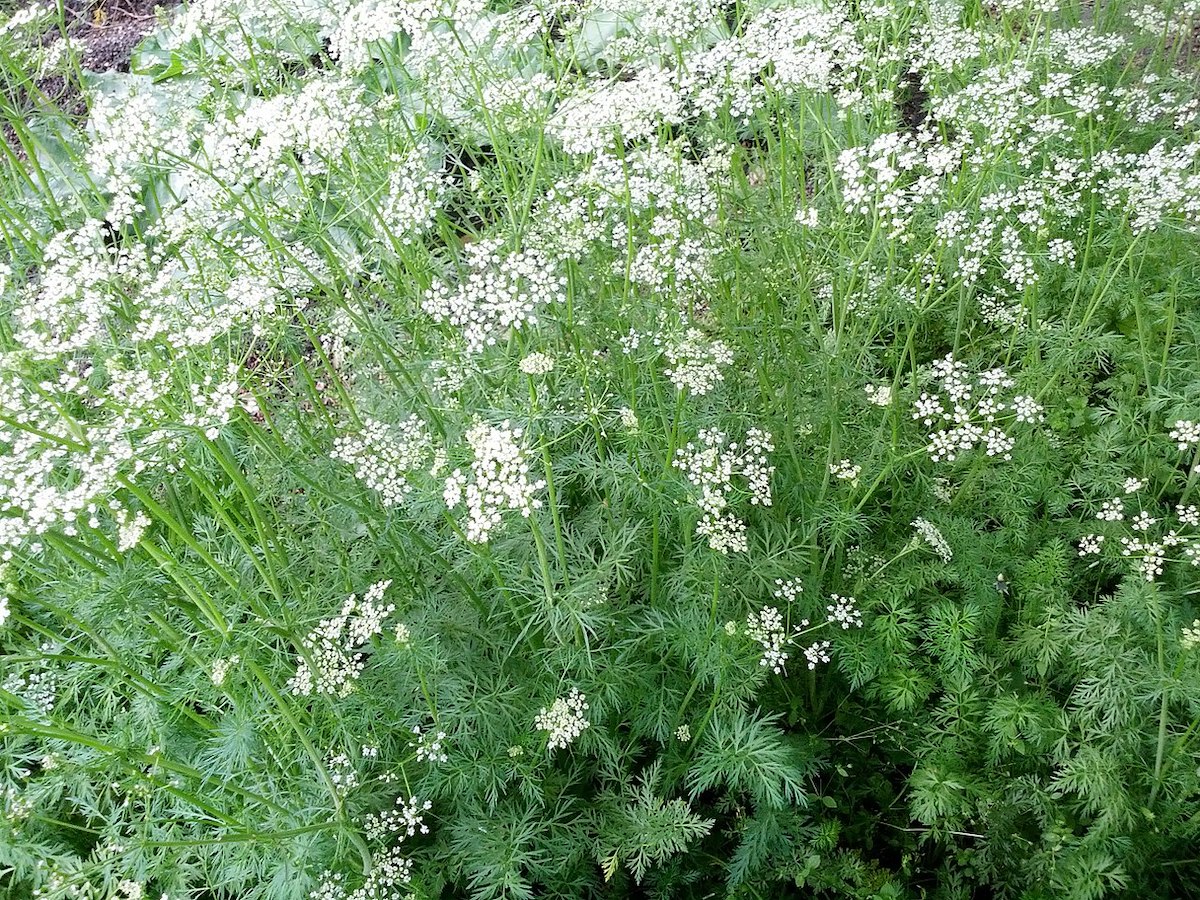 Cumin is native to the Middle East, India, Northern Africa and the Mediterranean. I’ve read its earliest uses were in the Nile Valley in Ancient Egypt. Saying that, you can most likely grow cumin in your garden at home.

If you live in a northern area, you may have to start your seeds indoors until the outside temperatures warm up. Cumin loves the sun and you should plant your seeds or starters in full sun.

Did you know cumin is the second most popular spice in the world?

You’ll want to plant a bunch of cumin seeds because it takes a bunch of plants to produce the amount of sees you may use in a year. Plus, the plants seem to do better when grown in bunches by supporting one another.

It will take between 100 and 150 days from planting to harvest. That’s 3 to 5 months so you’ll want to start them early.

Did you know the main producer of cumin is India and they produce over 70 percent of the world’s cumin supply.

How Do You Know When the Seeds Are Ready to Harvest?

Once they are ready to spill, yank the plants from the ground, tie them together and hang them in a dry play to let them completely dry. Once dry, you can remove the seeds by placing them in a bag, hit the bag with a stick to release the seeds.

You’ll need to separate the seeds from the stems and chaff. The stems are easy to remove but the chaff, not so much. I did a search for techniques and found one that is surprisingly easy and incredible effective.

The chaff is the seed covering that separates from the seed when you thrash the bag. It is light and feathery. I watched this video of a guy holding a stainless steel cooking bowl with the seeds and chaff combined. He gently shook the bowl while lightly blowing into it to blow the chaff right out of the bowl.

You’ll want to do this outside so you don’t make to big of a mess but the technique works great. You end up with just the seeds in the bowl.

Cumin adds warm to any dish and has an earthy, peppery flavor.  Saying that, I’ve read cumin seeds from different countries will have different flavor profiles.

When you first taste cumin, you’ll notice a strong, zesty, bitter flavor but with an underlying taste of earthy, nutty flavor. If you want the full flavor from whole cumin seeds, it’s best to lightly toast them first to release their oils. 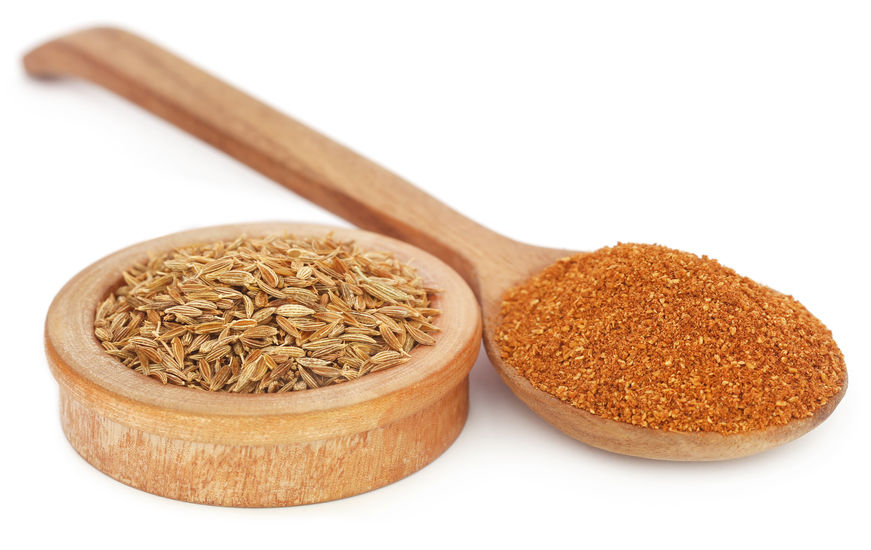 Ground cumin’s flavor is more powerful than whole cumin seeds so you’ll need less of it in your recipes. If a recipes calls for 1 tablespoon of ground cumin, you can substitute 1 1/4 tablespoons of cumin seeds.

You can find both whole cumin seeds or ground cumin at your supermarkets. Different recipes call for one or the other. If you own a spice grinder or mortar and pestle, you can just purchase whole seeds and grind some when you need it.

Whole cumin seeds are often toasted in a dry, hot pan to bring out their earthy flavor and used as a topping in salads, soups, or curries. Like toasted sunflower seeds, they add a bit of crunch to a dish but then add their warm, peppery flavor to whatever you are serving.

No matter what you are preparing, whole cumin seeds are typically added to the recipe early so they have time to release their oils for full flavor and aroma.

Ground cumin or ground toasted cumin seeds have even more use uses including the preparation of  curries, adobo blends, soups, chili, garam masala, barbecue sauces, rubs, marinades and much more. I have seen ground cumin combined with salt to make a great seasoning for chicken, fish or vegetable dishes. 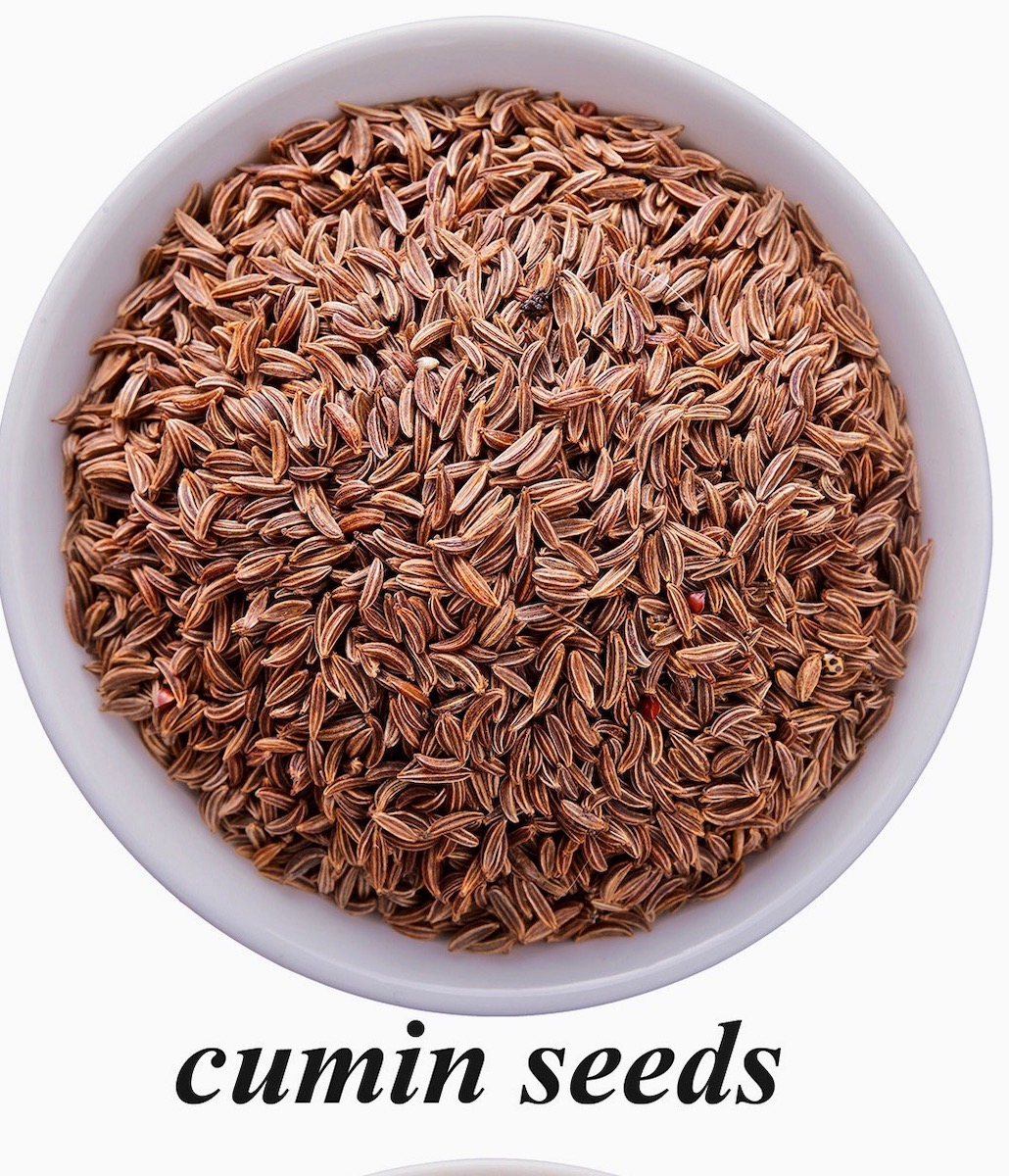 How to Store Cumin

As I mention earlier, I find it best to buy whole cumin seeds and grind them yourself when you need it. This way your ground cumin will retain its freshness for much longer.

I’ve looked at several websites to find out how long ground cumin will last if properly stored and come up with ranges from 6 months to 3 years. I recommend somewhere closer to the 6 months but I admit, I have spices in my spice drawer that haven’t seen the light of day for a while.

You can always give your cumin a sniff and taste before using to make sure it has its freshness, flavor and aroma. If it doesn’t have that pungent earthy flavor, it may be time to replace.

The best way to store both ground cumin and whole cumin seeds is in sealed glass jars kept in cool, dark, and dry places. In other words, you kitchen cabinet or pantry.

What Spices Does Cumin Pair Well With?

One of the great aspects of cumin is how well it blends with other herbs and spices. If you search the Internet, you’ll find various spice blends using cumin or you can make your own.

Spices that combine well with cumin:

Foods that cumin pair well with:

Some of My Recipes with Cumin In Them

Here are some of my recipes using cumin, ground and whole. What surprises me is how many there are. I’ll keep adding them as I find them.

What Are the Health Benefits of Cumin?

I am not a nutritionist so I can’t say for sure what the health benefits are but I can share some of the benefits I’ve read about from other websites.  According to one site, using cumin in your food preparation can:

No wonder it is such a popular spice around the world if it has all these health benefits. As I said, I don’t think there are many scientific studies out there proving these suggestions, but it makes sense by how they have been used over time, there may be some validity to it.

I have been to Indian restaurants where they offer you raw cumin seeds at the end of the meal to chew on. People in India often chew cumin seeds to aid in digestion.