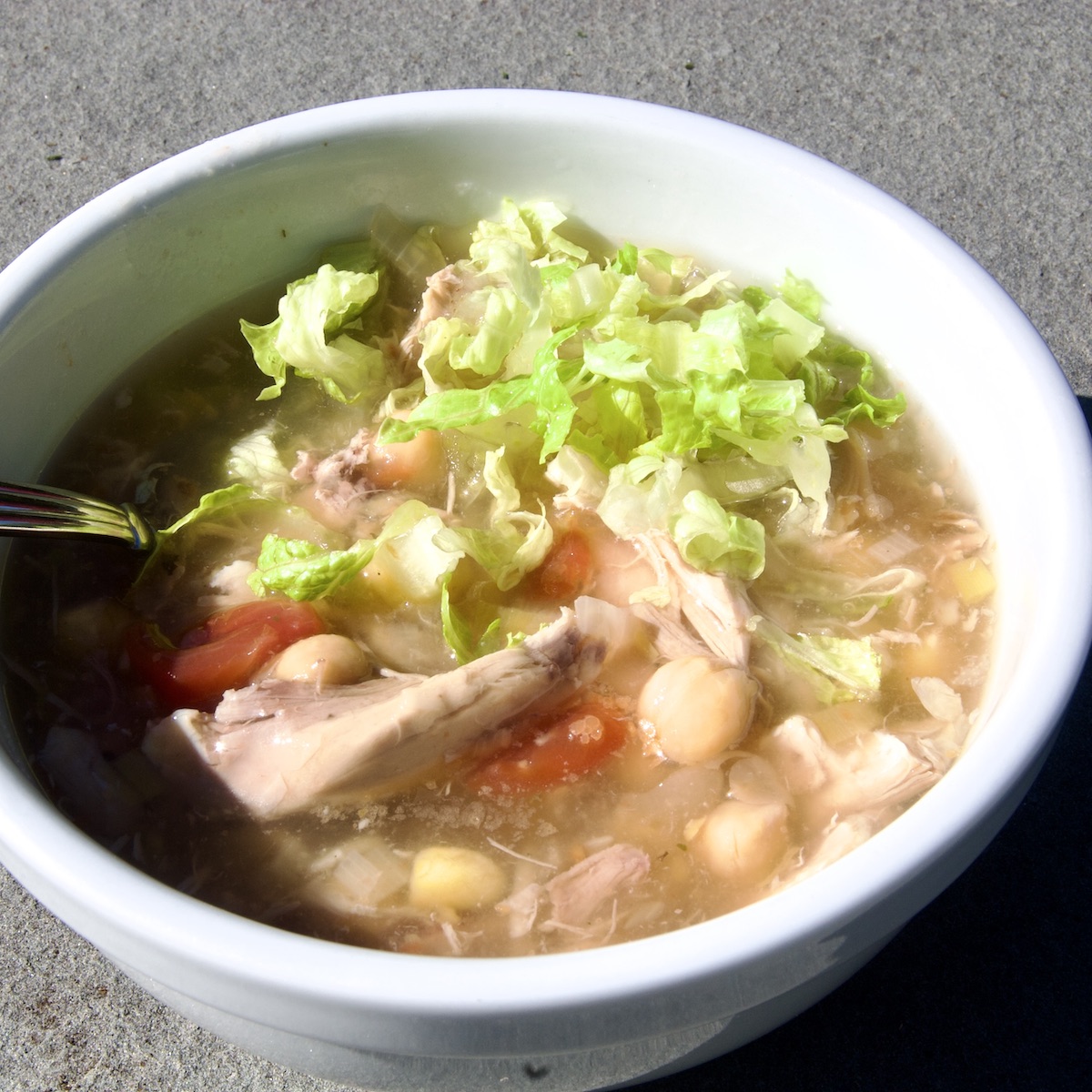 A Traditional Mexican Soup But Made With Chicken

Posole is a Mexican diss traditionally prepared with a less expensive cut of pork like the shoulder but can also be made with chicken or turkey. It is made the same way, except you substitute chicken or pork.

I prefer thigh meat because I think dark meat has more flavor and won’t dry out like breast meat can but don’t let that stop you from using the meat from a whole chicken.

Hominy is one of the key ingredients to any posole, making it unique. Hominy is made from kernels of corn whose hull and germ are removed with the help of an alkali solution of either lime or lye. As a result, you end up with grain kernels that puff up to twice their average size.

Did you know that grits, also called hominy grits, is
dried hominy that’s been ground and simmered?

The corn used to make hominy is not the sweet corn we eat off the cob. Instead, it comes from maize, corn used to produce corn meal. You can purchase hominy either dried or in a can.

The dried hominy needs to be soaked and then simmered for hours before it can be used for posole, but the canned hominy has already been cooked and is ready to go. Which is better? I don’t know; I’ve only used canned hominy in my recipes.

If you are looking for a traditional posole made with pork, look no further. 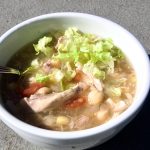 For the Pepper Puree

Just like the pork posole, this dish is delicious but I think it’s even better the next day.